MANHASSET, N.Y., June 26, 2017 — Mike Nolin and Levi Schmitt, two participants in Army Ranger Lead The Way Fund’s Collegiate Access Program (CAP), have been accepted to attend Columbia University’s undergraduate program. In addition, both Schmitt and Nolin have been invited to take part in the prestigious Warrior-Scholar Project (WSP) before enrolling at Columbia. Nolin, who is a Purple Heart Recipient, will be attending a WSP course hosted by Texas A&M in the Spring. Schmitt will be attending a WSP course at University of Michigan this Fall.

The WSP empowers enlisted military veterans by providing them with a skill bridge that enables a successful transition from the battlefield to the classroom and increases the confidence they will need to successfully complete a rigorous four-year undergraduate program at a top-tier school.

Schmitt and Nolin credit Army Ranger Lead The Way Fund with providing the resources to encourage and assist their academic trajectories. CAP is designed to help Rangers returning from active duty as they navigate through the reintegration process. Ultimately, the central mission of CAP rests on providing the professional and academic support needed to ensure that Rangers have a rewarding and prosperous civilian life.

“This is a great result for our guys. We’re always excited to help Rangers seek out new opportunities,” said Myles Grantham, who coordinates the Collegiate Access Program (CAP). “And even as they start their academic careers, Army Ranger Lead The Way Fund will continue to help them achieve their goals.”

Upon completing the WSP course and enrolling at Columbia, Nolin says he hopes to join either the Columbia golf team or football team. Meanwhile, Schmitt says he is eager to gain access to the Columbia engineering department’s MakerSpace and become more familiar with the technology of 3D printing. He is also looking forward to joining the Columbia Against Modern Slavery Club so he can coordinate the group’s efforts with those of the HERO Corps program to combat human trafficking on a wider scale.

Army Ranger Lead The Way Fund, Inc., A 501c3 Non-Profit, Is An Active Duty, Casualty Assistance, Recovery, Transition And Veterans Organization That Provides Financial Support, Beyond What The Government And Veterans Affairs Can Offer, To U.S. Army Rangers And The Families Of Those Who Have Died, Have Been Disabled Or Who Are Currently Serving In Harm’s Way Around The World.

Santa Day with Lead The Way

A great time was had by children and parents alike at the 1st Annual Santa Day with Lead The Way hosted for the families of the 75th Ranger Regiment in Fort Benning.

It was great to see pictures and hear of all the smiles brought to the children’s faces as they played in bounce houses, did crafts and had a special visit from Santa himself.  We look forward to doing it again next year! 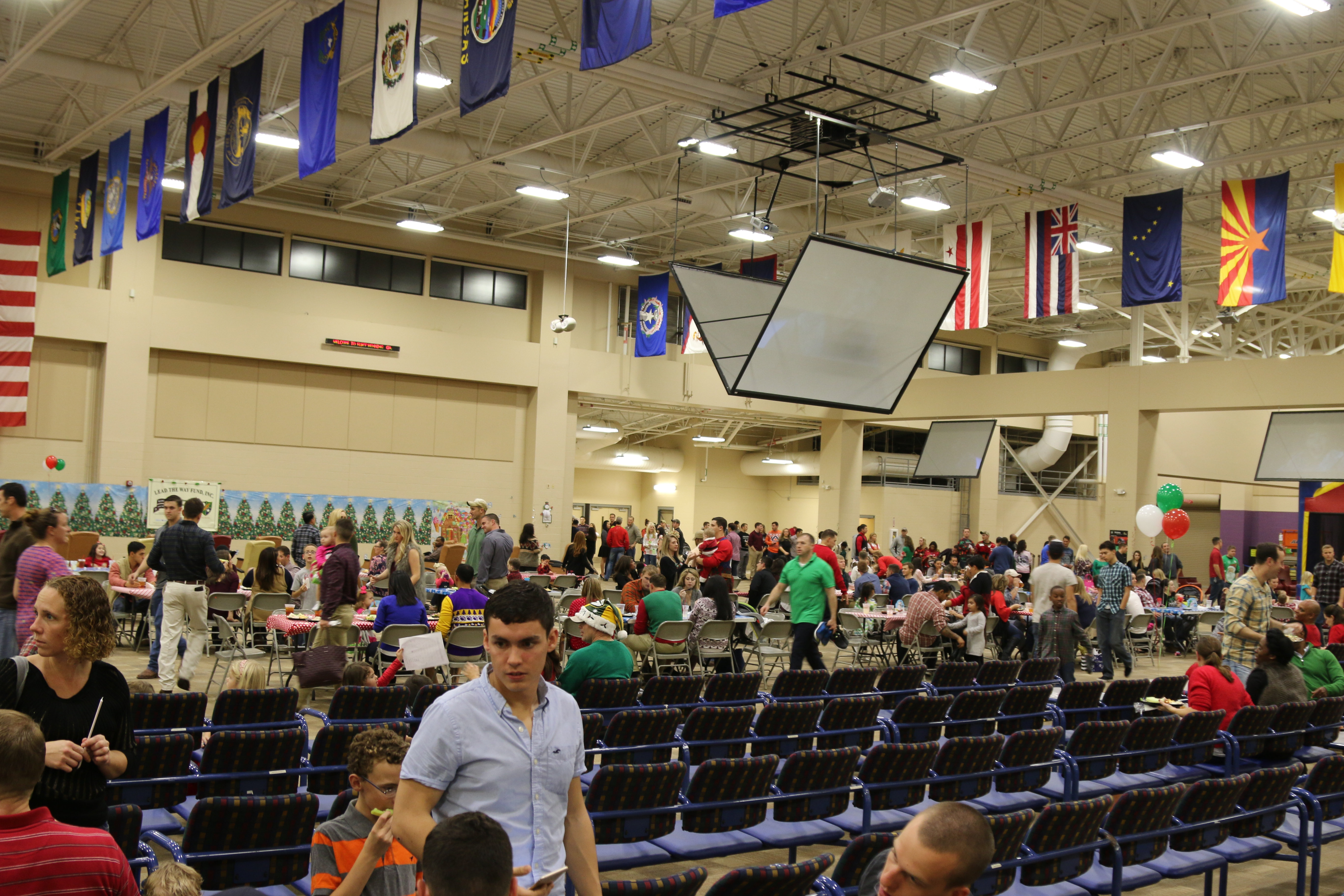 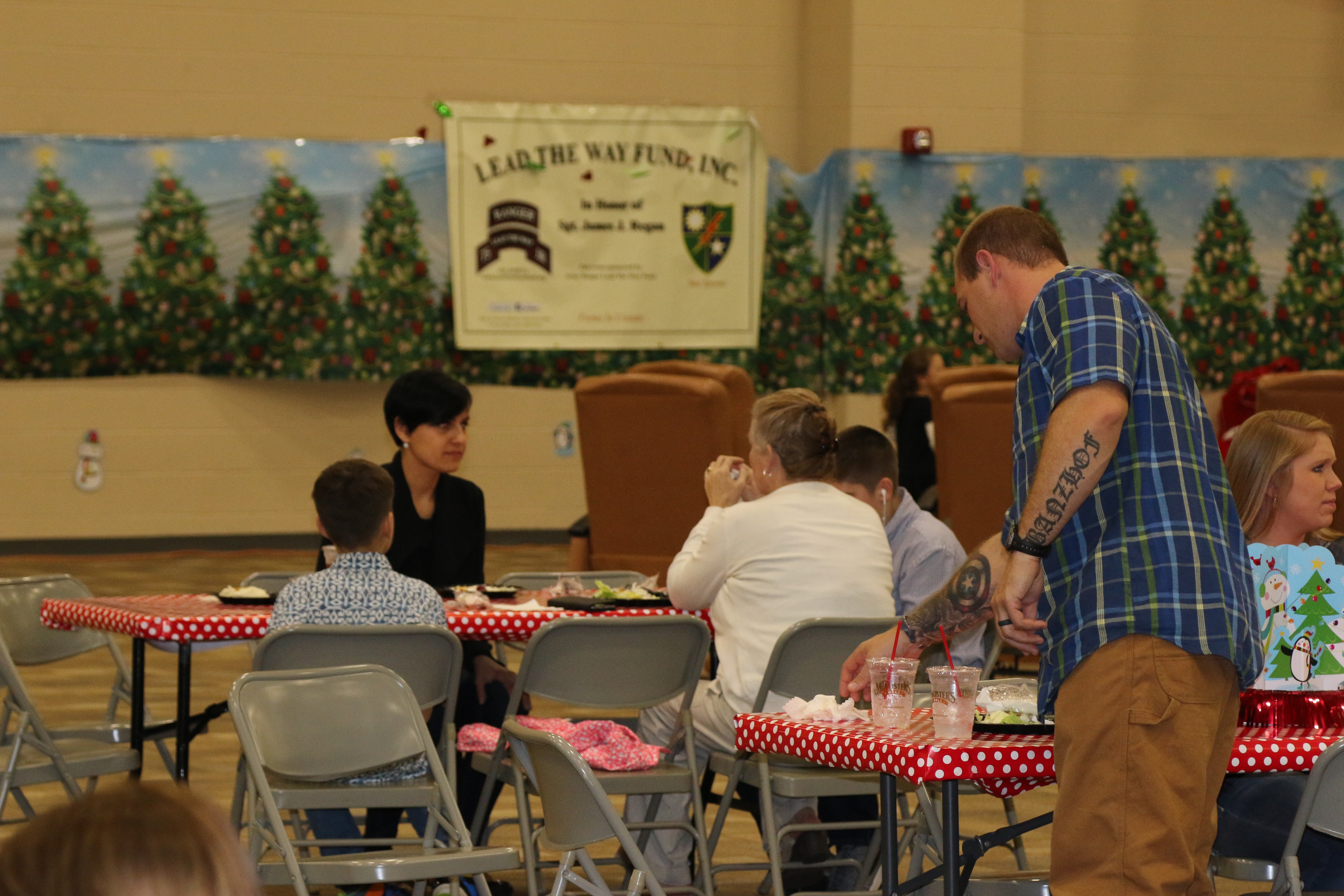 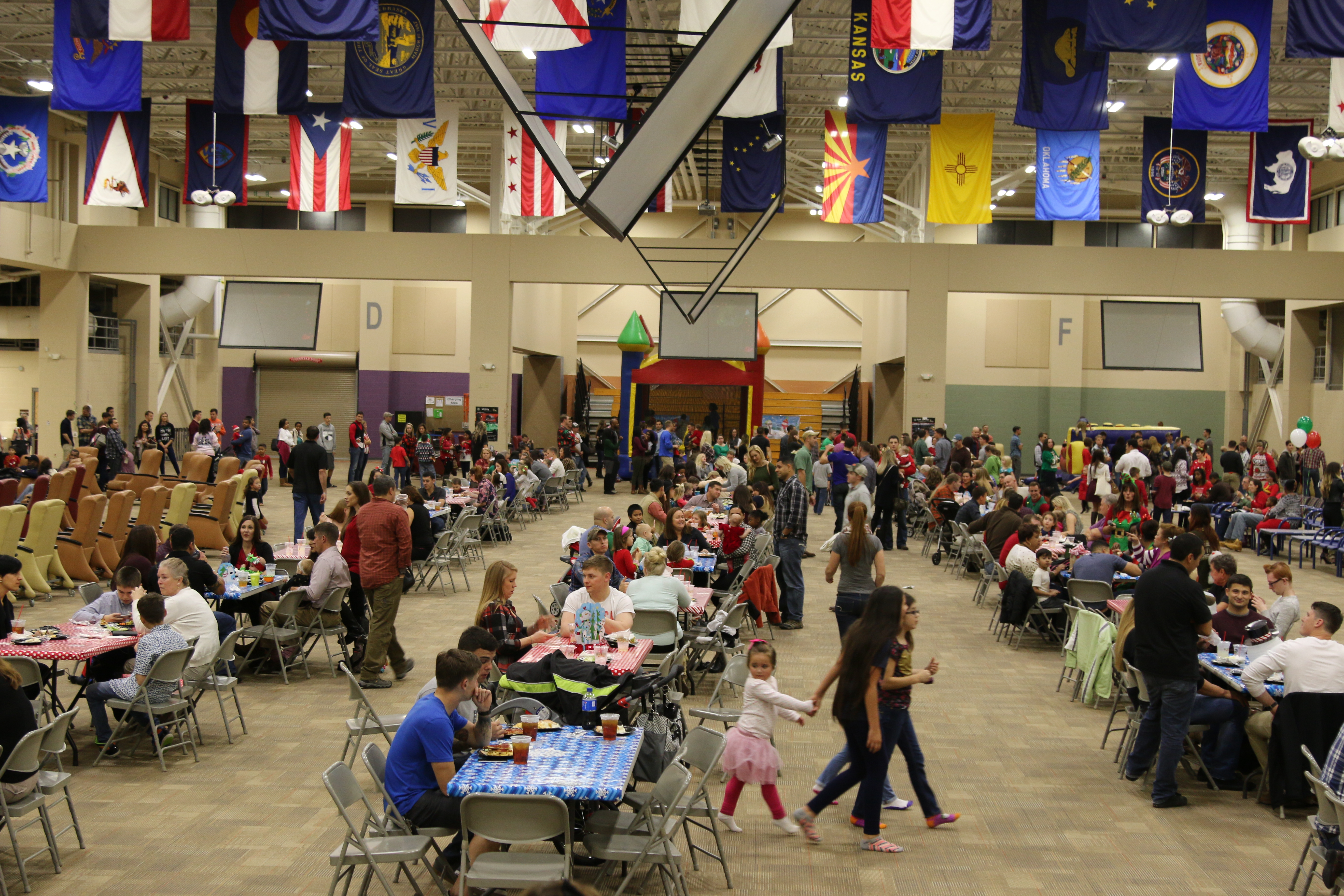 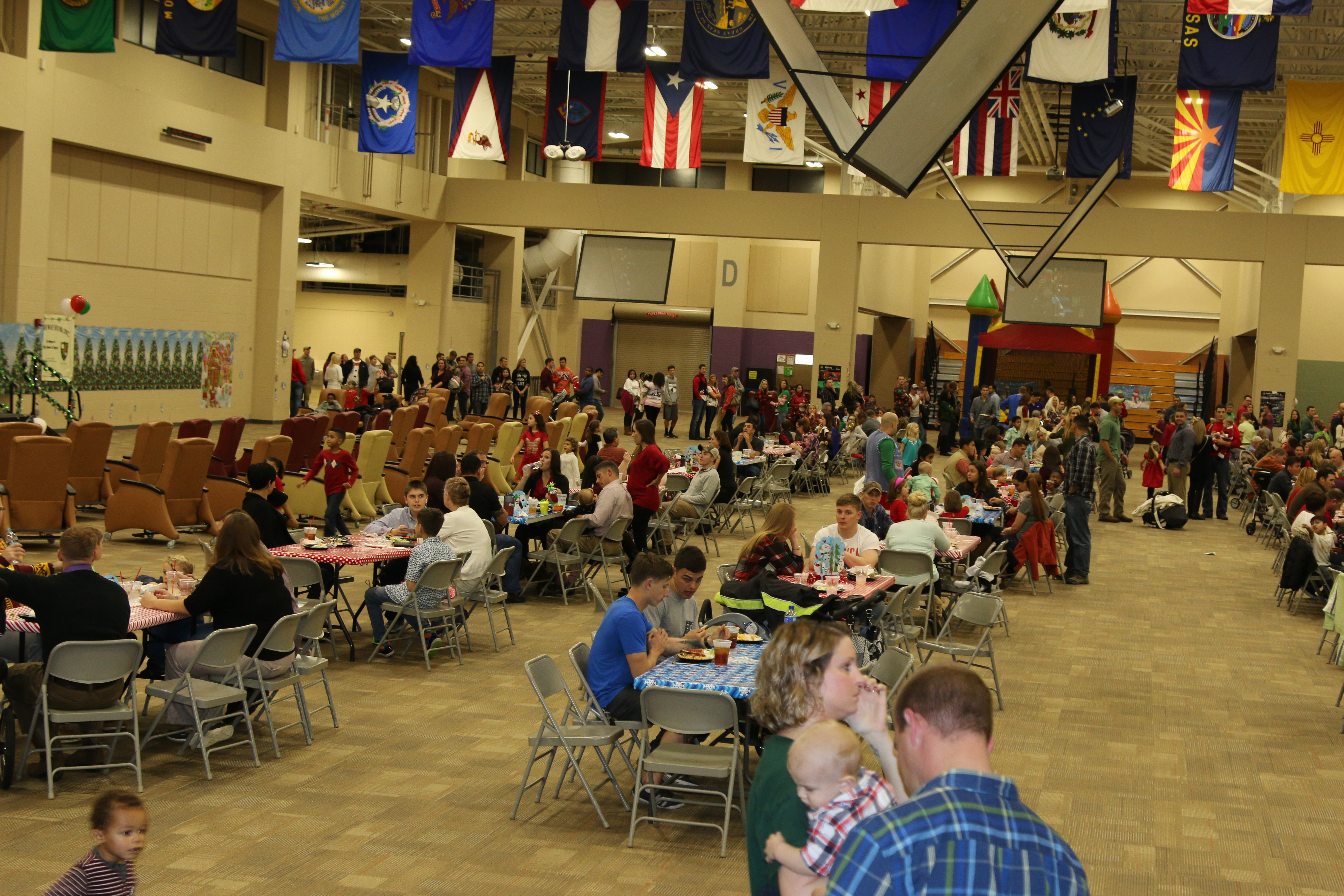 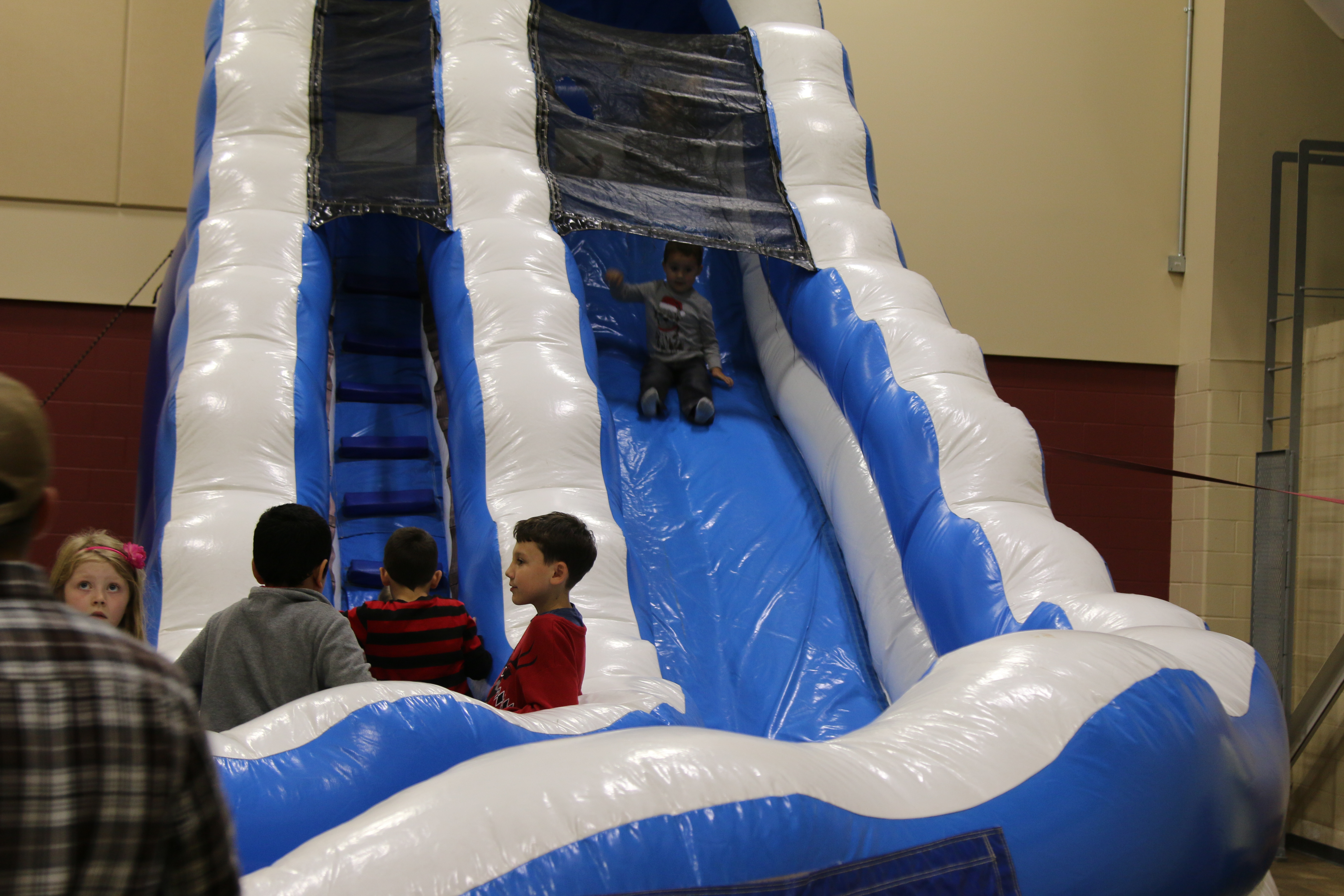 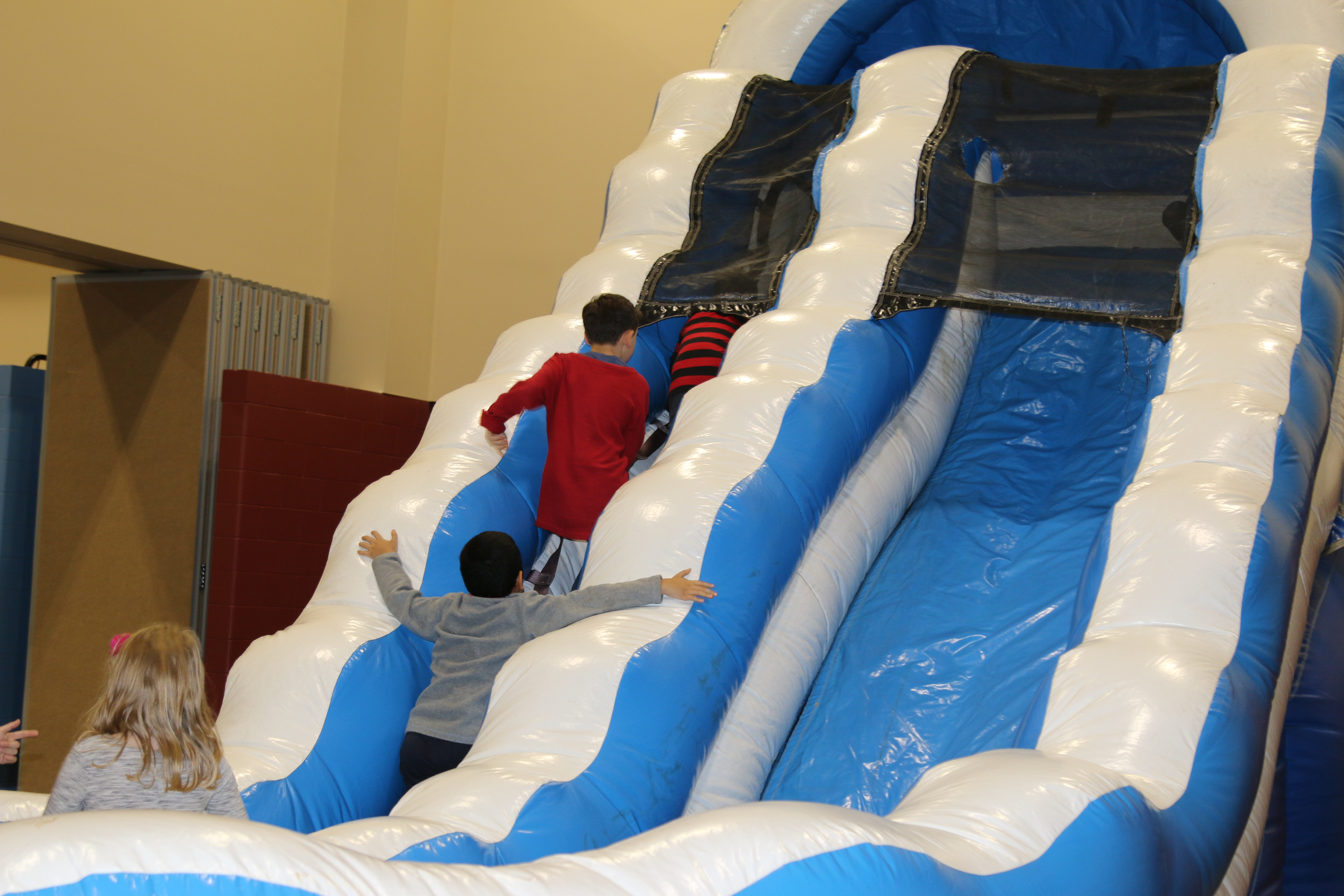 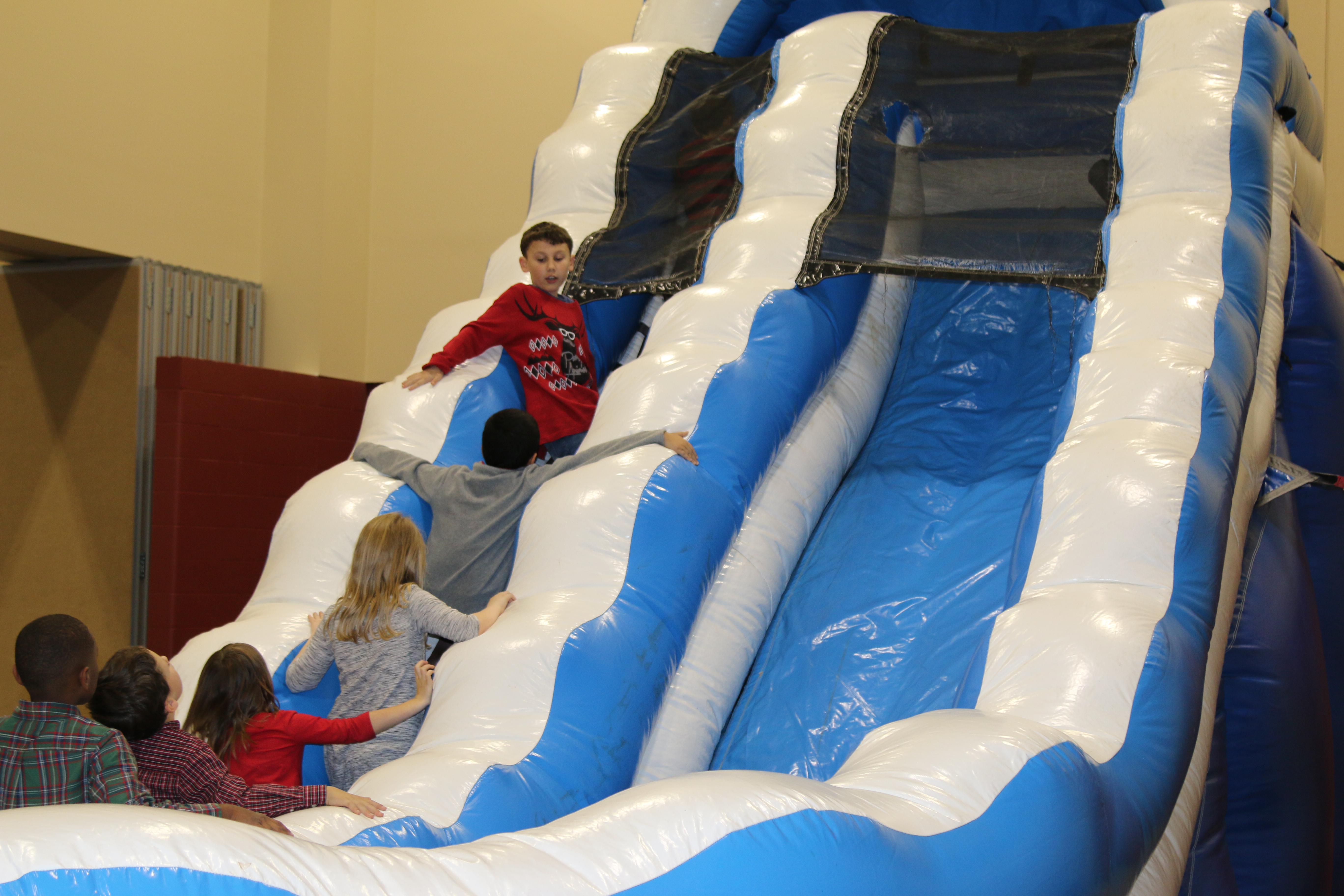 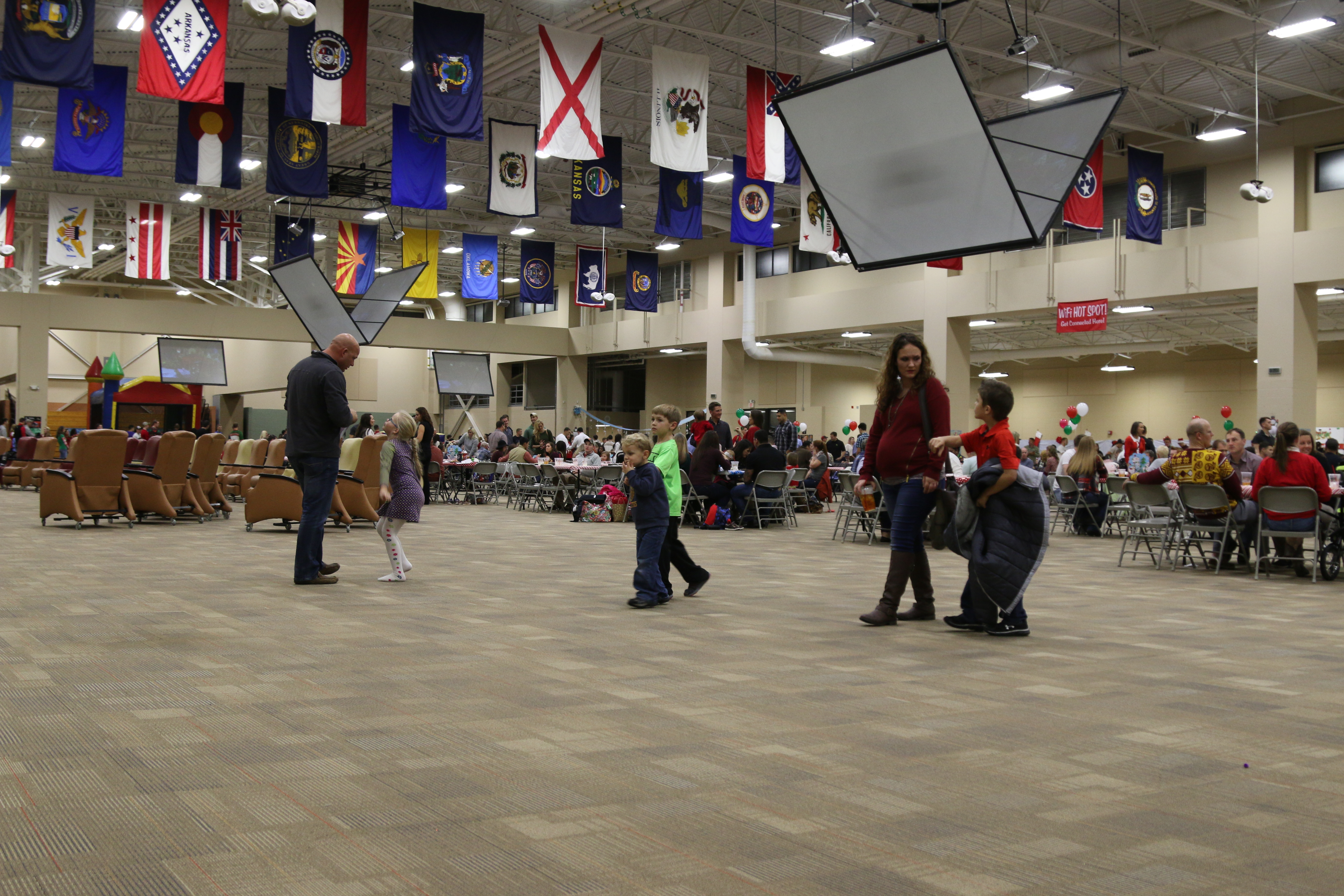 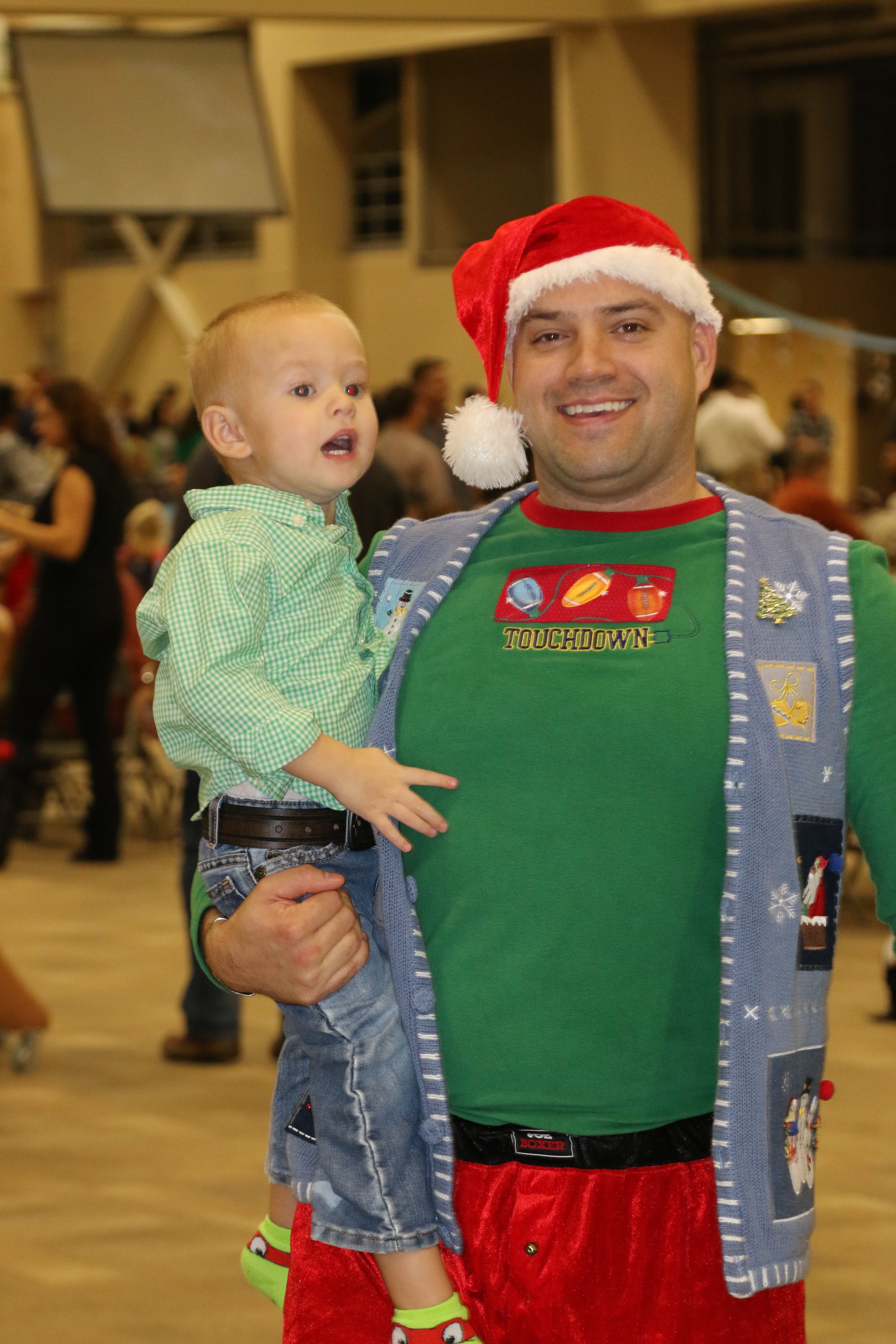 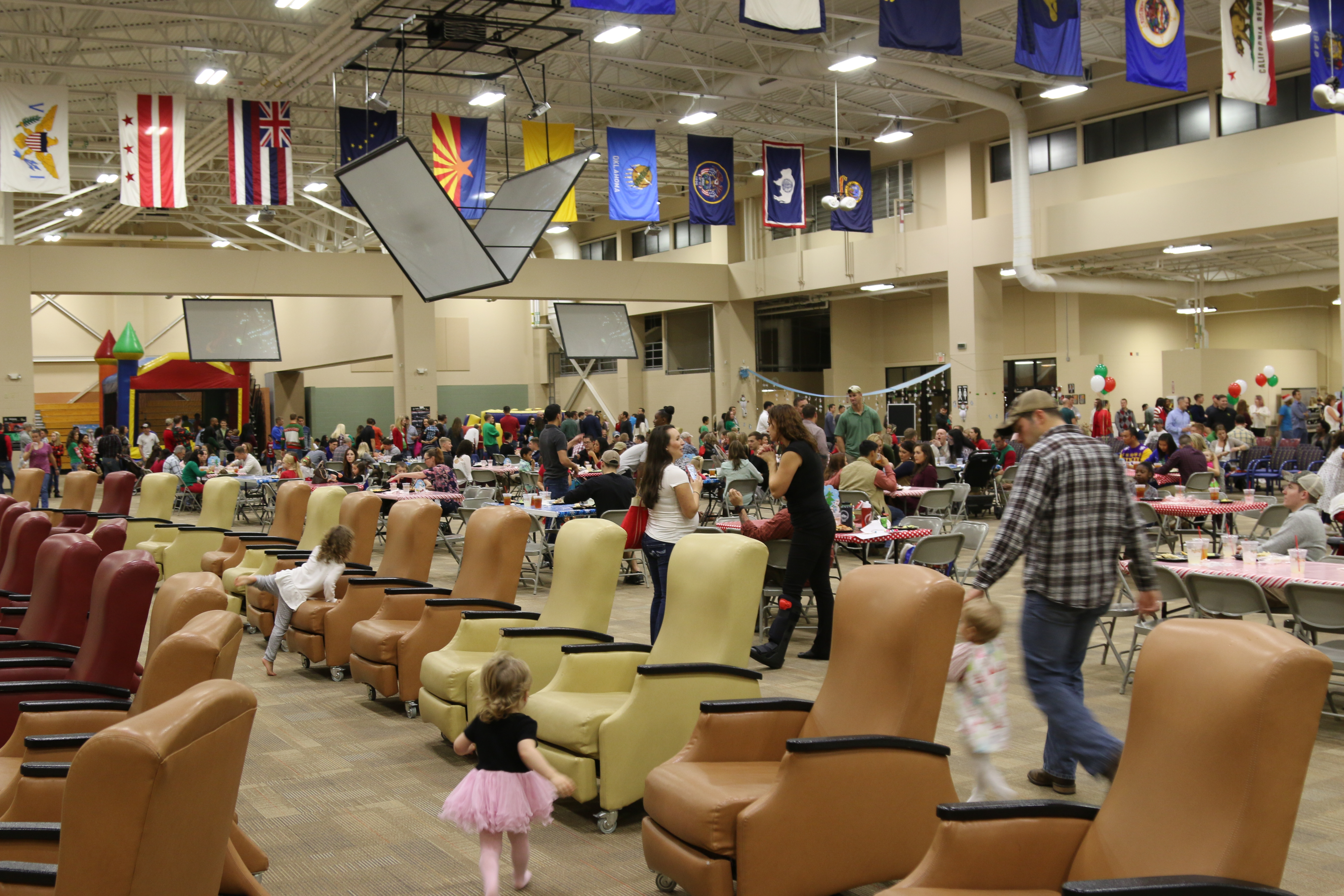 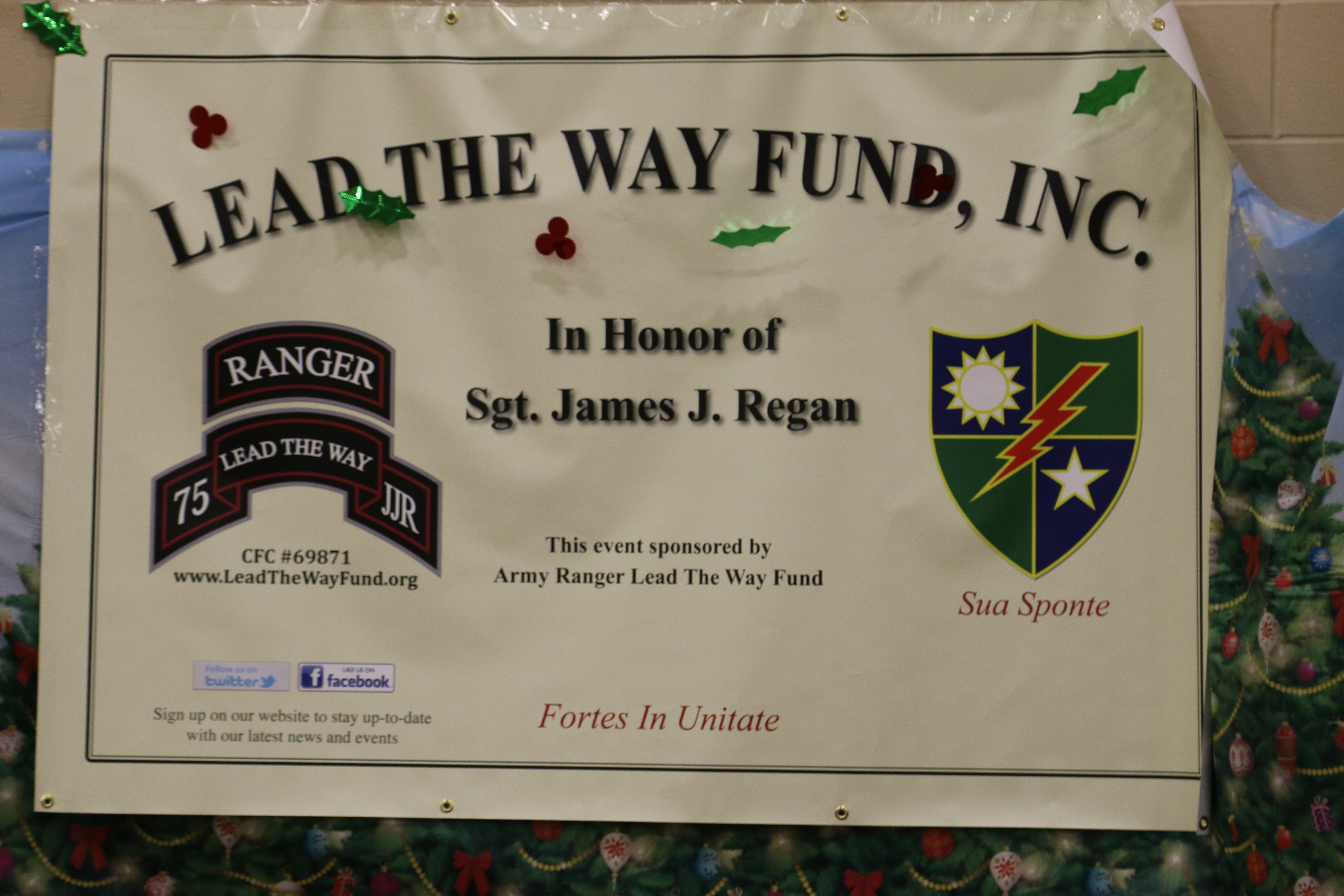 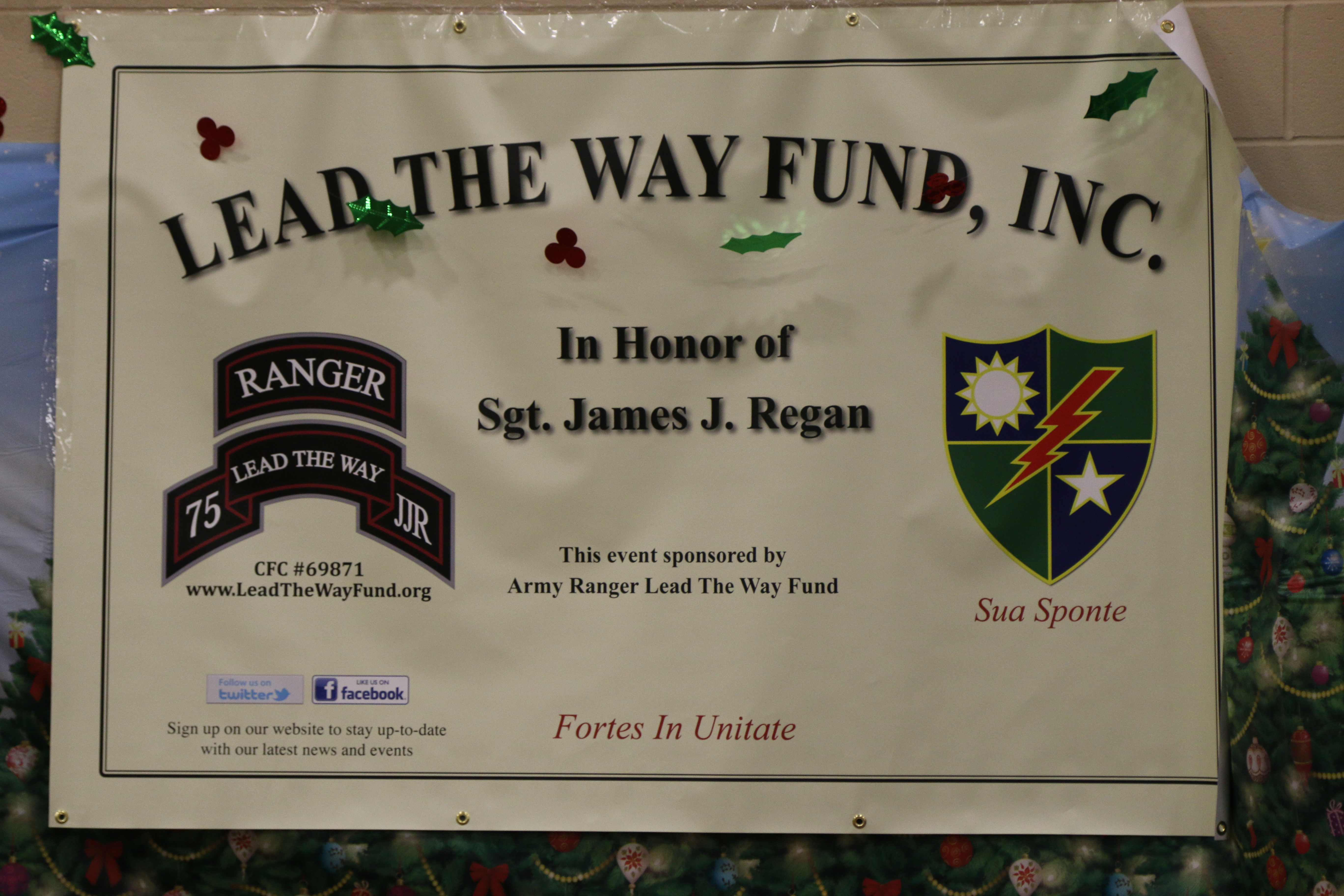 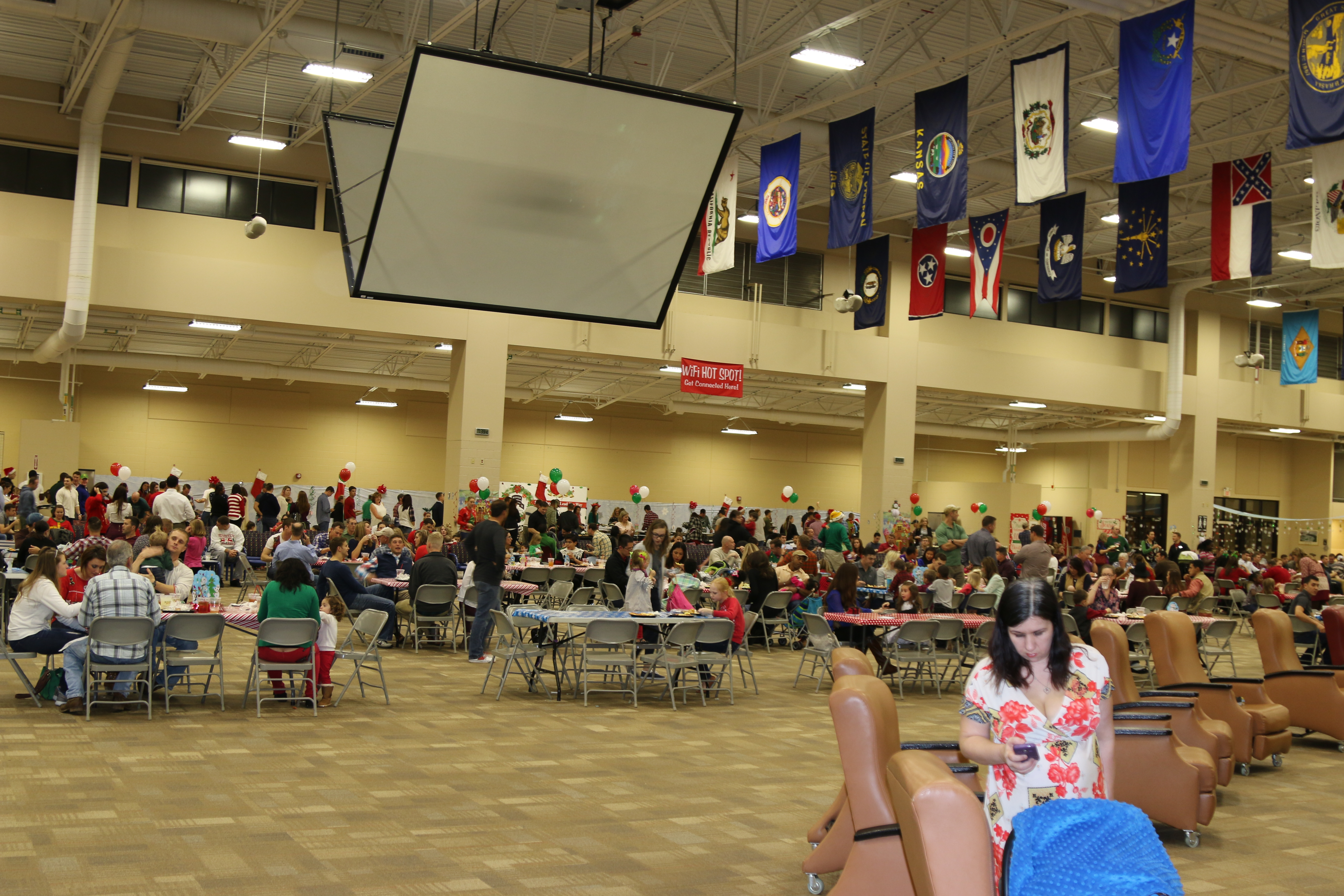 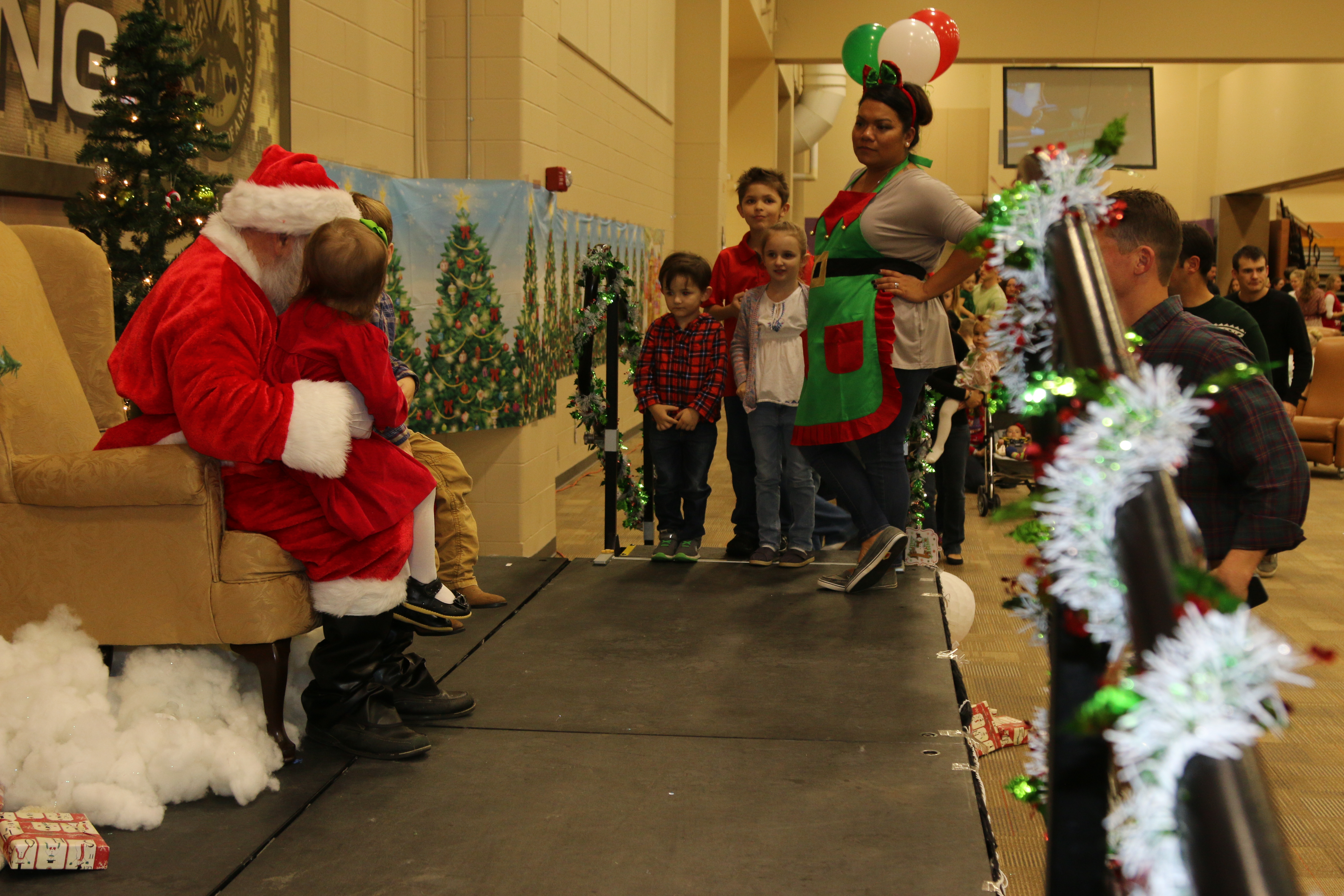 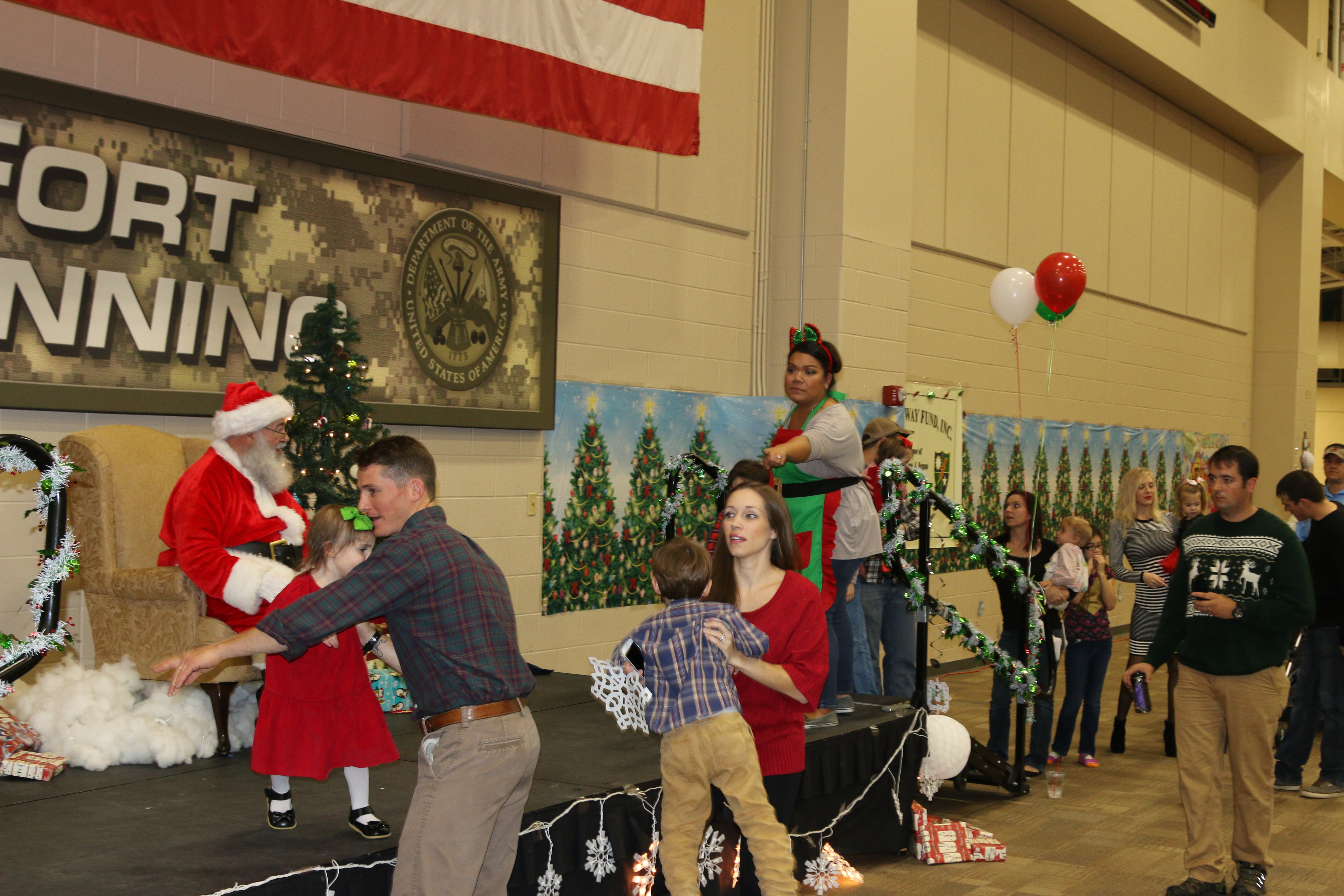 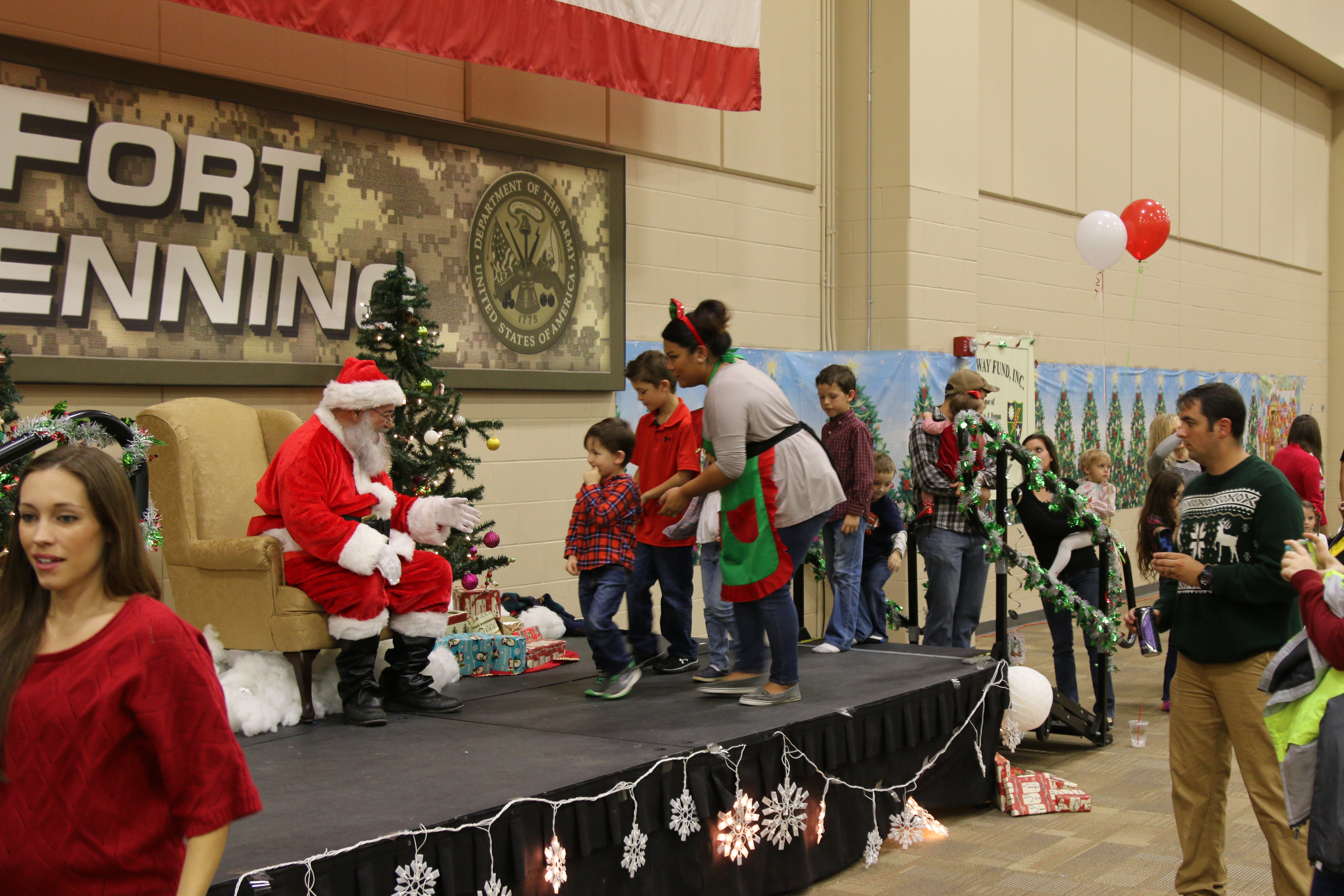 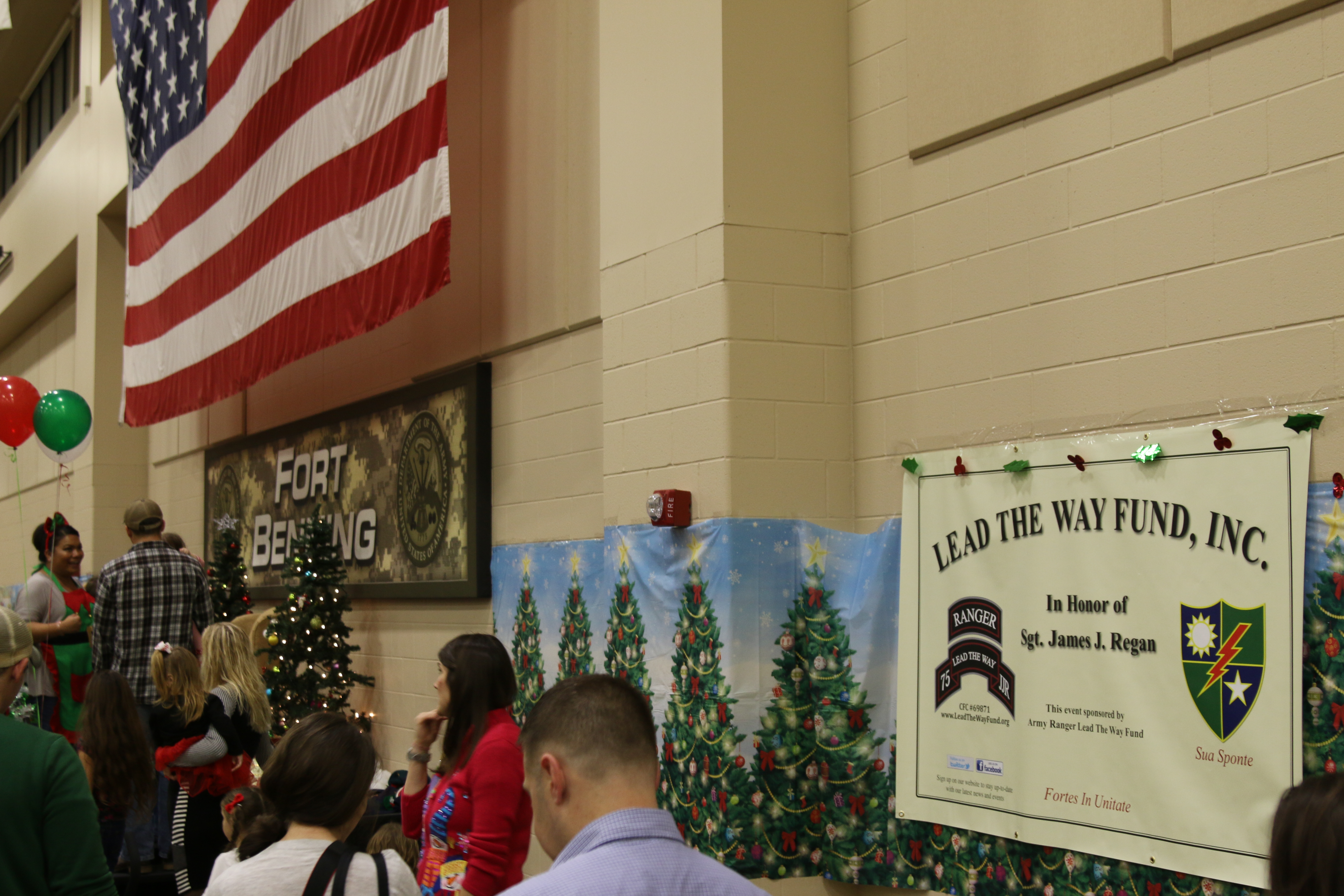 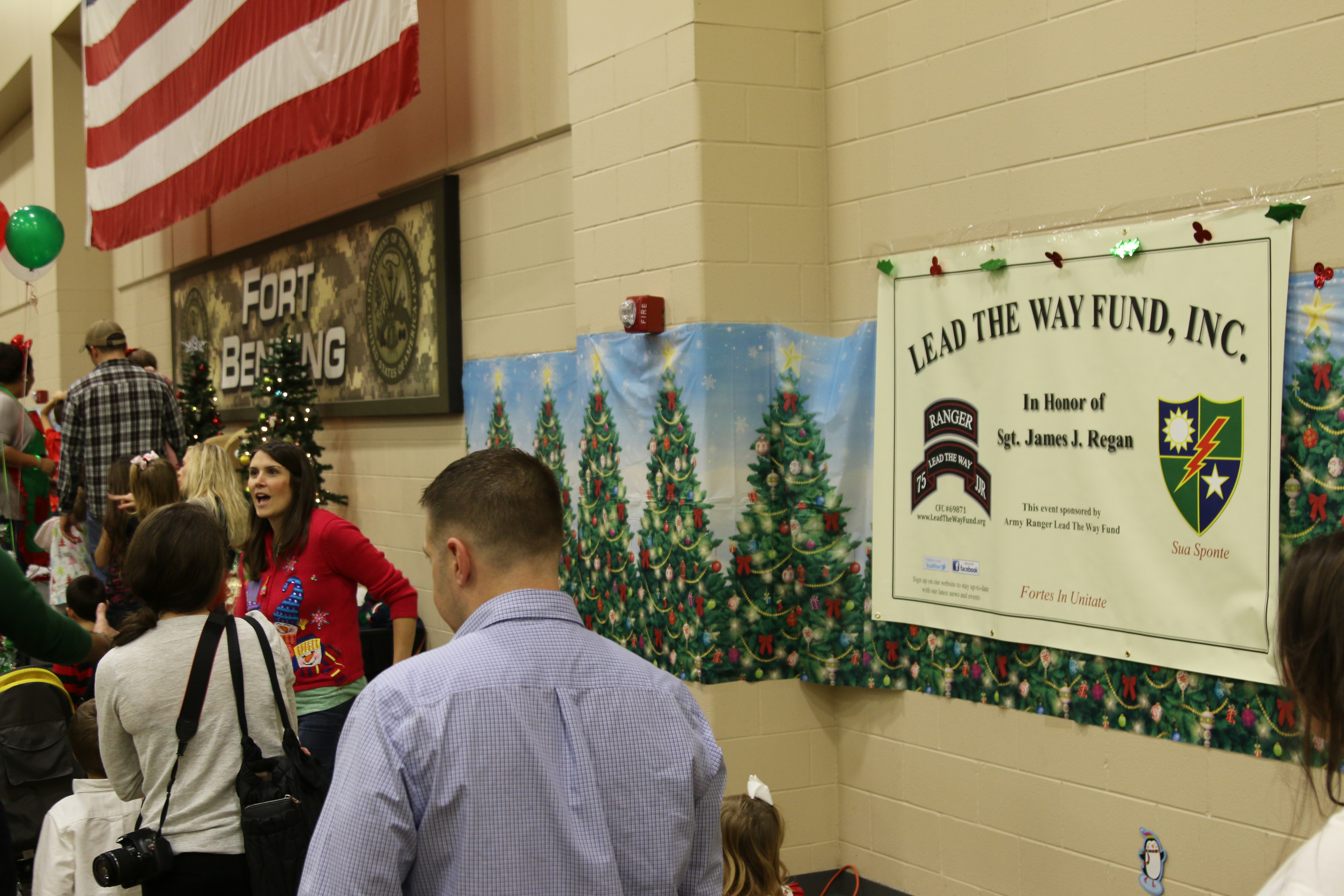 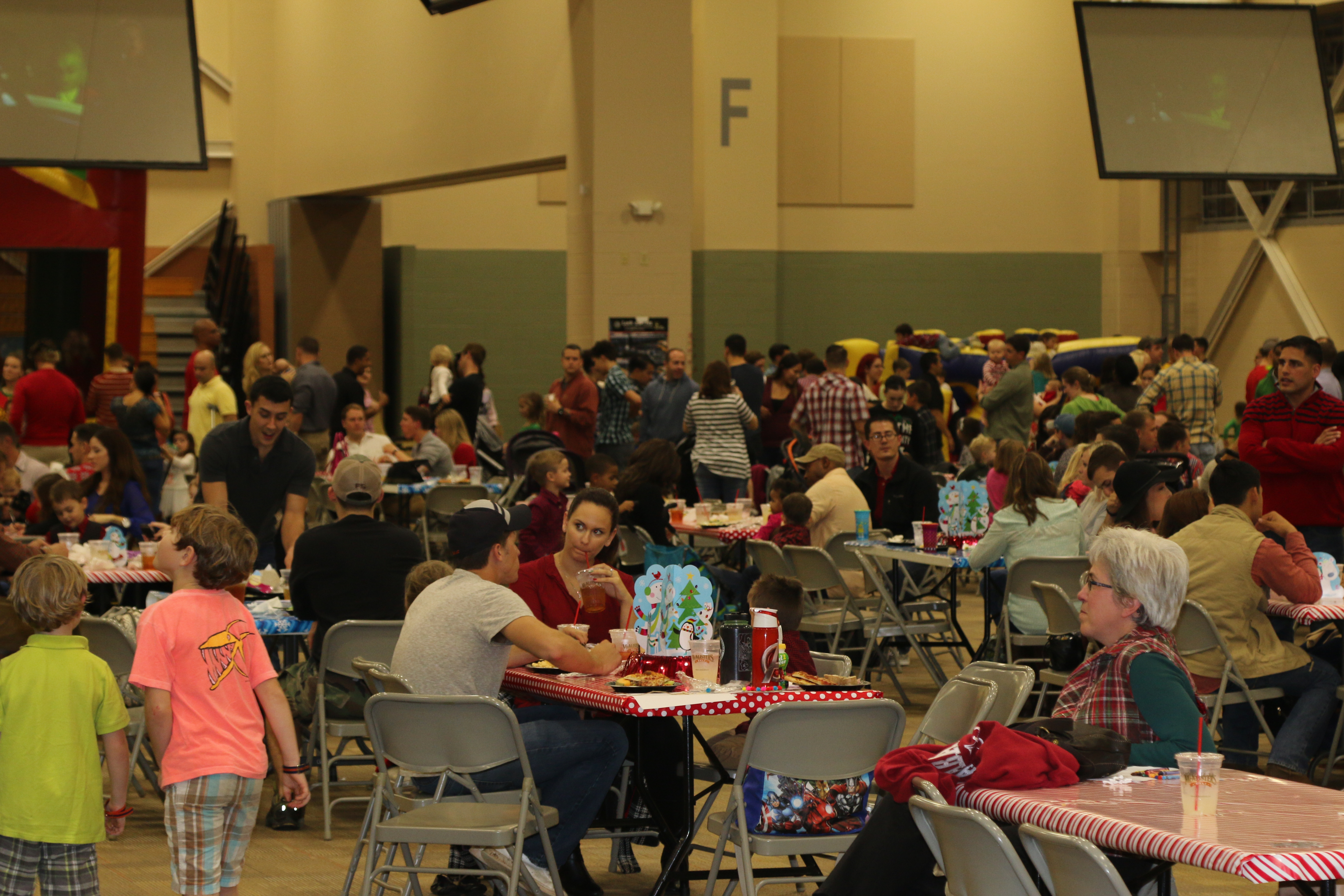 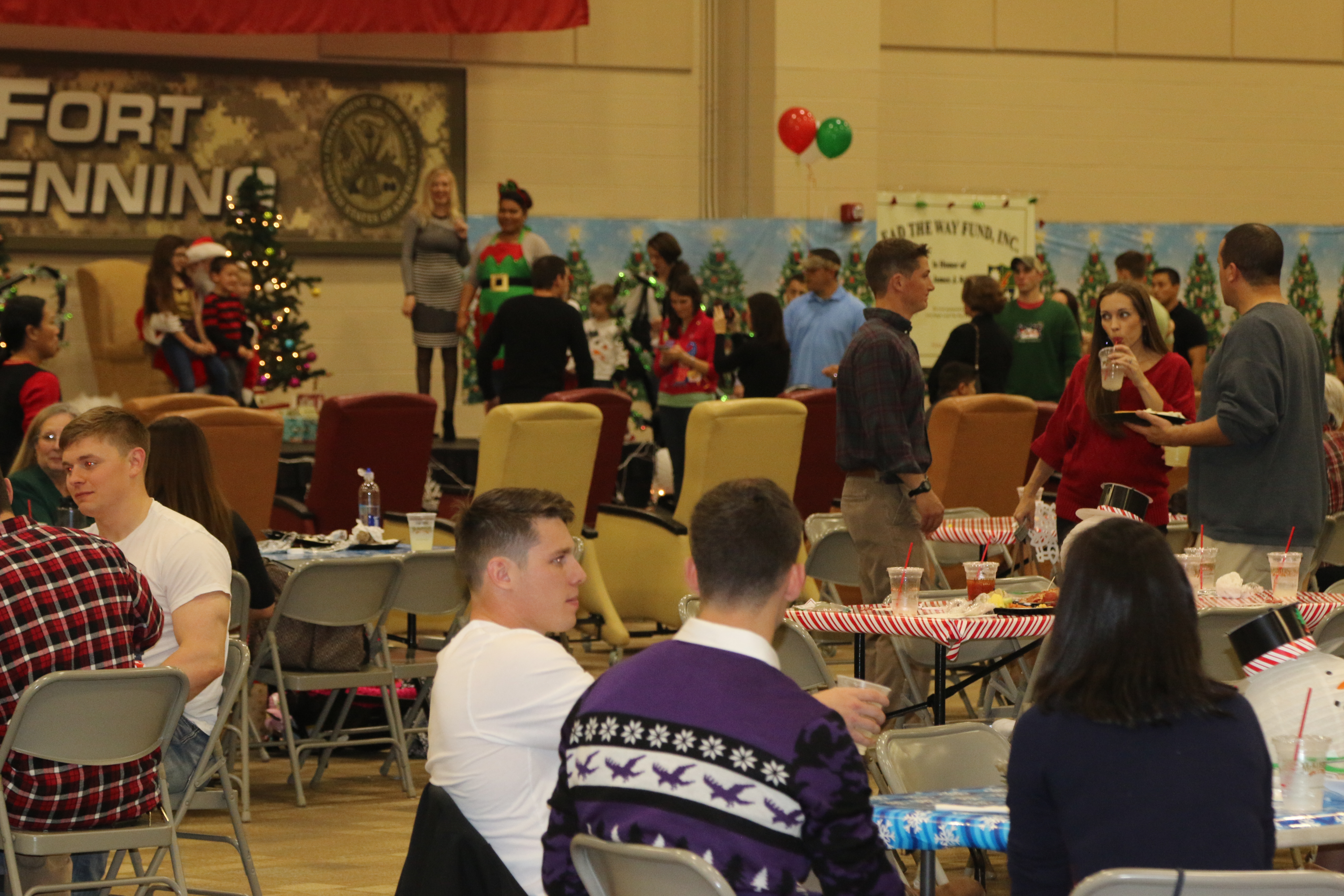 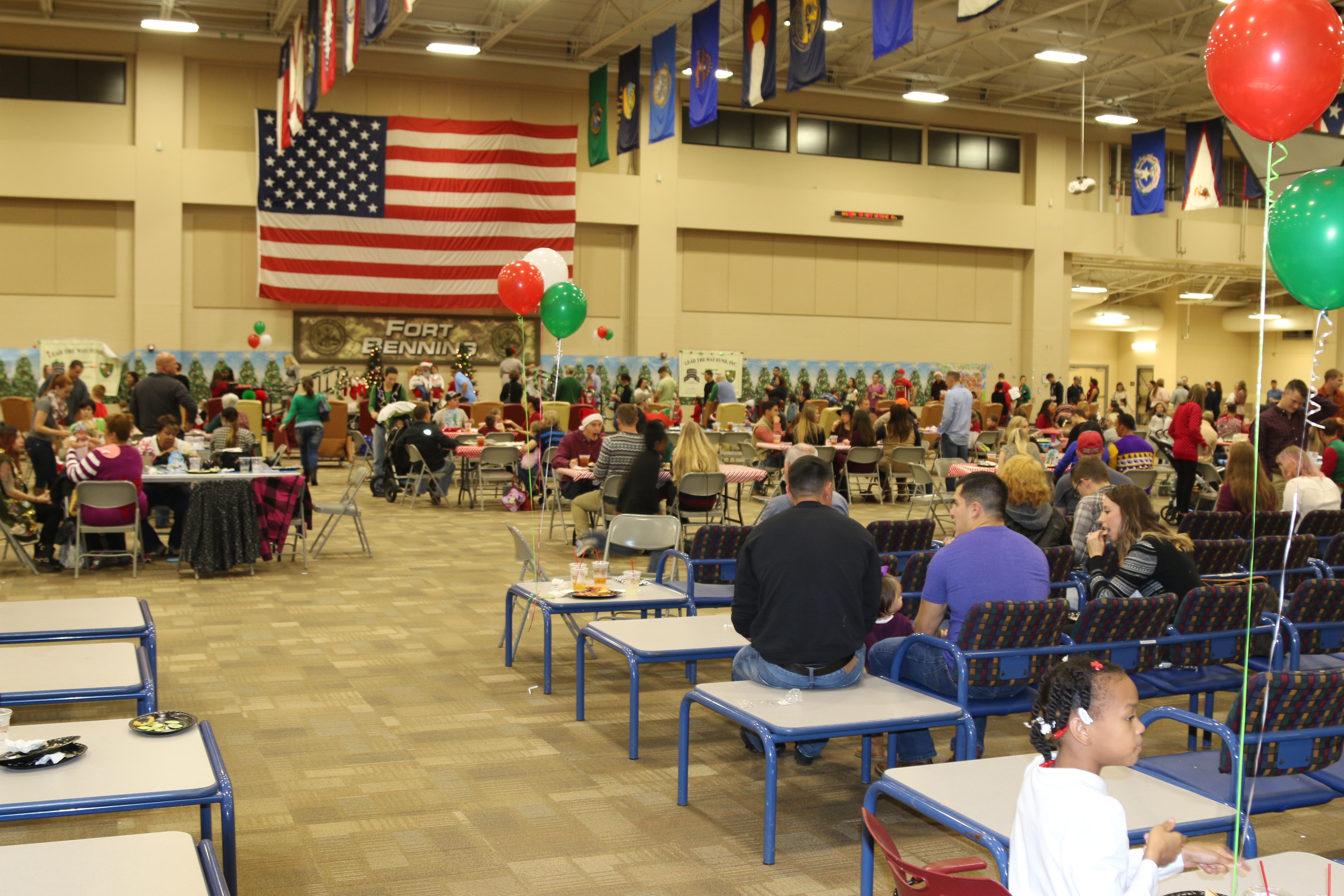 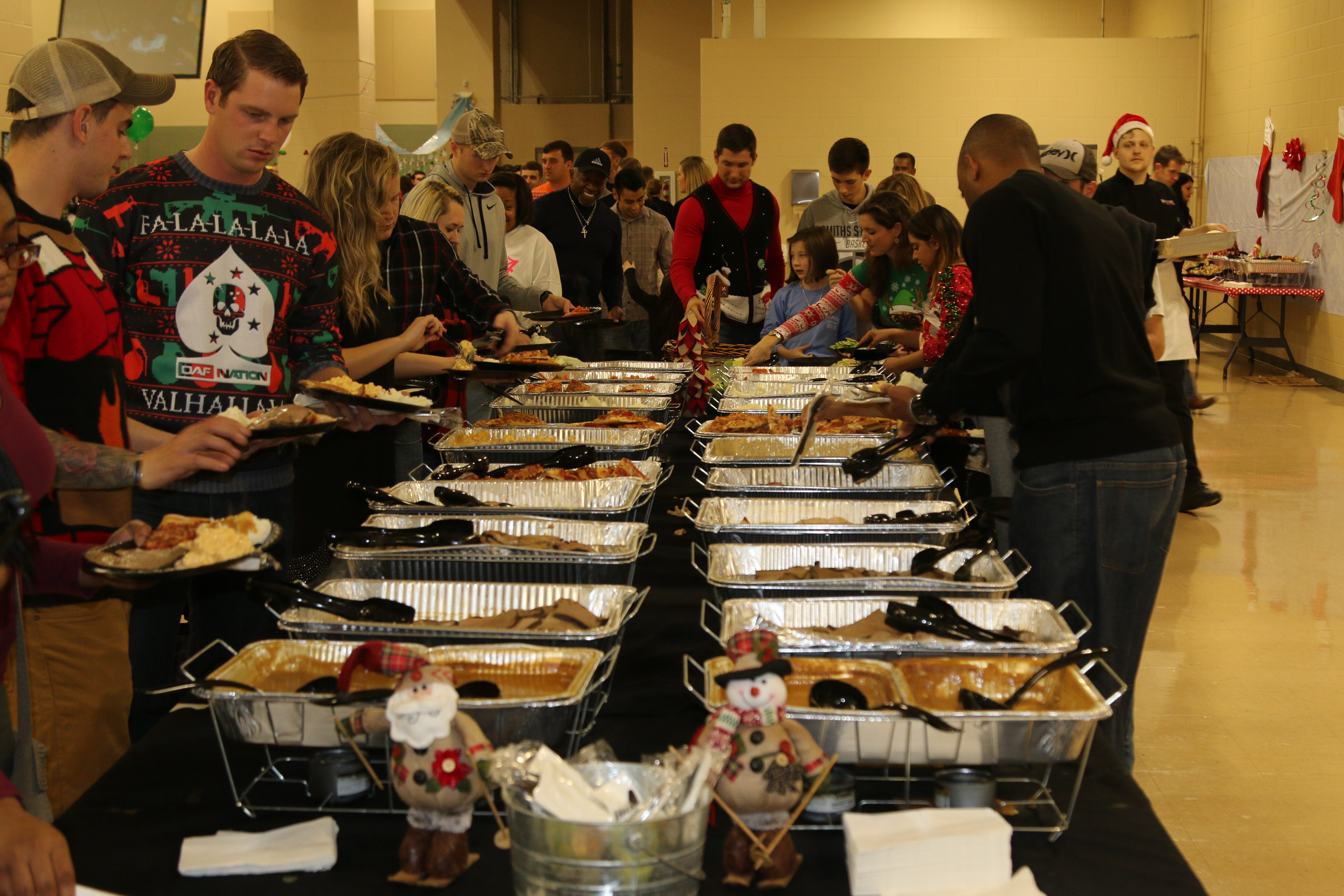 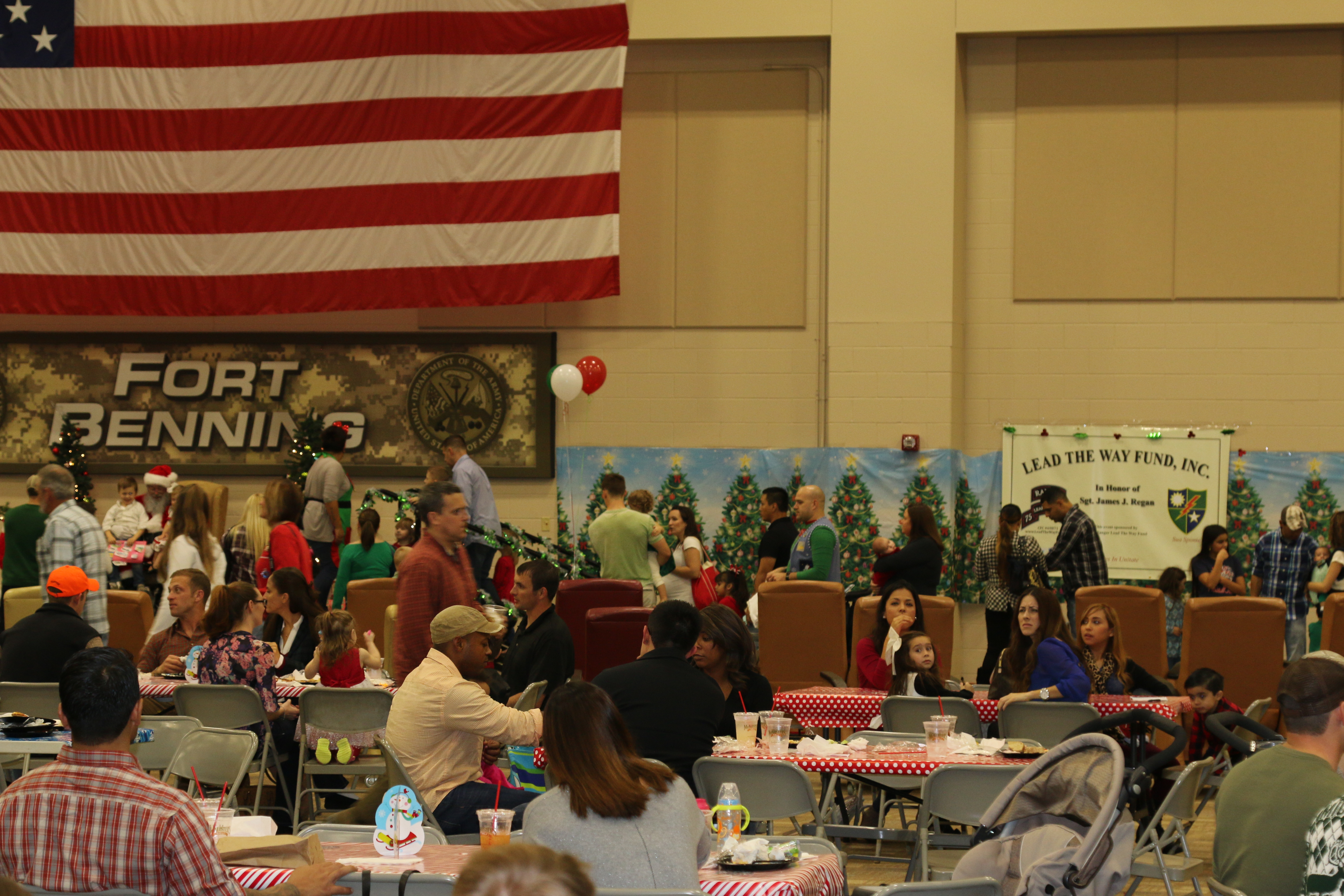 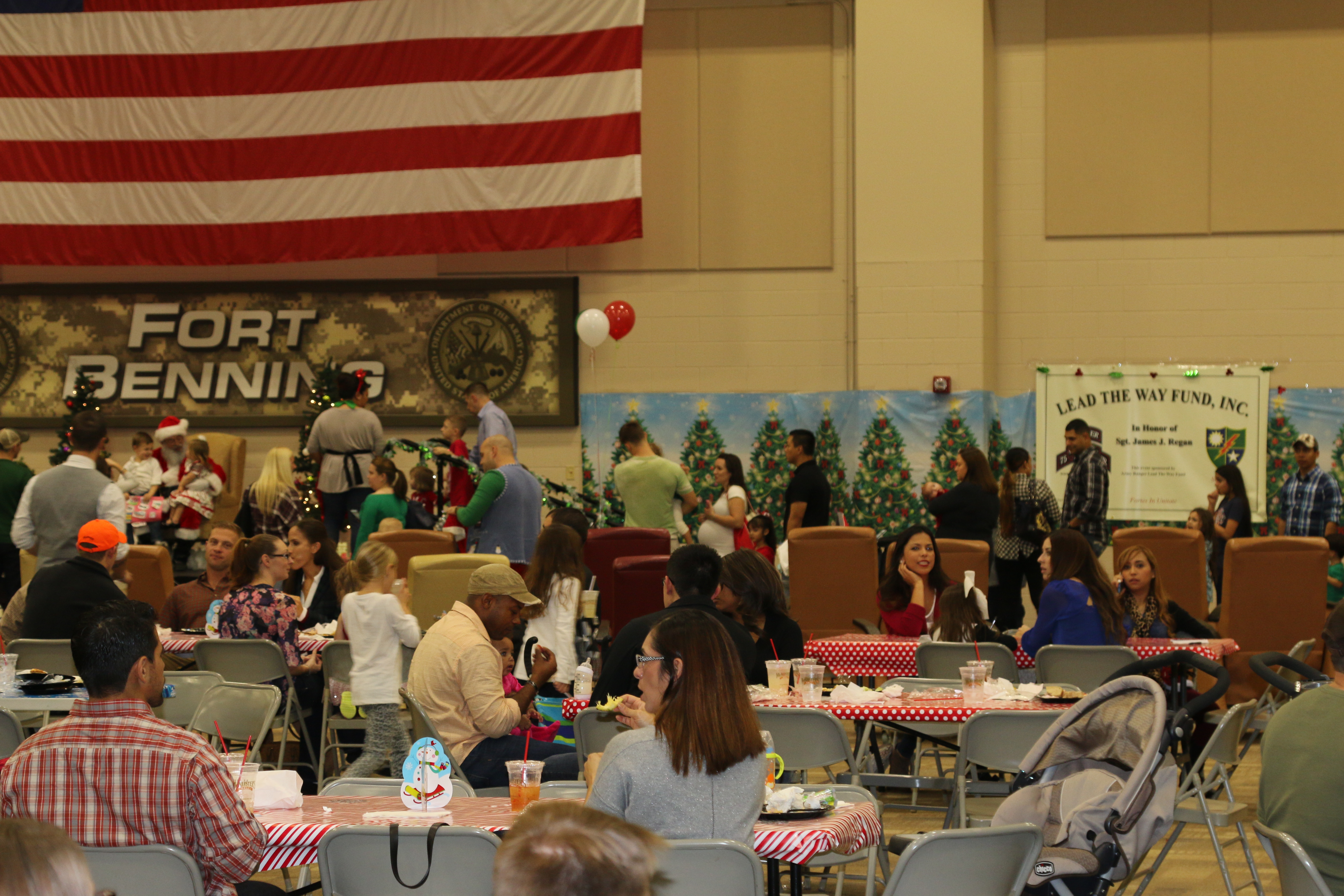 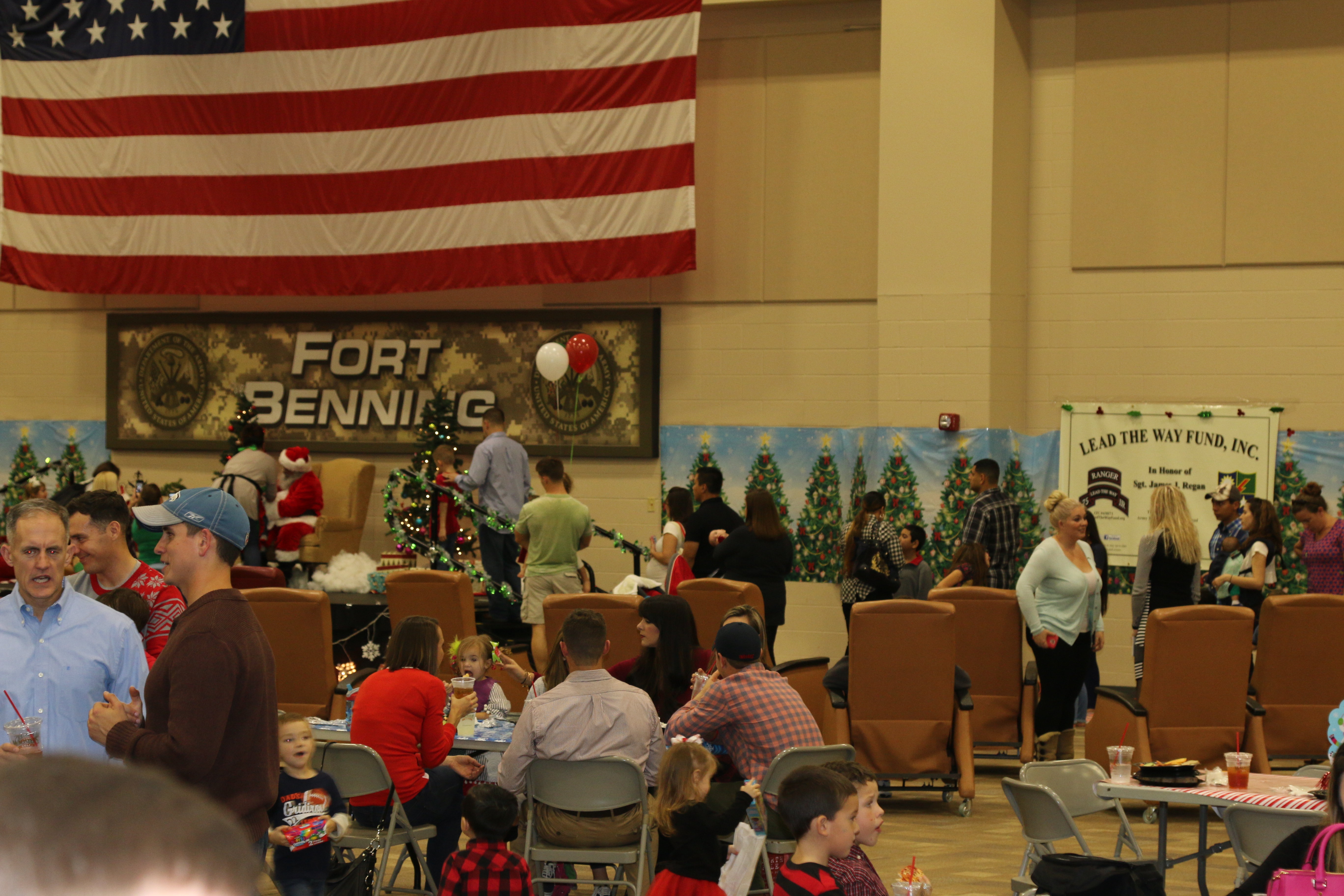 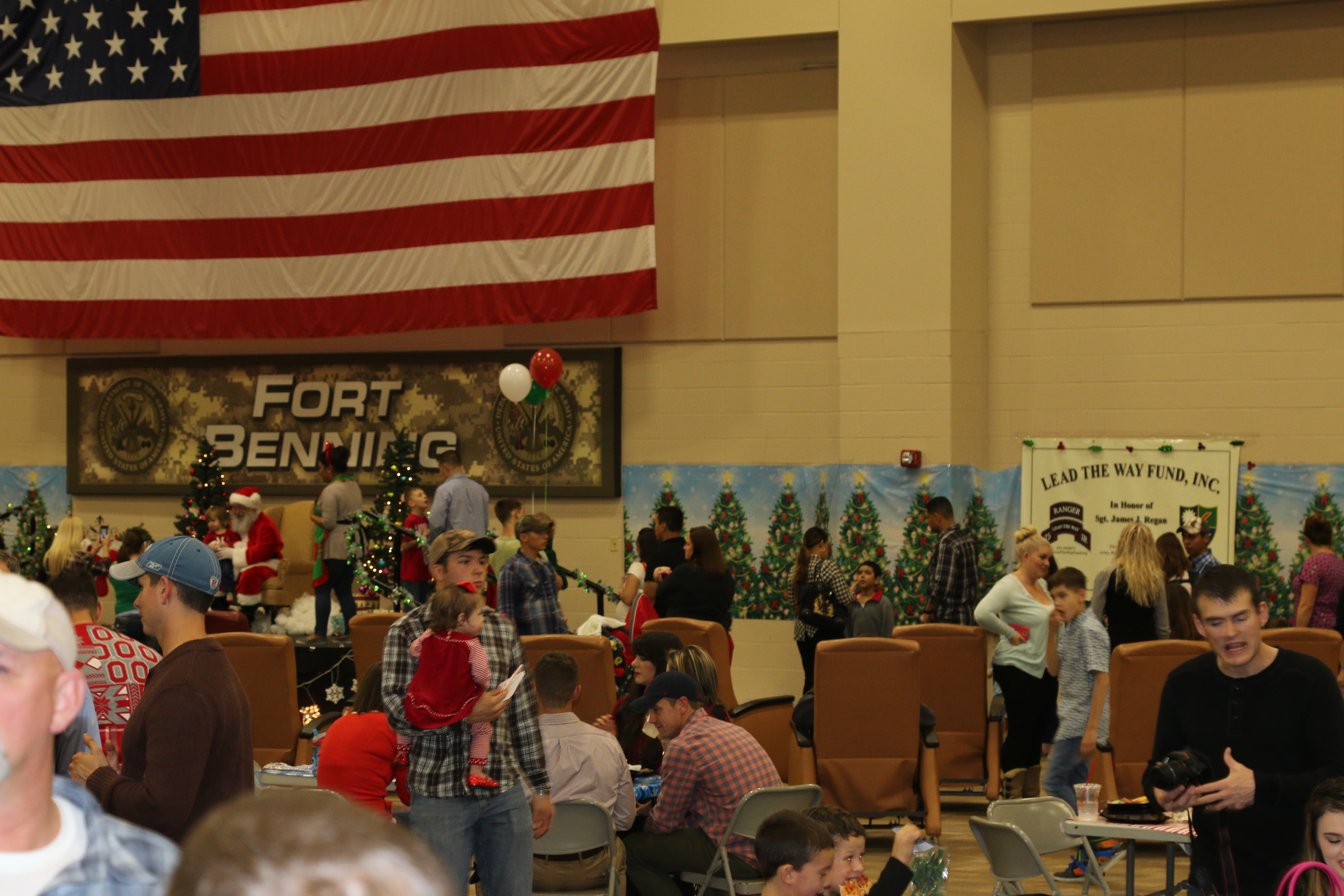 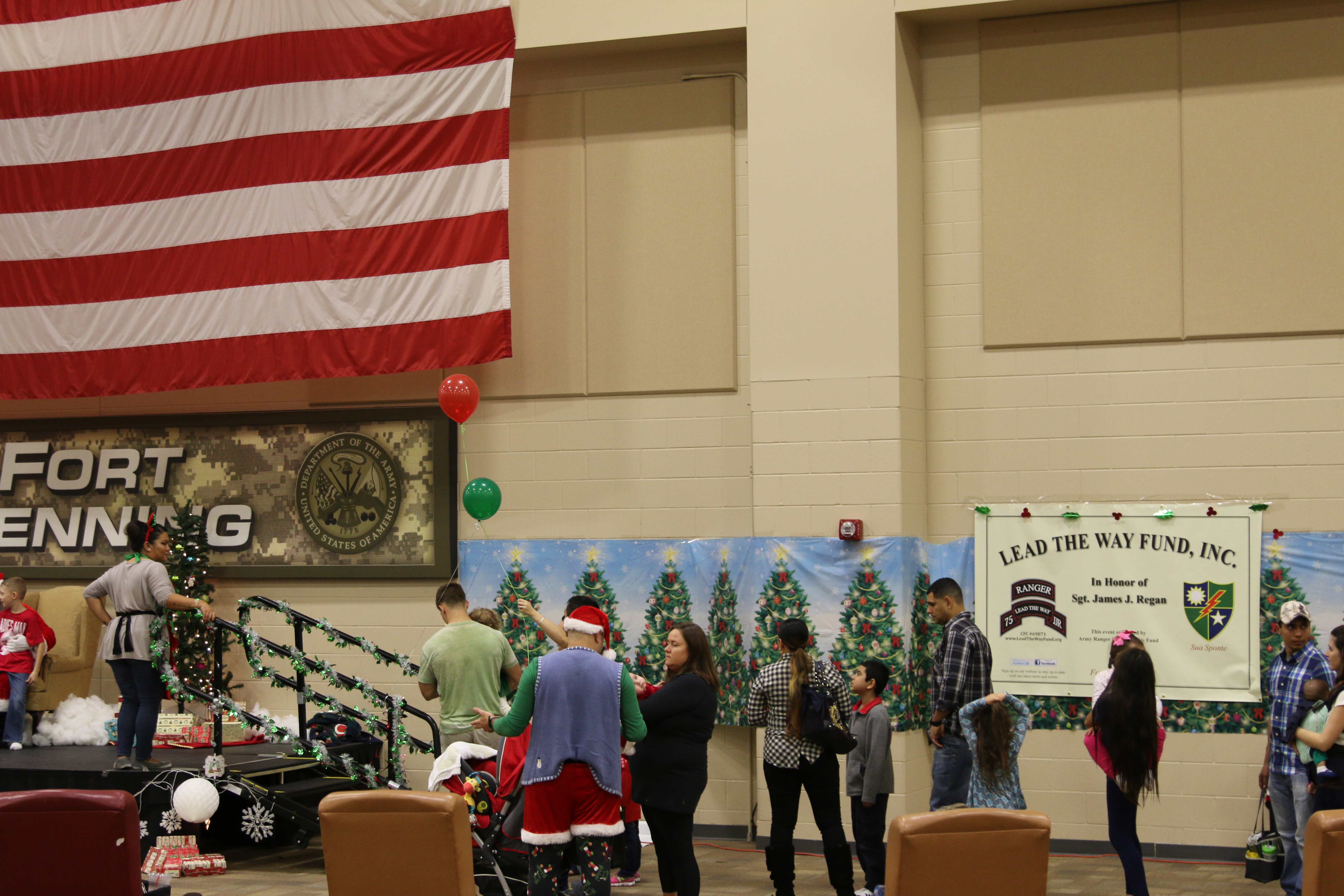 Donations to Army Ranger Lead The Way Fund help us fund our assistance programs which provide essential support directly to disabled U.S. Army Rangers, their families and the spouses and children of deceased and active duty Rangers. There are several ways you or your company can support Army Ranger Lead The Way Fund, including direct donations, matching gifts and event sponsorship. Please direct all donation-related questions to donation@leadthewayfund.org.

PHOENIX — It is an oddity in the life of Sgt. 1st Class Cory Remsburg that whenever President Obama visits the Phoenix area, there is a chance the two will visit.

The soldier and the president had met five times before Friday, with a sixth seeming almost inevitable given the confluence of the men’s schedules.

Obama was in Phoenix on Friday, visiting the Veterans Affairs hospital. That same morning, Remsburg was being handed the keys to a newly remodeled home in Gilbert, one that will help the partly paralyzed Army Ranger live independently.

At about 1:55 p.m., while Remsburg was enjoying a catered barbecue in his new backyard and breaking in the new “kegerator” installed in his new tiki bar, a knock came at the door. It was the Secret Service saying the president was about a half-hour away.

“It was unexpected, but very appreciated,” Remsburg would later say about the visit. “I mean, think about it. How many people can say the president of the United States stopped by and said Hi?”

Fewer can say they met the president six times. Each meeting has had its own time and tone, as would Meeting 6.

Meeting 1 was solemn and incidental: Normandy, France, 2009, the 65th anniversary of the D-Day landing. Obama was there to pay homage. Remsburg was a member of an honor guard. The two spoke briefly, and a White House photographer gave Remsburg a keepsake photo.

Meeting 2 came by chance: a hospital ward, Bethesda, Md., 2010. Remsburg, who had returned to combat duty in Afghanistan after D-Day, had been hit by an improvised explosive device. The blast threw him in the air, and when he landed, he lost a chunk of his skull and was left in a coma. Awaking, he found he had lost much of his ability to walk and to speak. He was flown to a military hospital.

When the president came to visit, he noticed a photo hanging on the wall — a photo of him standing next to a young soldier at the D-Day memorial.

Obama realized that soldier in the photo was the barely recognizable patient in front of him. It kindled a relationship between the commander in chief and the soldier struggling past his war wounds and learning to walk, talk and eat again.

Meeting 3 was private: Desert Vista High School, Ahwatukee Foothills, 2013. Obama had come to Phoenix to give a speech. Aides arranged for the two to meet privately; Obama saw Remsburg’s progress with physical therapy.

Meeting 4 couldn’t have been more public: in the balcony of the House of Representatives, seated next to first lady Michelle Obama, January 2014. The Obamas had invited Remsburg to the State of the Union address, and in it, Obama told Remsburg’s story to the nation and the world. “Like the Army he loves, like the America he serves, Sergeant 1st Class Cory Remsburg never gives up and he does not quit,” Obama said, and the chamber rose to give a standing ovation.

Meeting 5 was reminiscent: France, June 2014. Both men attended ceremonies to mark the 70th anniversary of D-Day.

Which all led up to Meeting 6.

Craig Remsburg, Cory’s father, said he had received calls months ago from White House staff wanting to be involved in the unveiling of Remsburg’s new home.

The house was bought by the Lead the Way Fund, a charity that aids wounded Army Rangers. It was remodeled by Homes for Wounded Warriors, a charity started by NFL player Jared Allen. Construction began in August.

All of these plans were kept as a surprise for Cory Remsburg, who had no inkling that he would meet the president a sixth time.

Neither did guests. Tom Bulinski, who worked on the landscaping for the home, and Alison Christian were leaving the barbecue at about 1:30 p.m. They turned back, Bulinski said, when they saw police officers crowded in the parking lot of a nearby church. They figured Obama was on the way.

Craig Remsburg answered a knock on the door just before 2 p.m. It was the Secret Service. They told guests they could either leave or submit to a security screening and stay. Just before the president arrived, agents could be heard directing guests where to stand in the backyard.

Obama entered the backyard and addressed the crowd on a microphone.

“I thought I’d just stop by; I was in the neighborhood,” Obama said as guests stood by the backyard pool. “I didn’t bring my swim shorts, though.”

Obama said he is proud of Remsburg. “There are a whole bunch of Corys out there,” he said, “and not all their wounds are as easily seen. We’ve got to be just as vigilant, just as generous and just as focused in making sure that every single one of our men and women in uniform, that they’re getting what they’ve earned and what they deserve.”

Obama left behind gift baskets he said were from him and the first lady. Among the goodies were jars of honey made at the White House and bottles of White House honey blond beer and honey ale.

Remsburg said he and Obama chatted briefly — a ” ‘keep up the good work’ kind of conversation.”

Remsburg, who goes through hours of physical and occupational therapy each week, is still an enlisted soldier and respects the unique opportunity he has had to meet with his commander in chief.

GILBERT, Ariz. — If one relationship embodies the burden President Obama has carried as a wartime commander in chief, it may be the one with Sgt. First Class Cory Remsburg, an Army Ranger who was severely wounded in Afghanistan.

As detailed in a New York Times article in 2013, Mr. Obama first met Sergeant Remsburg on Omaha Beach in France in 2009, when the two were taking part in a D-Day commemoration. Less than a year later, they met again by chance at a military hospital outside of Washington, where the soldier was recovering from combat wounds — paralyzed and brain-damaged.

On Friday, Mr. Obama again visited Sergeant Remsburg — who was walking and talking, though still struggling with his injuries — at his new home in Gilbert, a suburb of Phoenix, built and specially renovated by veterans’ organizations.

President Obama greeted Sgt. First Class Cory Remsburg, who was severely wounded by an explosive device in Afghanistan. Progress Is Slow at V.A. Hospitals in Wake of Crisis
video Obama Visits Phoenix V.A. Hospital. The president joined a backyard picnic with Sergeant Remsburg’s family and friends to celebrate his move into the new house. Among Mr. Obama’s housewarming gifts: some of the beer brewed in the White House.

“The greatest honor of my life is serving as commander in chief of the greatest military the world’s ever known,” Mr. Obama said, adding that Sergeant Remsburg’s “never give up, never give in” attitude was “the kind of thing that keeps me going.”

Mr. Obama was in Phoenix to visit the Veterans Affairs hospital there, which is at the center of a scandal involving the provision of care. But if the morning’s events were difficult for the president, the surprise afternoon stop at Sergeant Remsburg’s put a broad smile on his face.

Over the years, Mr. Obama has cited Sergeant Remsburg as the personification of the difficult choices he has had to make as commander in chief, especially as the country fought two wars and expanded its battle with terrorists.

White House officials said Sergeant Remsburg received the keys to his new house earlier on Friday. The house was purchased by the Army Ranger Lead the Way Fund, and it was renovated for Sergeant Remsburg’s use with the help of Homes for Wounded Warriors, a group founded by the Chicago Bears football player Jared Allen.

After taking a brief tour, Mr. Obama called the house “an incredible place” and said he predicted that Sergeant Remsburg was “going to be able to work out, I suspect watch quite a few sports programs and have the occasional libation.”

Mr. Obama praised the members of the community who helped make the house possible, saying that “it speaks to who we are a country and who we are as a people.

“We know that there are a whole bunch of Corys out there and not all of their wounds are as easily seen,” he added. “We’ve got to be just as vigilant, just as generous and just as focused in making sure that every single one of our men and women in uniform, that they’re getting what they’ve earned and what they deserve.”