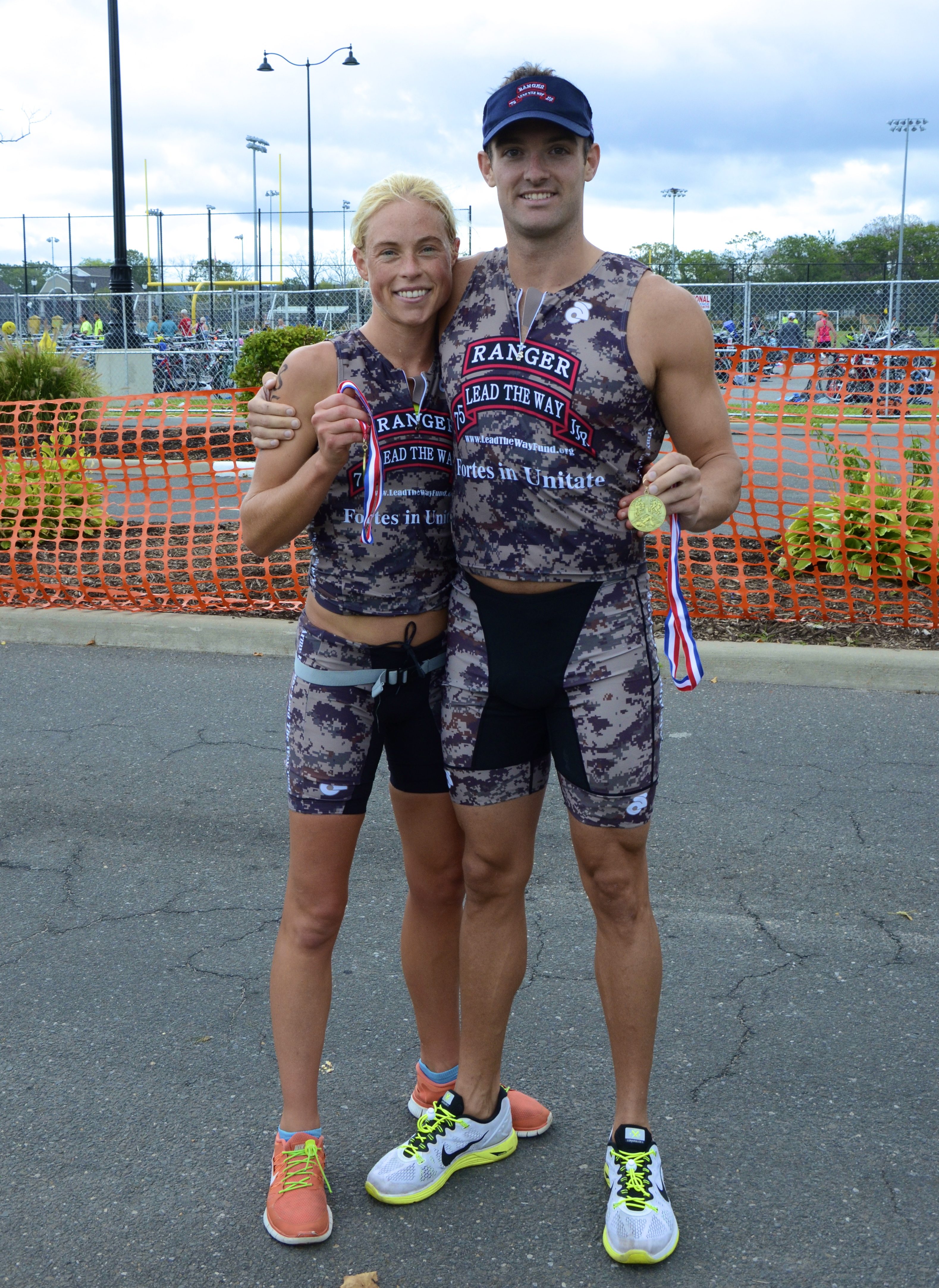 Pushing It To The Limit Three Ways

Locals run for themselves and a cause in triathalon

At 6 a.m on a blustery Saturday morning, 1600 people arrived at Theodore Roosevelt Memorial Park to participate in the 27th annual Runner’s Edge Tobay Triathlon and Tri-Relay Race. The participants were drawn from a wide age range. They came from all over Long Island and upstate New York, a few were from out of state, and in some cases, had disabilities. But they all came with one goal in mind — to finish.

Jeffrey Hussey, a 28-year-old Garden City resident, has done this race three times and this was his fifth triathlon this summer.

“I got into this after school. I work in finance and I started to put on a little weight. I used to play college lacrosse and I knew as an athlete, this was not what I wanted, so I got into triathlons. I lost 25 pounds, got healthier and I feel great every day.”

Sporting a camouflage outfit, Hussey went on to explain that he also runs for a reason.

“I run for Lead the Way Fund. It is a local Long Island Fund in honor of Jimmy Reagan. He was a Chaminade boy who played lacrosse and gave up a Wall Street law degree opportunity to serve in the military and unfortunately lost his life in Afghanistan at 24. I work with the Lead the Way fund and help raise money and awareness for wounded army Rangers and their families.”

Parents Bob and Deb Hussey were at the finish line to cheer their son on. Deb Hussey was beaming as her son crossed the finish line. “I am extremely proud of my son. I always have been. He does this probably eight times a year and he always chooses a wonderful [organization] to support. For the past four years, he has been running for the veterans, which is so important.”

The course starts out as a half mile swim in Oyster Bay Harbor, then a 9.3 mile bike ride through Oyster Bay, Laurel Hollow, and Cove Neck. The route is very hilly but finishes with a 2.9 mile downhill to the finish. The riders then have one more leg of the race—a 3.2 mile run through Mill Neck and Brookville, up to Planting Fields Arboretum and back down to Roosevelt Park to the finish line.

Matthew Loesch is a 36-year-old Garden City resident who works in finance and has done this 14 times. He explained how triathlon changed his life.

“It promotes discipline. Instead of going to the doctor and spending money on co-pays, I put it towards triathlon entry fees. It’s a lot of fun and forces you to get out and do things.”