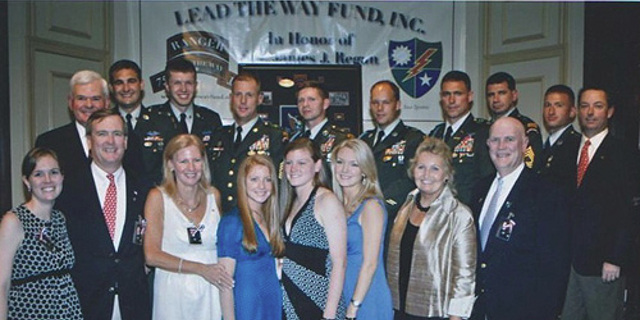 On September 18th, the Lead the Way Fund held its Second Annual Golf Outing and Dinner. The purpose of the day was to raise funds in support of Army Rangers and their families, to show gratitude for their many sacrifices and to generate awareness of the emotional, physical and financial challenges many of these military families face as a result of their service to our country. Participants enjoyed a round of golf on one of three beautiful courses, Plandome Country Club, Sands Point Golf Club and Wheatley Hills Golf Club. They were later treated to an evening of cocktails and dinner at Plandome Country Club, which included amazing live and silent auctions.

Guests had the opportunity to talk with the Rangers, learn more about them and thank them personally for all they have done and continue to do in the name of freedom. The day was a wonderful success in every respect, and was an important and meaningful way for the community to honor the memory of Sgt. James J. Regan, a lifelong resident of Manhasset who was killed in Iraq in 2007.