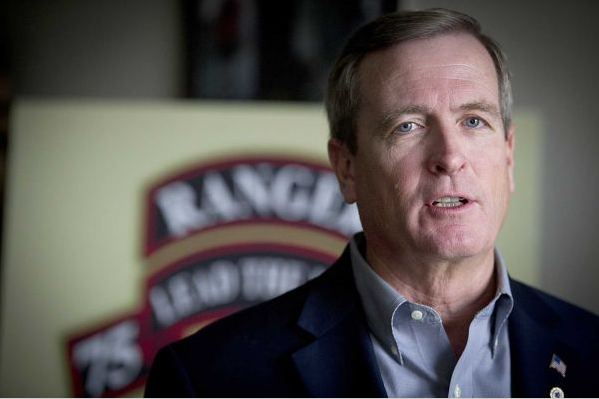 A Long Island charity has stepped in to cover funeral and other costs for the loved ones of American soldiers killed in an Oct. 6 attack in Afghanistan.

Since the attack, which killed four U.S. soldiers and seriously wounded more than a dozen others, the Manhasset-based Lead The Way Fund has provided some $50,000 in emergency cash to help the families of two of the soldiers make funeral arrangements, said founder James Regan.

Regan, of Manhasset, said the fund provided another $30,000 to help the loved ones of injured soldiers cover the travel, lodging and other costs incurred as they have rushed to military hospitals where the soldiers have been treated.

“There is a dramatic need to get this done,” said Regan, whose son, James, was killed in Iraq in 2007.

Families of troops slain in battle typically receive a $100,000 “death gratuity” from the federal government to help cover funeral and other costs not otherwise borne by the military. But until the Senate passed a bill Thursday lifting the shutdown ban on payments, families of the Oct. 6 bombing had to find a way to cover expenses on their own.

Regan said his charity has been offering assistance to the families of Army Rangers since his son, James, 26, a member of the Army’s 3rd Ranger Battalion, 75th Regiment, died in an Iraqi bomb blast.

So far, his organization has distributed more than $1 million in donated funds, Regan said.

“It’s to honor Jimmy, first of all,” Regan said. “To honor a son who served his country.”

Melissa Albaugh, a family coordinator with the 1st Ranger Battalion, in Savanna, Ga., said because members of military communities are bonded by the common experience of worrying about the safety of loved ones, they often depend on nonrelatives for support when tragedy strikes.

Since the government cannot legally pay for the expenses of nonrelatives, she said, funds from Lead The Way have frequently allowed grieving families to invite comforting friends along in their time of need.

For example, when his son was killed, Regan said the government paid costs incurred by the family, but not for James Regan’s fiancee, Mary McHugh. She had to pay her own way to his burial at Arlington National Cemetery.

“The military can’t cover the cost of a friend, who may be a vital part of your support network at an excruciatingly painful time in your life,” said Albaugh, whose husband was with Regan’s son when he was killed. He survived the blast.

“Lead The Way means you feel supported, and that people who understand what families are going through can be there,” she said.