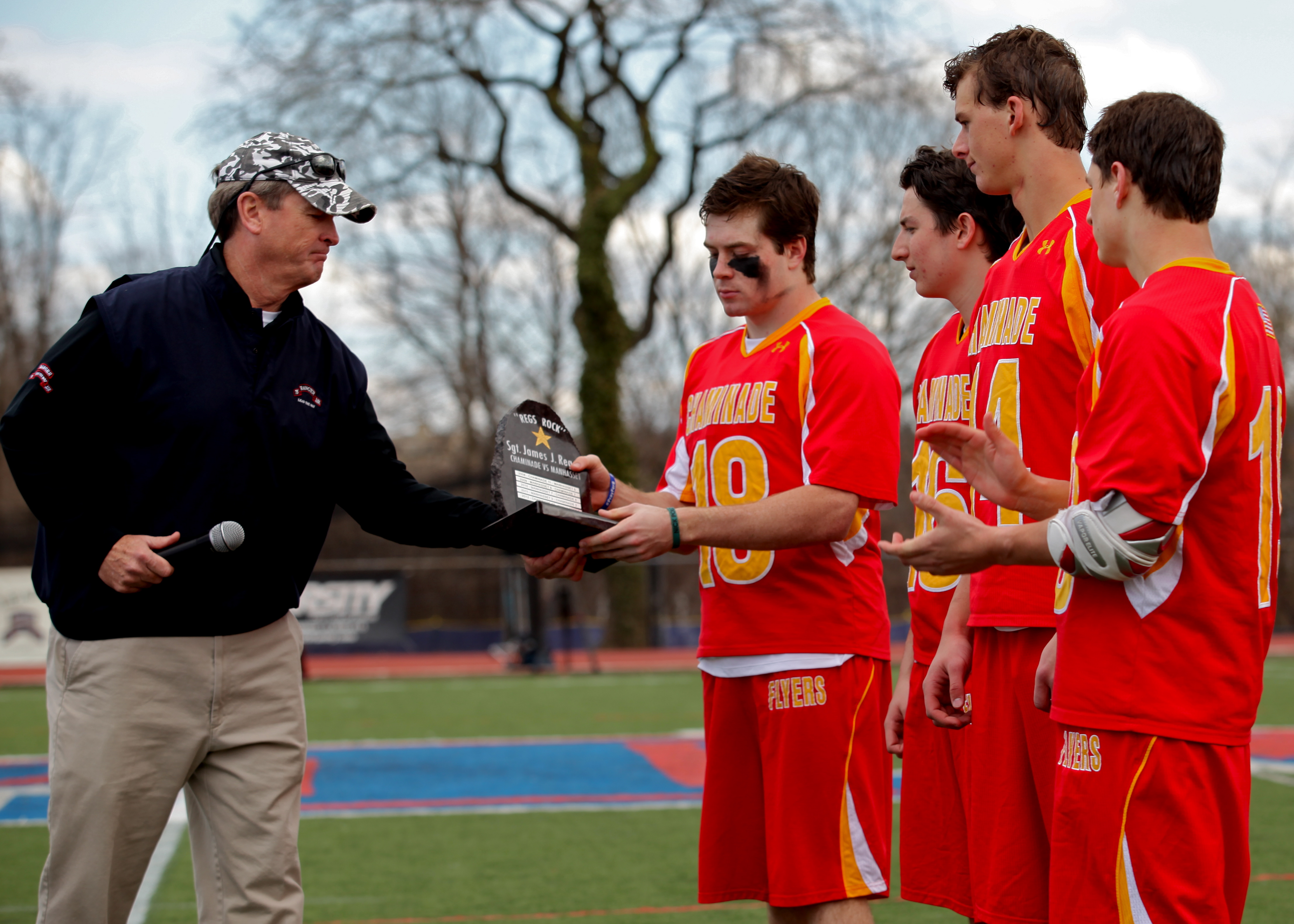 If you had told anyone what had happened on the back lacrosse field at Manhasset High School Saturday afternoon between Chaminade and the Indians, they probably would have said you were making it up or that it was scripted out of a Hollywood feel-good movie, too good to be true.

The Flyers took the 10-3 victory – that was believable and expected, given their dominance this year – but how they got there still makes the tale.

Before the season, senior attacker Ryan Lukacovic was awarded the No. 19 jersey based on a vote of his teammates, the same number Jimmy Regan, a Manhasset native, had worn as a member of the Flyers before going to Duke and winning a pair of ACC championships for the Blue Devils. Regan later became of the U.S. Army Rangers, the special forces division, only to lose his life in Iraq in February 2007 during his fourth tour of duty at the age of 26.

“We miss Jimmy dramatically, obviously, it’s something that you don’t get over, but you learn to deal with it,” said his father, James Sr. after the match.

Regan, who is also a coach for the Flyers, started the “Lead the Way” fund to help families and discharged members of the Rangers and Chaminade and Manhasset play a non-league game each year that also acts as a fundraising event for the non-profit.

And there in the middle of it all was No. 19, fittingly scoring the first goal of the game. The three-year varsity player would go on to score another goal and another, notching his latest hat trick this season.

“Ryan shows a lot of poise out there, he’s going to be a tremendous player down at the University of Virginia,” Regan would say after handing back “Reg’s Rock” – the black-quartz trophy bestowed upon the winner of the annual game – to the Flyers, who now stand even with the Indians, having won it each three times.

“It’s great to get a win for him,” Lukacovic would say, his words vague enough to apply to either father or son.

Under Armour had also made sure that several Chaminade players dressed the part, sending star-spangled cleats to Tim Muller, Tom Zenker and John “Shoeless” McDaid in honor of Regan.

The sun even made a cameo appearance, parting the grey overcast in the fourth, a heavenly ovation for the Flyers as the clock wound down on another dominating performance.

“I definitely thought about it after it happened,” Lukacovic said after the win about opening the scoring. “It was definitely Jim looking down on me. I pointed to coach Regan so I just had a feeling Jimmy was definitely involved, that wasn’t just another goal.”

Or just another win.

All images courtesy of Geoff Walter 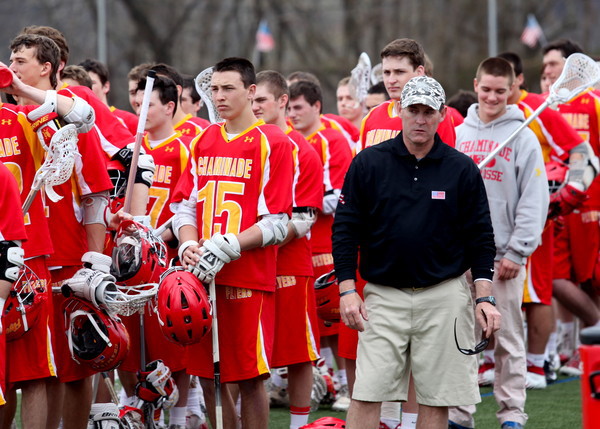 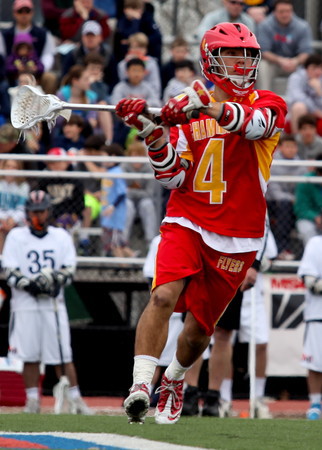 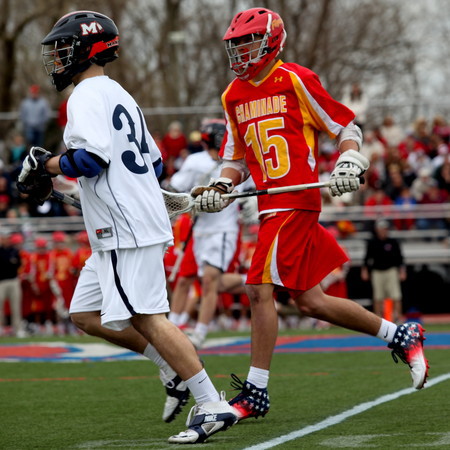 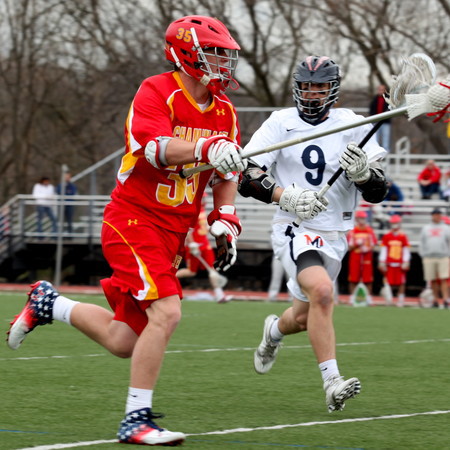 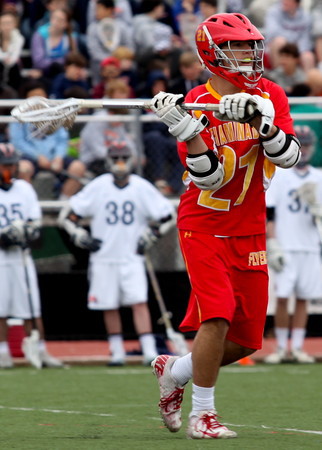 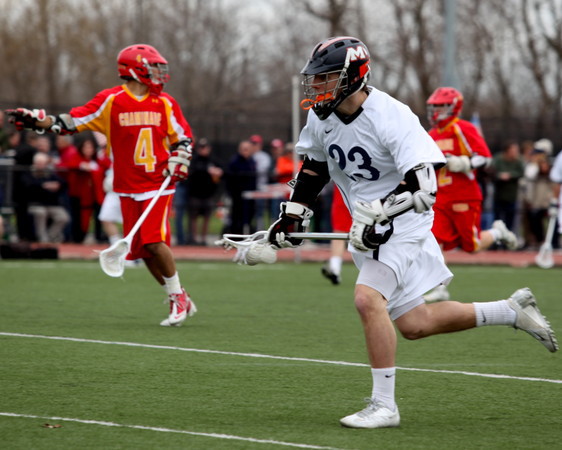 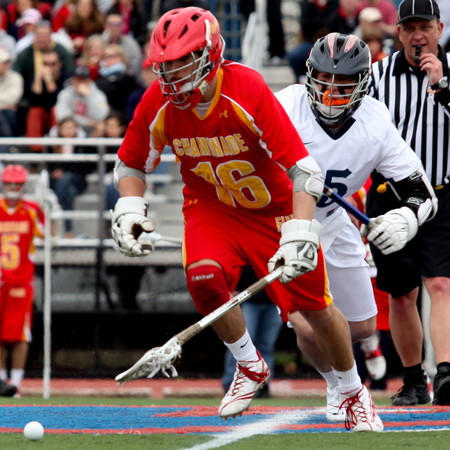 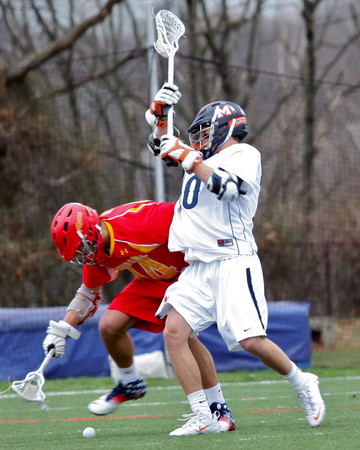 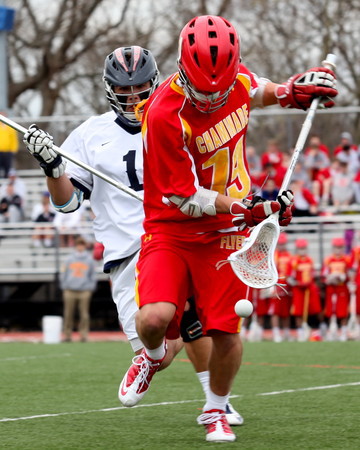 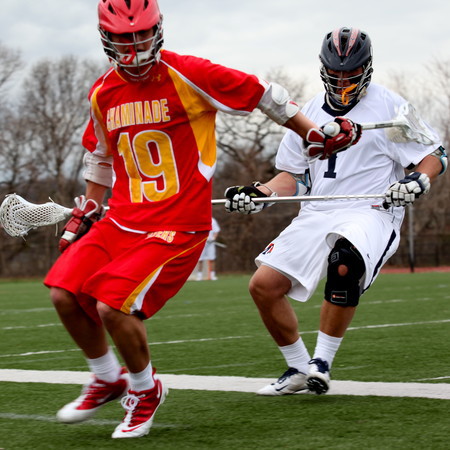 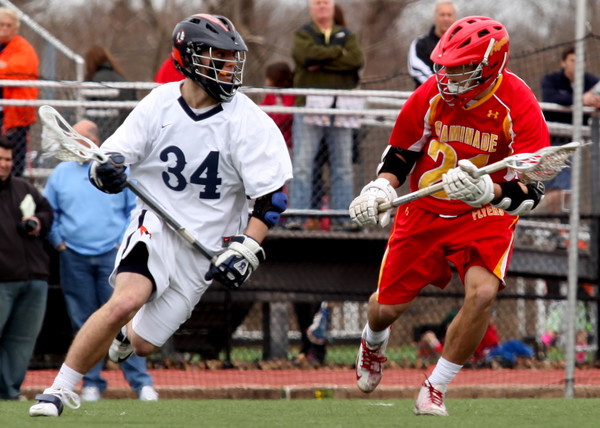 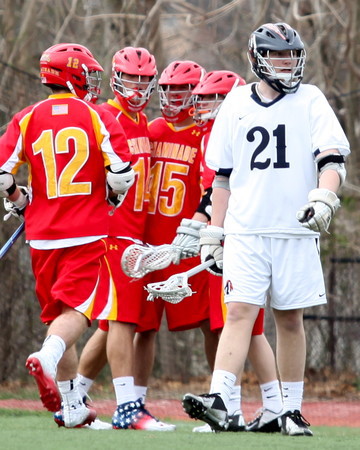 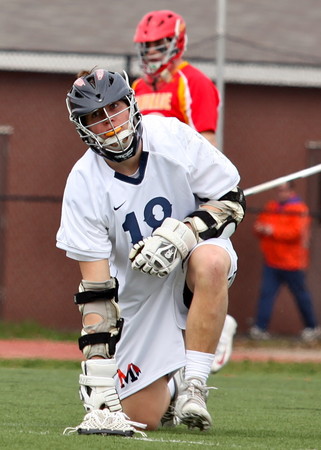 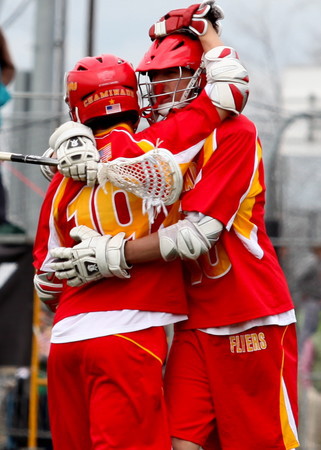 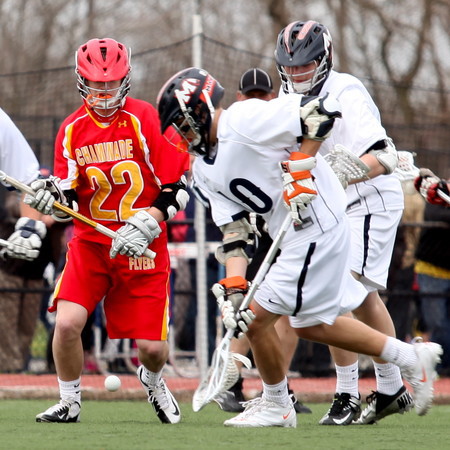 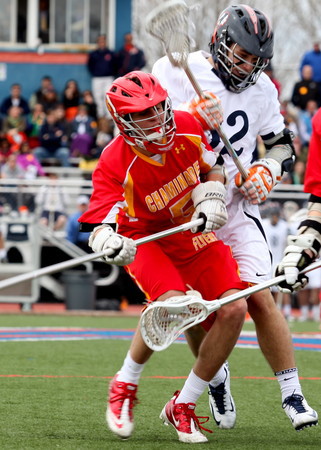 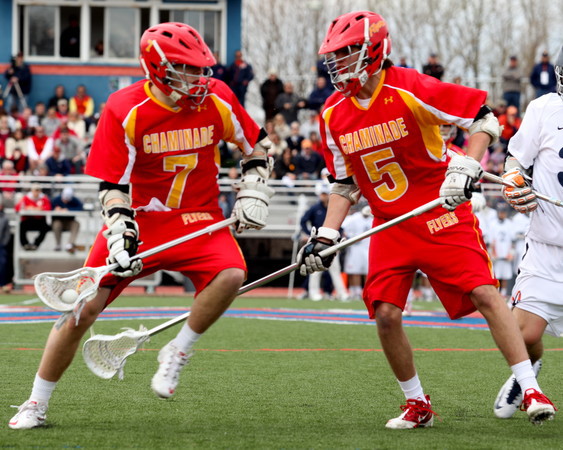 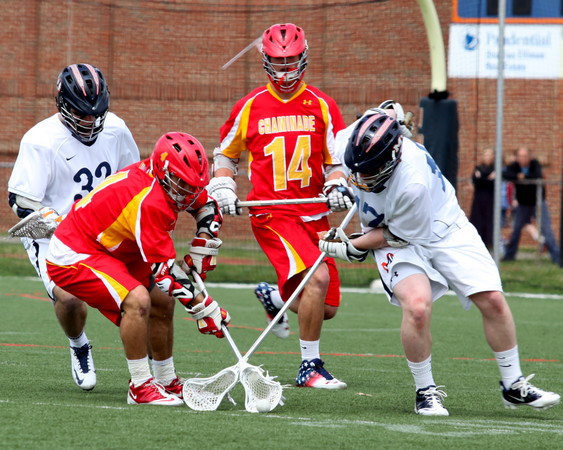 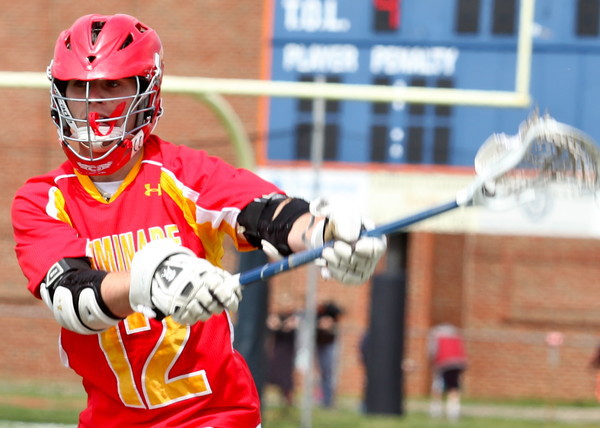 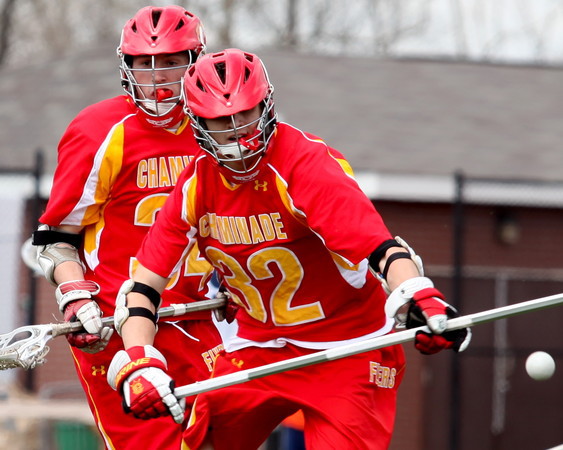 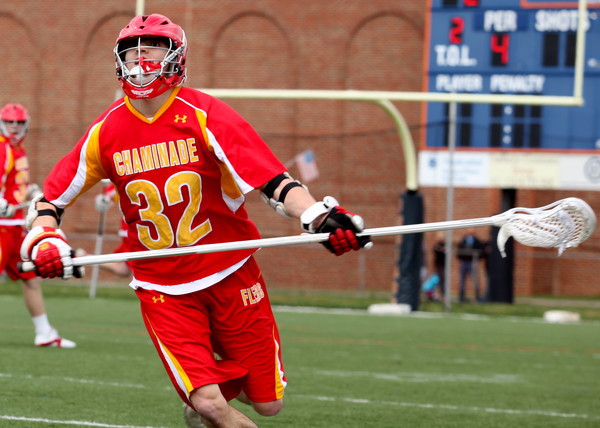 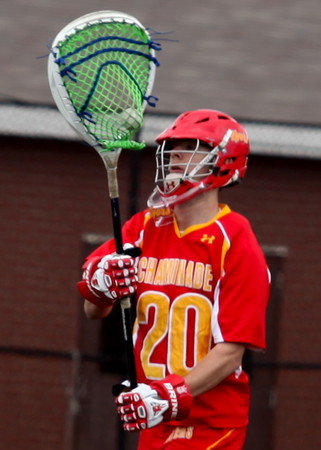 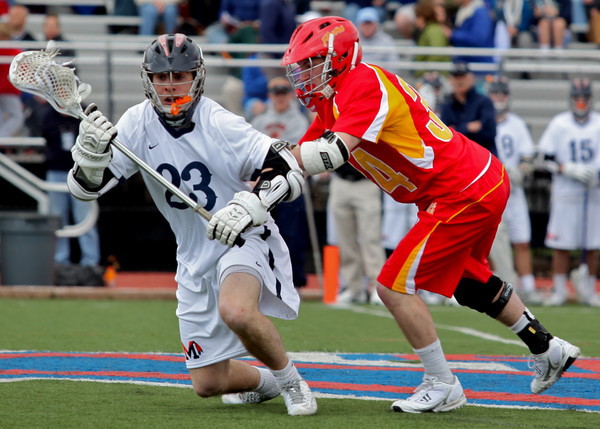 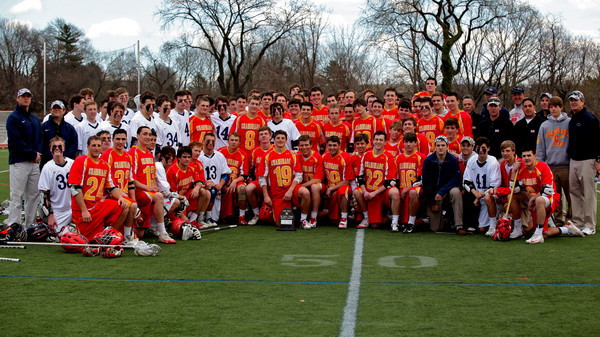 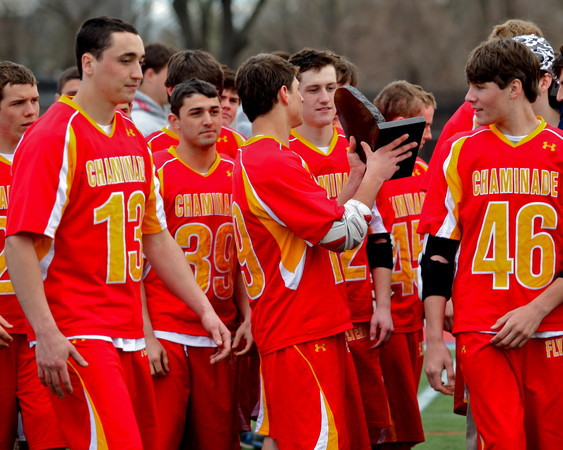 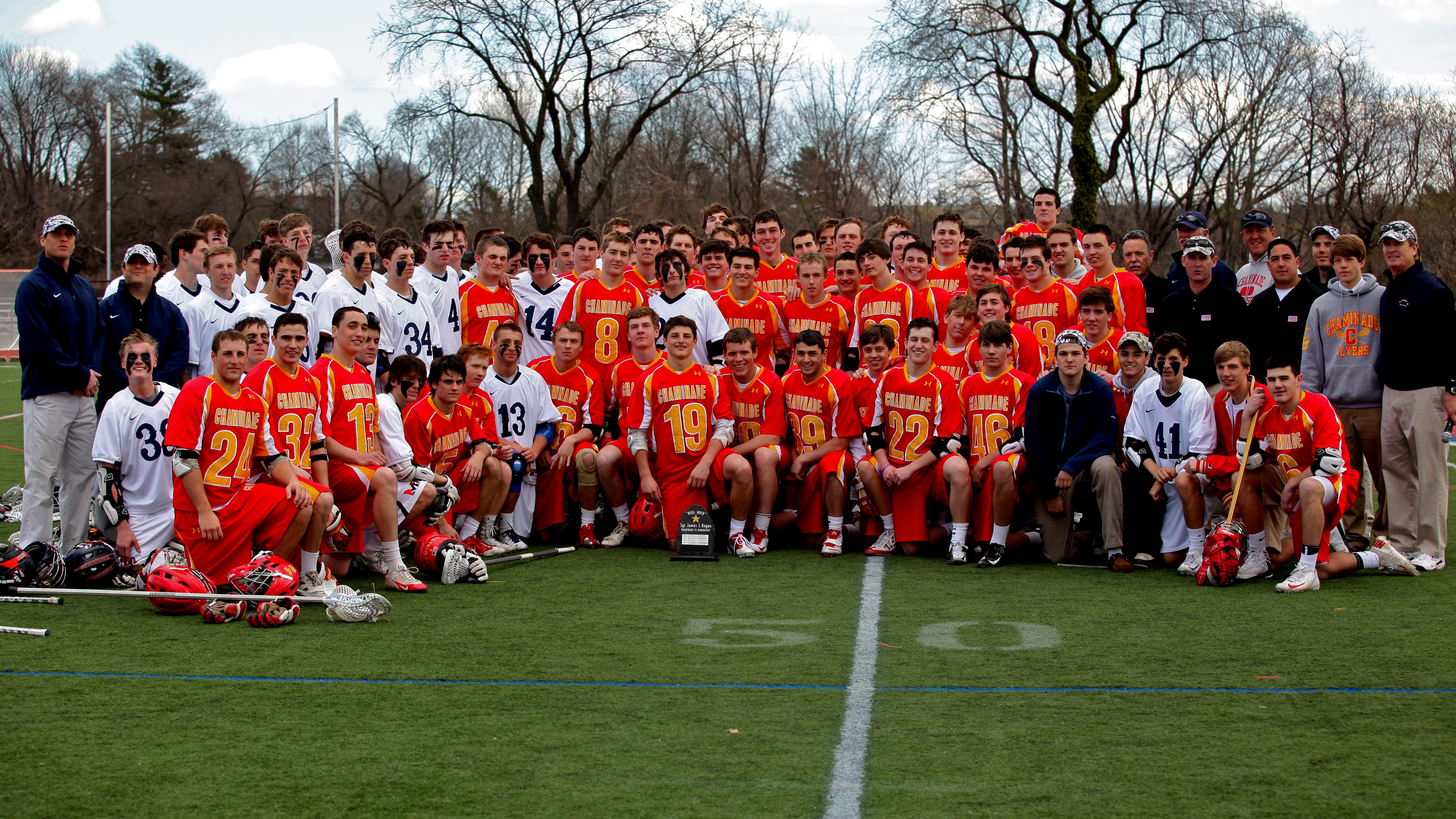 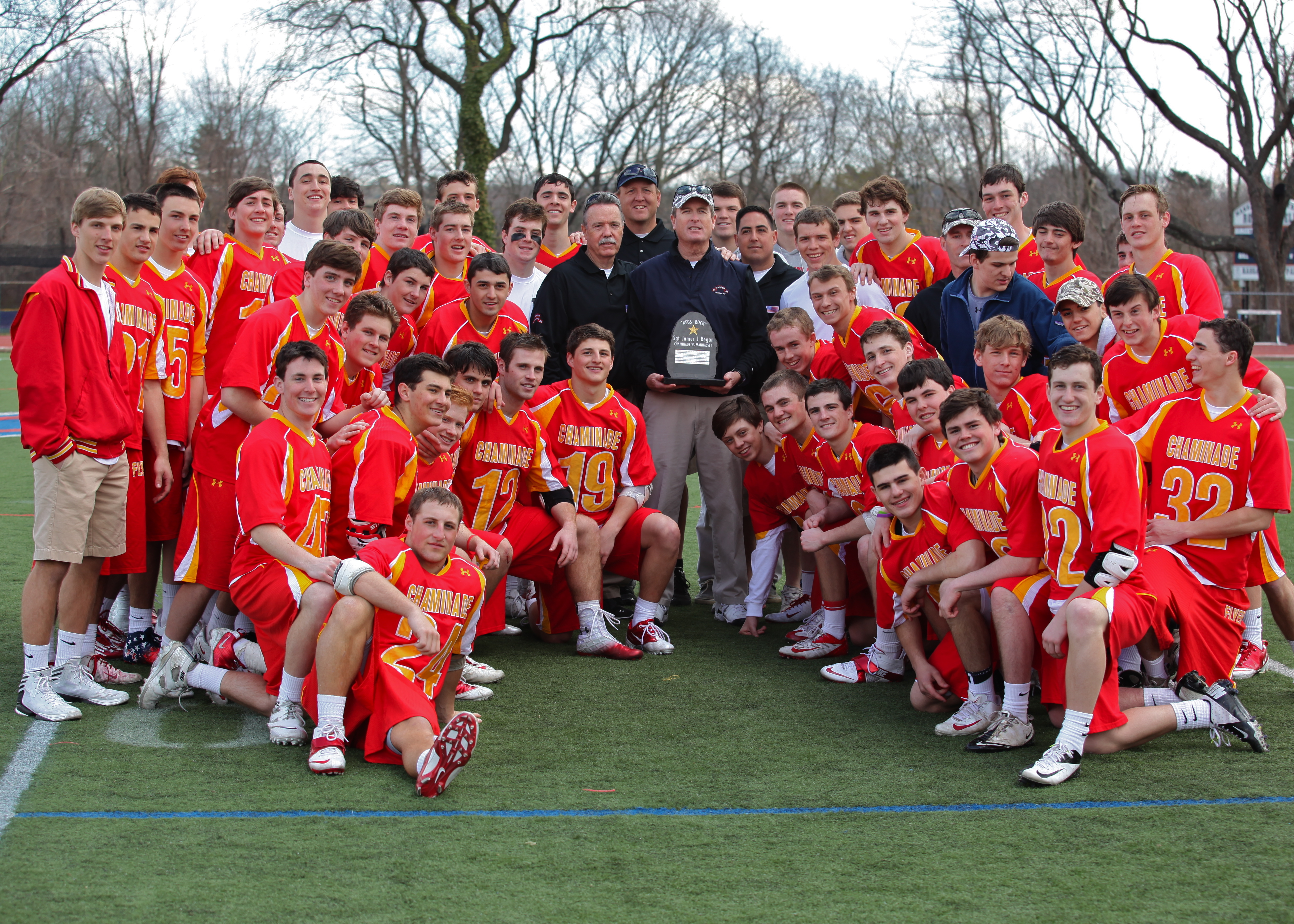