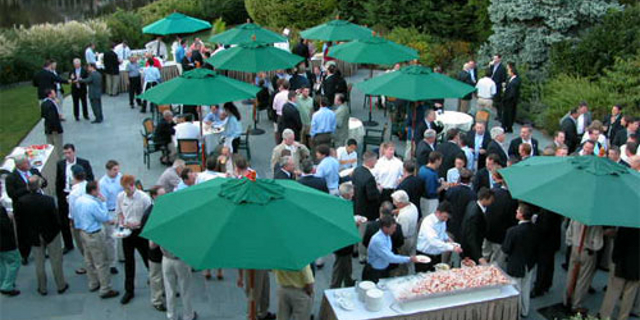 On Thursday, Sept. 13, the Lead The Way Fund held its inaugural golf outing at Plandome Country Club in Manhasset, North Hempstead Country Club and Sands Point Golf Club in Port Washington. Picturesque blue skies and warm breezes greeted volunteers, guests and more than 260 golfers as they converged on three beautiful courses to participate in what was to be a very special and memorable day. For some, it was a day to be outside and enjoy the terrific weather. For others, it was a chance to get out with buddies for a good round of golf; and for others it was an opportunity to entertain colleagues. But for everyone, it was, first and foremost, a way to show gratitude and support to our military, in particular, the US Army Rangers.

The Lead The Way Fund was established in memory of Sgt. James Regan, a lifelong resident of Manhasset, who was killed in Iraq on Feb. 9, 2007 while serving with the US Army Rangers. Its purpose is to provide assistance to Rangers and dependents of Rangers who have died, been disabled or who are currently serving in harm’s way around the world. Jim Regan, founder and president of the Lead The Way Fund, along with his family, the Hotarek family and some close friends, organized this event with the goal of raising money and awareness of the fund. He also viewed it as a great way to gather friends, neighbors and colleagues to honor the Army Rangers, and to celebrate the life of his son.

After the tournament, the festivities continued at Plandome Country Club where more than 450 people gathered for cocktails, dinner and both silent and live auctions. Highlights of the evening included rousing and inspirational speeches by honored guests—retired Four Star General Bryan Douglas Brown who is the former commander of Special Operations Command, U.S. Government and Jim Lorraine, who is the director of the U.S. Special Operations Care Coalition. An Army Ranger video showed the elite soldiers “in action,” and auctioneer Donny Ross skillfully fueled the flames of the bidding war among the many eager participants during the live auction.

Throughout the evening there were repeated comments and discussions between attendees regarding the timeliness of such an event and its proximity to the anniversary of the September 11 terrorist attacks, which so profoundly affected the community of Manhasset. “I think it’s just really appropriate that we’re all gathered here for a cause like this the same week as September 11,” said one participant. “A lot of people in this town lost friends and loved ones that day and now the troops are over there fighting for us, so this gives us a chance to thank them and show that we understand why they’re over there.

The community’s unwavering enthusiasm and support for this cause was evident throughout the day, from the multitude of eager volunteers who assisted with every aspect of the day, to the many residents and local merchants who so generously donated supplies and gift items for auction. An emotional 10-minute standing ovation was given to the Army Rangers from Ft. Benning, GA who came to Long Island to participate in the day and to honor Sgt. Regan. In its kick-off fundraising event, the funds raised for the Lead The Way Fund surpassed everyone’s loftiest hopes and expectations. One hundred percent of the money raised will go directly toward helping U.S. Army Rangers and their families. Toward the end of the evening, Mary Regan, Jimmy Regan’s mother, summed up the all-around success of the day when she said, “It was just a perfect day from start to finish. I know Jimmy was smiling down on all of us.”