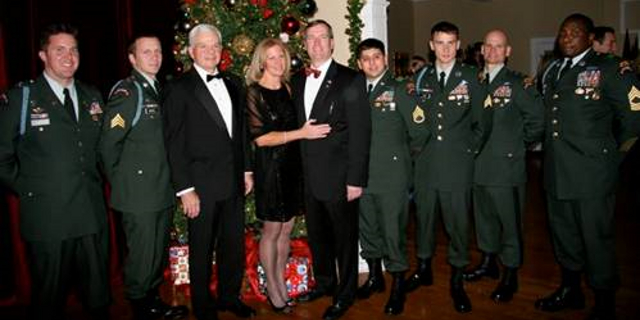 On Saturday, December 1, 2007, the Munsey Park Women’s Club hosted its annual philanthropic dinner dance in honor of Jimmy Regan and to benefit the “Lead the Way Fund.” This well-attended holiday event drew over two hundred guests to the elegant North Hempstead County Club.

The evening was a success for the Fund, which was created in honor of Sgt. James J. Regan, a member of the U.S. Army Rangers, who was killed in action in the Iraq War, in February 2007. The amounts raised will go to aid Rangers and their families.

Manhasset residents, family and friends from near and far, including particularly, members of Jimmy’s military family of all ranks, were treated to a special night of reflection and celebration. The evening featured raffles, a sumptuous dinner and speeches by Jimmy’s father, James Regan, and by Colonel Gary Luck and General William F. Kernan (Ret.). The gala featured a live auction conducted by Munsey Park’s favorite auctioneer, Steve Corwen and dancing continued to well past midnight.