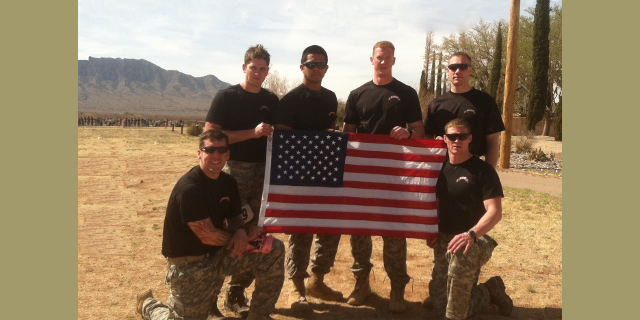 The story of Bataan reflects one of the worst defeats in American military history…a four-month fight for the tiny peninsula of Bataan in the Philippine Islands – the first major land battle for America in World War II. On April 9, 1942, the American forces surrendered to their Japanese captors, who set them (including almost 12,000 American Soldiers) walking sixty-six miles to prison camp, a notorious walk that came to be known as “The Bataan Death March.” Over the years, this race has become quite a tribute to the survivors of Bataan and is popular among military units. Our Rangers competed in the Military “Heavy” category requiring them to race in the desert with 35 pound packs over mountainous terrain.  The team finished in 2nd place with a total time of 5 hours and 49 minutes!