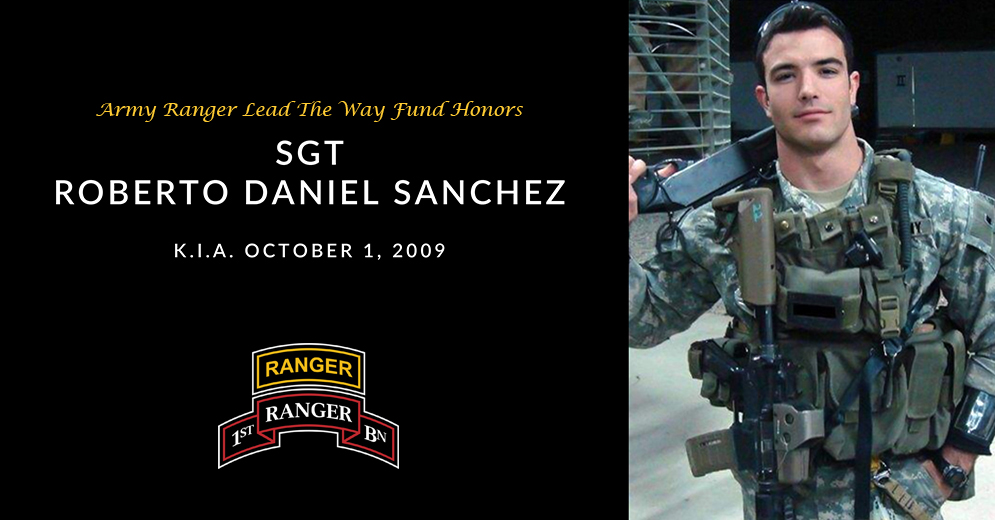 Sanchez was killed during a combat operation in Kandahar Province, Afghanistan Oct.1, 2009. He was on his fifth deployment in support of the War on Terror with three previous deployments to Iraq and one to Afghanistan.

After graduating from Satellite Senior High School in Satellite Beach, Fla., Sanchez enlisted in the U.S. Army from his hometown of Patrick Air Force Base, Fla., July 2004. He completed One Station Unit Training at Fort Benning Ga., as an infantryman. After graduating from the Basic Airborne Course there, he was assigned to the Ranger Indoctrination Program also at Fort Benning.

He graduated from the Ranger Indoctrination Program and was then assigned to Company B, 1st Battalion, 75th Ranger Regiment February 2005 where he served as an automatic rifleman and team leader.

He is survived by his parents 1st Sgt. Will and Wendy Holland and brothers Jacob Goldberg and Logan Holland of Hendersonville, Tenn., and maternal grandparents James and Mary Wilson of Ocala, Fla.