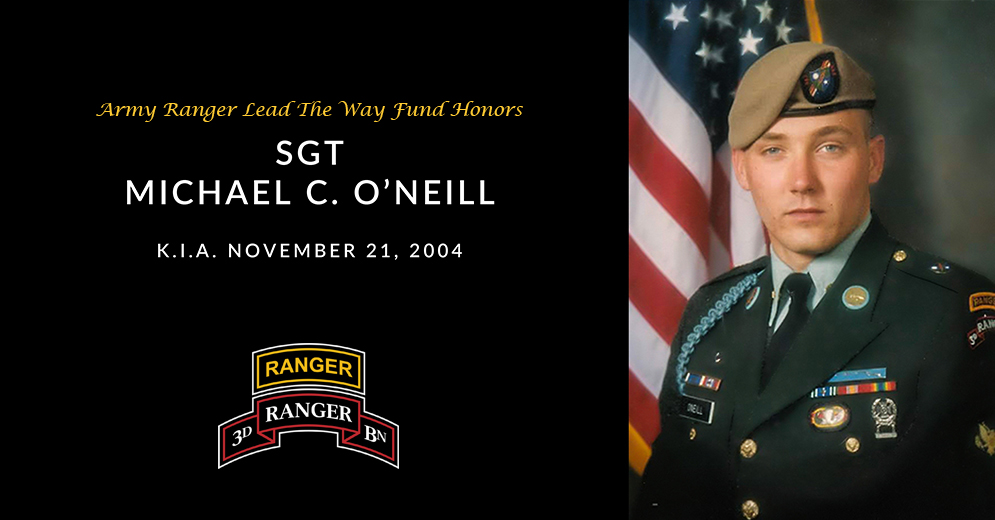 He died Nov. 21, 2004, at Landstuhl Regional Medical Center in Germany from non-combat related injuries suffered Nov. 17 in Afghanistan. He was medically evacuated to Germany on Nov. 18.

After graduating from Mansfield High School, O’Neill entered the Army in June 2001 and completed One Station Unit Training at Fort Benning as an infantryman. After graduating from the Basic Airborne Course there in November, he was assigned to the Ranger Training Detachment, 75th Ranger Regt.

O’Neill graduated from the Ranger Indoctrination Program in December 2001 and was then assigned to 3rd Bn., 75th Ranger Regt., where he served as an automatic rifleman.

O’Neill is survived by his parents, George and Holly O’Neill, and his brother, George K. O’Neill, all of Mansfield, Ohio.

As a Ranger, Sgt. Michael O’Neill distinguished himself as a member of the Army’s premier light infantry unit, traveled to all corners of the world in support of the Global War on Terrorism and fought valiantly to “uphold the prestige, honor, and high esprit de corps” of the 75th Ranger Regiment.