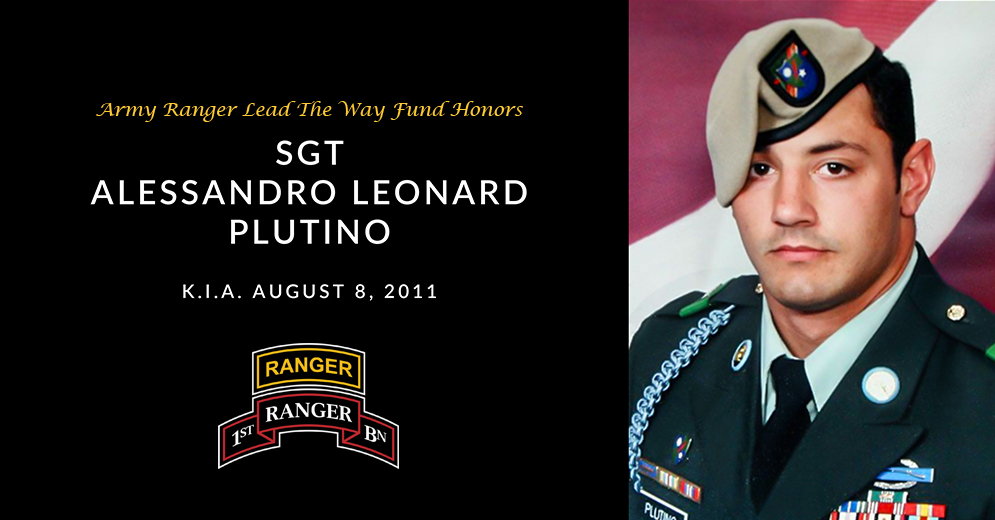 Sgt. Alessandro Leonard Plutino “Sandrino”, 28, was killed by enemy forces during a heavy firefight while conducting combat operations in Paktiya Province, Afghanistan. Plutino was a Team Leader assigned to Company B, 1st Battalion, 75th Ranger Regiment at Hunter Army Airfield, Ga. He was on his sixth deployment in support of the War on Terror with three previous deployments to Iraq and two to Afghanistan.

As a Ranger, Plutino selflessly lived his life for others and distinguished himself as a member of the Army’s premier direct action raid force, continuously deployed in support of the Global War on Terror, and fought valiantly as he served his fellow Rangers and our great Nation.