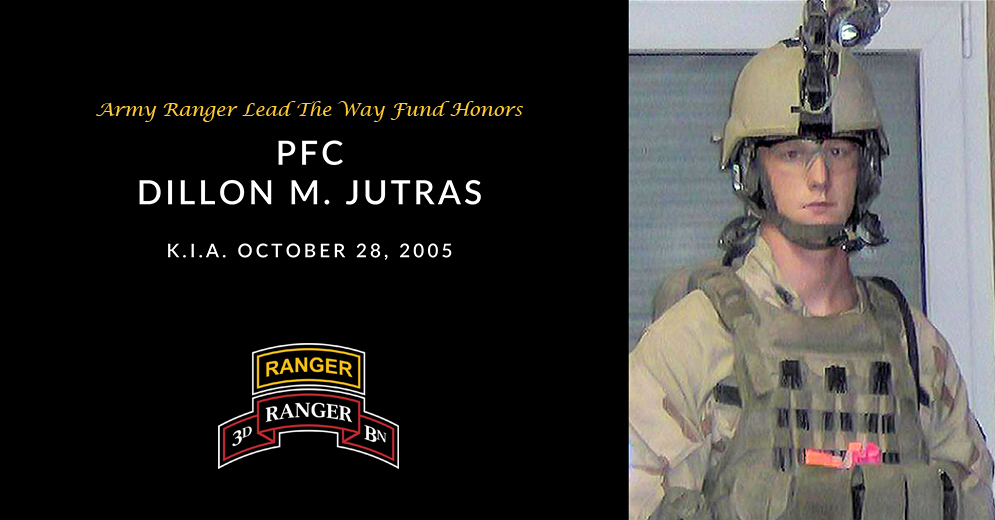 He was killed in action on Oct. 28, 2005, while conducting combat operations in support of Operation Iraqi Freedom in Iraq’s Al Anbar province.

Jutras, of Fairfax Station, Va., was born Oct. 2, 1985, in Fayetteville, N.C. He enlisted in the Army Jan. 31, 2005. After completing One Station Unit Training, Airborne School and Ranger Indoctrination Program at Fort Benning, Ga., he was assigned to 3rd Bn. in July 2005.

He deployed in support of Operation Iraqi Freedom in August 2005.

His awards and decorations include the National Defense Service Medal, the Iraq Campaign Medal, Global War on Terrorism Service Medal, Army Service Ribbon and the Parachutist Badge. Jutras was posthumously awarded the Bronze Star Medal for valor, the Purple Heart and the Army Commendation Medal.

Jutras is survived by his parents, Pierre and Julia Jutras, of Fairfax Station, Va.

As a Ranger, Jutras distinguished himself as a member of the Army’s premier light infantry unit in support of the Global War on Terrorism and fought valiantly to uphold the prestige, honor and high “esprit de corps” of the Ranger Regiment.