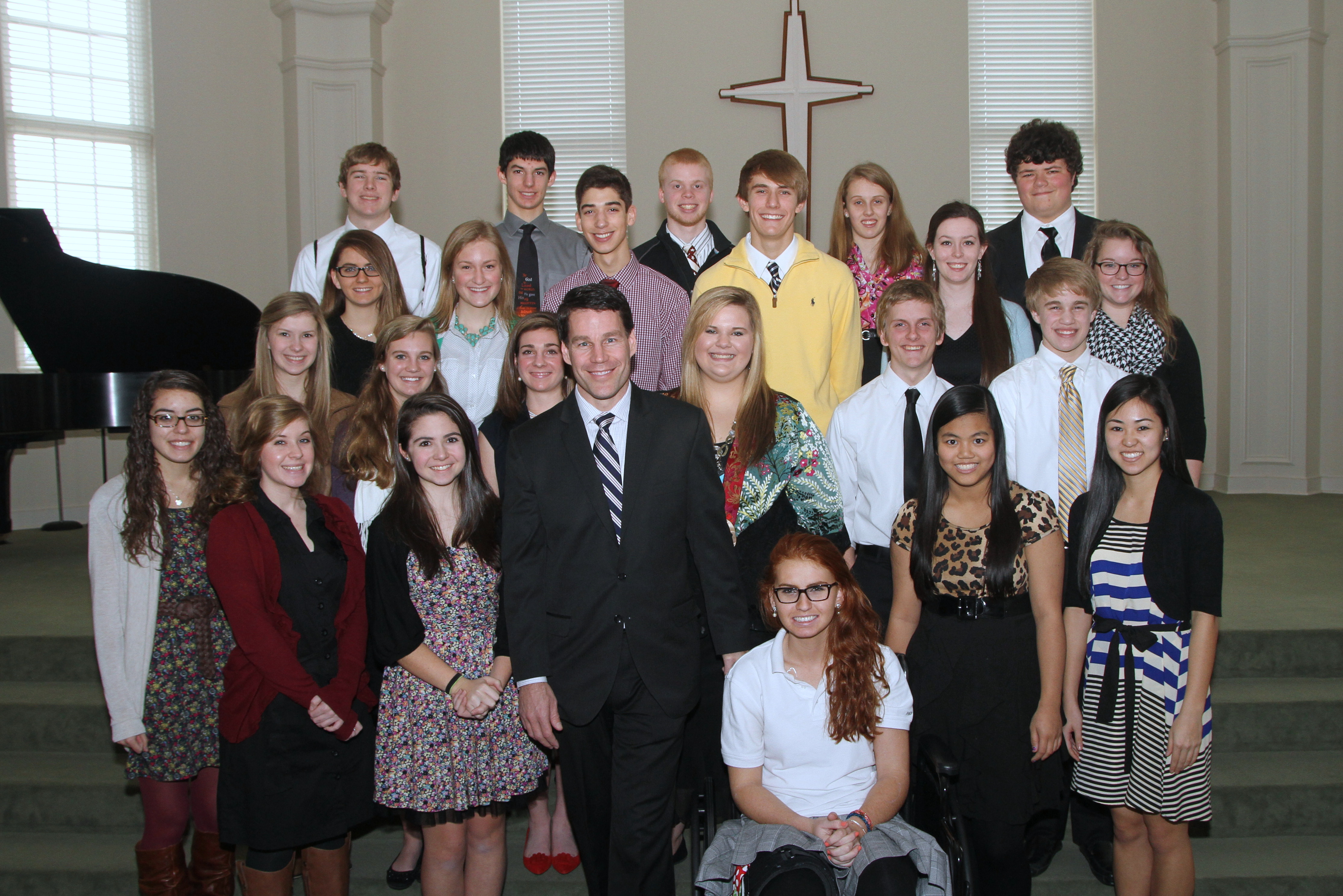 Lead The Way Fund would like to give a very special thank you to the Student Ambassadors from First Assembly Christian School (FACS) in Cordova, TN for conducting a special assembly to honor U.S. military on January 23, 2013, featuring Sgt. Jeff Struecker as keynote speaker. As a surprise for Sgt. Struecker, who is a retired Army Ranger, the students took up a love offering for the Lead the Way Fund. It was a very thoughtful and generous donation from such lovely young adults.

Sgt. Struecker served in combat in Operation Just Cause, Operation Desert Storm, and the Battle of Mogadishu, and as a chaplain during more than a dozen tours in Afghanistan and Iraq. He is best known for leading convoys in and out of Mogadishu, Somalia in October of 1993 in the all-night rescue mission made famous by the book and subsequent movie, “Black Hawk Down.”