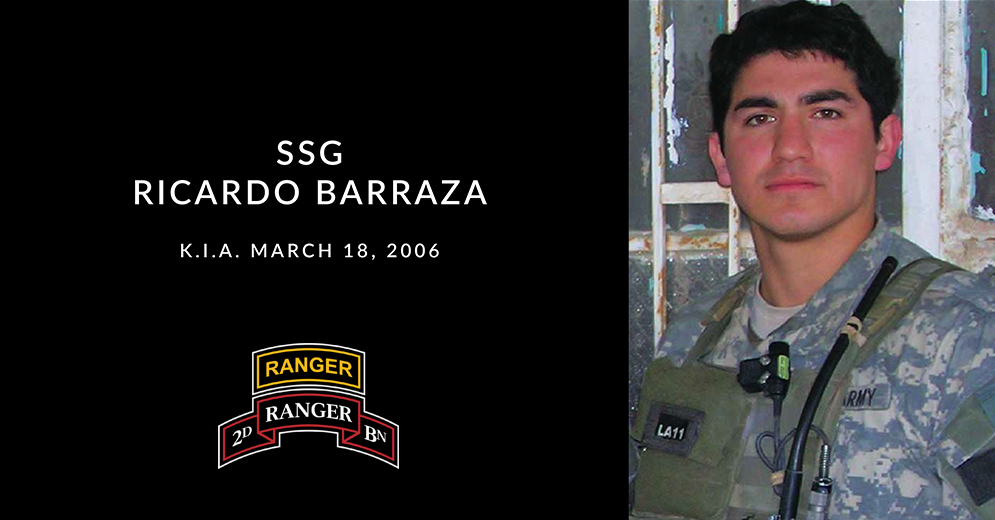 Assigned to 2nd Ranger Bn. in March 2000, Barraza served in every position of a Ranger rifle squad.

Barraza is survived by his parents, Francisco and Nina Barraza, and two sisters, Amanda and Rachel, of Shafter, Calif., and another sister, Jamie Barraza, and a brother, Frankie Barraza, of Sunnyside, Wash. His fiancé, Meghan K. Harrington, and her daughter, Kayla, of Lacey, Wash., also survive him.

As a Ranger, Barraza distinguished himself as a member to the Army’s premier light infantry unit, traveled to all corners of the world in support of Global War on Terrorism and fought valiantly to “uphold the prestige, honor and high ‘esprit de corps’” of the Ranger Regiment.