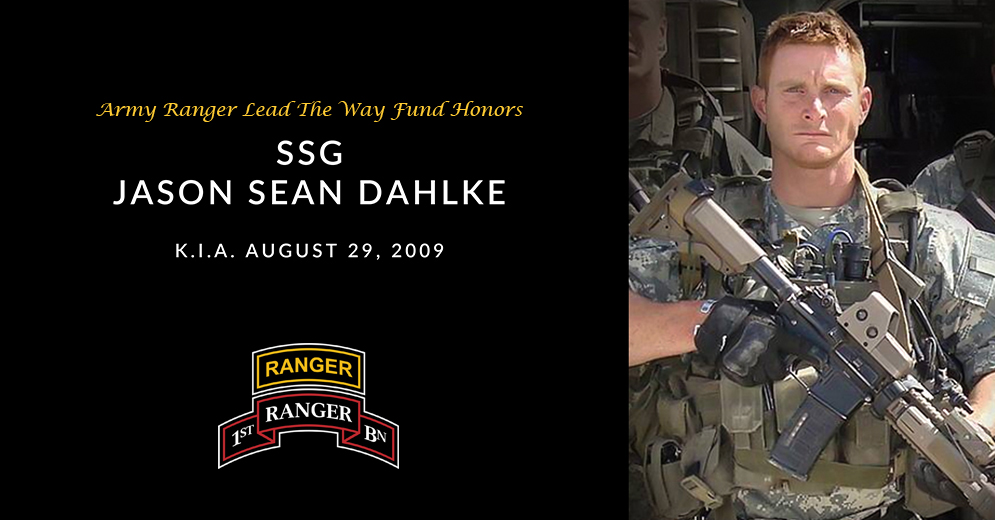 He was killed by enemy fire while conducting combat operations August 29, 2009 in the vicinity of the Paktika Province, Afghanistan. Dahlke was on his sixth deployment in support of the War on Terror with three previous deployments to Iraq and two deployments to Afghanistan.

Dahlke enlisted in the U.S. Army from his hometown of Jacksonville, Fla., May 2004. He completed One Station Unit Training at Fort Benning, Ga., as an infantryman. After graduating from the Basic Airborne Course there, he was assigned to the Ranger Indoctrination Program also at Fort Benning.

He graduated from the Ranger Indoctrination Program in December 2005 and was then assigned to Company A, 1st Bn., 75th Ranger Regiment in June 1, 2005. He served there as a rifleman, grenadier, machine gunner, fire-team leader, section leader and squad leader. He then moved to the battalion recon platoon serving for one deployment as an advisor to local, national forces. Dahlke returned to Co. A as a squad leader February 2009 and served in that position until his death.

He is survived by his wife Nikole M. Norvell Dahlke of Richmond Hill, Ga., father Roger Dahlke of Jacksonville, Fla., and his mother Deborah DeLaney of St. Augustine, Fla.