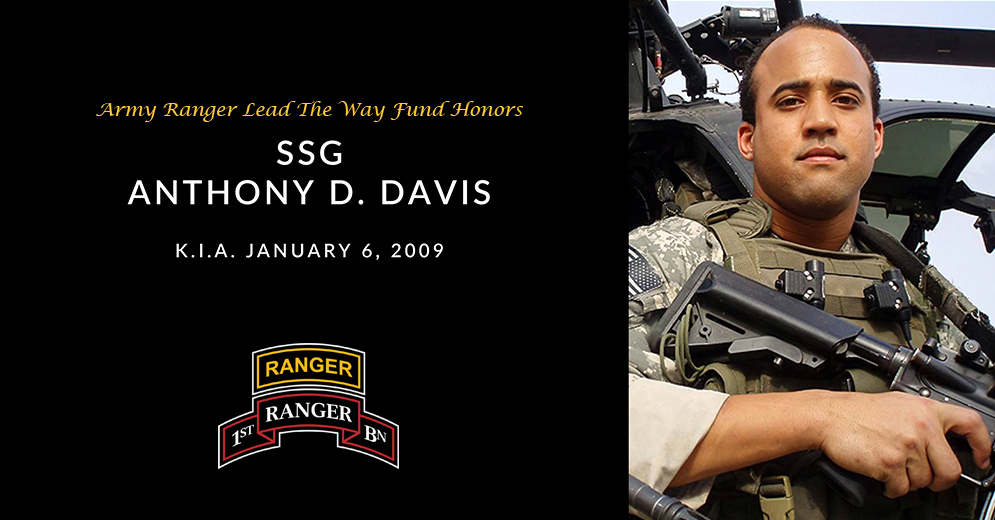 He was killed during a direct fire engagement by a heavily armed enemy combatant in northern Iraq. The enemy combatant was subsequently killed when he engaged the assault force.

Davis was serving his sixth combat deployment. His previous deployments were to Afghanistan and Iraq.

He graduated from the Ranger Indoctrination Program in June 2001 and was then assigned to Company C, 1st Bn., 75th Ranger Regiment in July 2001. He served there as a fire team leader and a team leader.

As a Ranger, Staff Sgt. Anthony D. Davis distinguished himself as a member of the Army’s premier light-infantry unit, traveled to all corners of the world in support of the Global War on Terrorism, and fought valiantly to “uphold the prestige, honor, and high ‘esprit de corps’” of the Ranger Regiment.