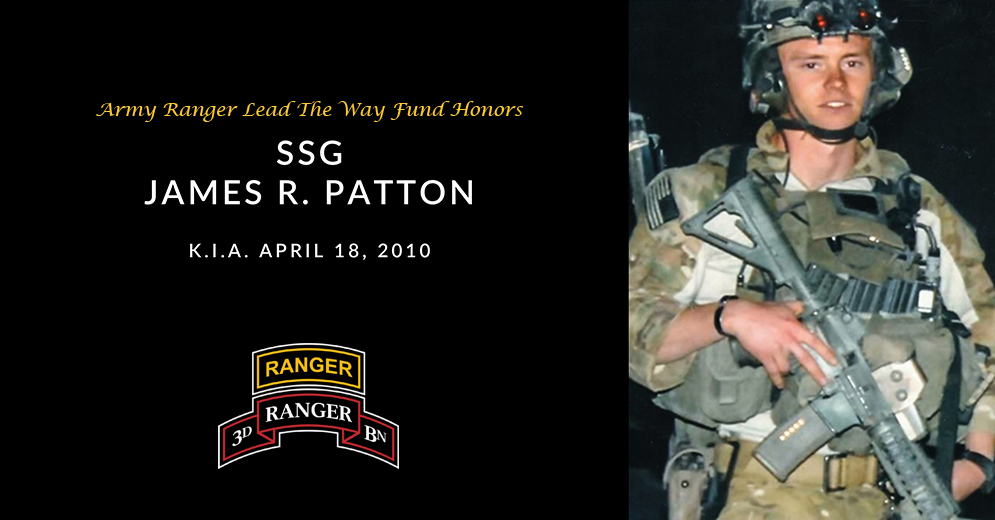 Patton died April 18, 2010 while conducting a combat operation in northern Iraq when the UH-60 Black Hawk helicopter in which he was riding crashed.

He was on his seventh deployment in support of the War on Terror. He had previously deployed twice to Iraq and four times to Afghanistan.

After graduation from Spencer High School in Columbus, Ga., Staff Sgt. Patton enlisted in the U.S. Army in July 2004. He completed One Station Unit Training at Fort Benning, Ga. as an Infantryman. Then after graduating from the Basic Airborne Course, he was assigned to the Ranger Indoctrination Program also at Fort Benning.

Following graduation from the Ranger Indoctrination Program Patton was assigned to Company B, 3rd Battalion, 75th Ranger Regiment in February 2005 where he served as a Grenadier, Fire Team Leader, Team Leader and Squad Leader.

He was posthumously awarded the Bronze Star Medal and Meritorious Service Medal.