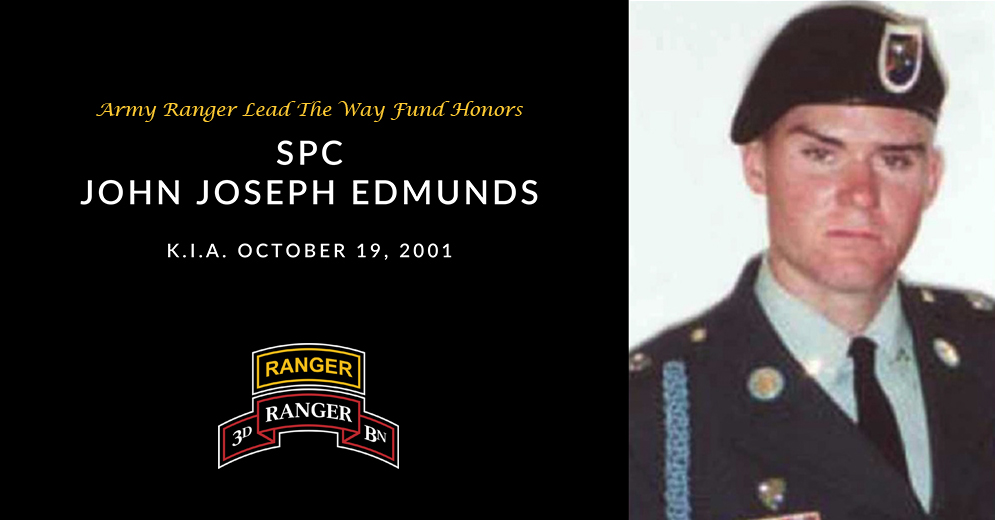 Spc. John J. Edmunds was born January 3, 1981 in Colorado and volunteered for military service with the United States Army, July 20, 1999.

He completed basic training and advanced individual training in the military operational specialty of infantryman at Fort Benning, Georgia. He volunteered for the second time to attend Airborne School. In November 1999, he completed airborne training at Fort Benning.

As a Ranger, Specialist Edmunds distinguished himself as a member of the Army’s premier light-infantry unit and was a highly trained and motivated soldier.