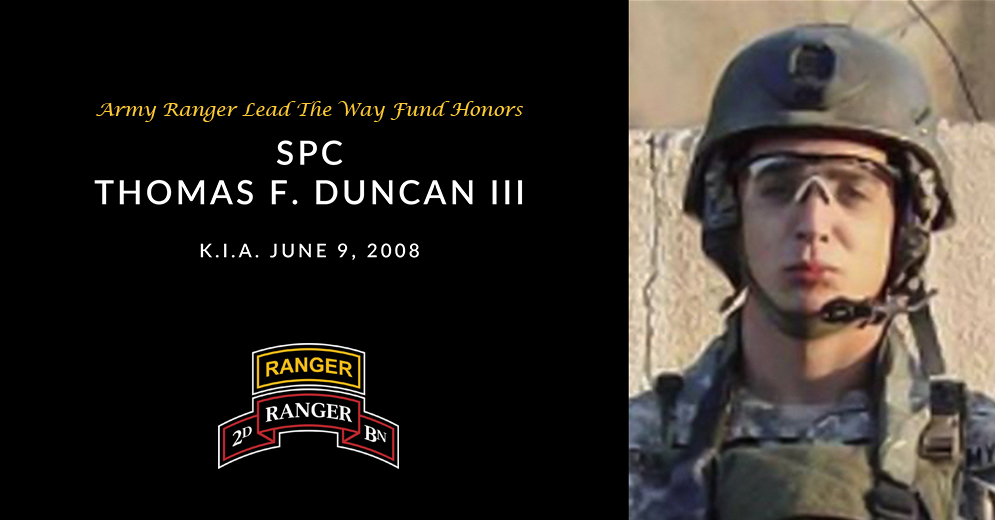 Spc. Thomas F. Duncan III, age 21, was assigned to 2nd Battalion, 75th Ranger Regiment at Fort Lewis, Wash. He was born on April 13, 1987. He died June 9, 2008 as a result of gunshot wounds received during combat operations in Iraq.

He graduated from the Ranger Indoctrination Program in August 2006.

Duncan is survived by his wife Megan Duncan of Louisa, Ky., his mother Amanda Duncan of Bedias, Texas and his father Thomas F. Duncan II of Oakwood, Ga.

Ranger Duncan distinguished himself as a member of the Army’s premier light infantry unit, traveled to all corners of the world in support of the Global War on Terrorism, and fought valiantly to “uphold the prestige, honor, and high ‘esprit de corps’” of the Ranger Regiment.