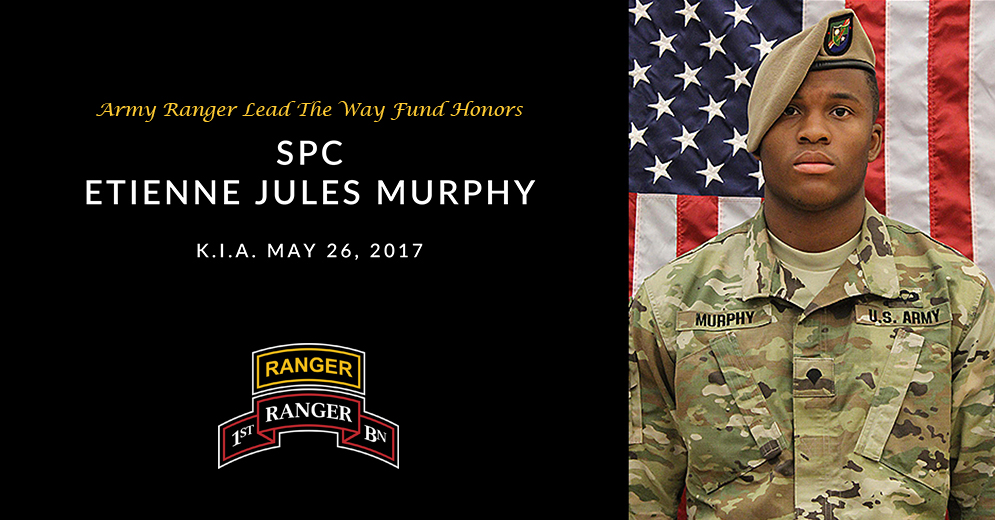 SPC Etienne J. Murphy, 22, died as a result of a non-tactical vehicle roll over in the vicinity of northern Syria.

SPC Murphy was an Infantryman assigned to Bravo Company, 1st Battalion, 75th Ranger Regiment at Hunter Army Airfield, Georgia.  He was on his first deployment.

He was born May 17, 1995 in Boston, Massachusetts and enlisted in the U.S. Army from his hometown of Snellville, Georgia in June 2013.  He completed One Station Unit Training (OSUT) at Fort Benning, Georgia as an Infantryman.  He was then assigned to 2nd Battalion, 22nd Infantry Regiment, 1st Brigade Combat Team, 10th Mountain Division at Fort Drum, New York.

SPC Murphy volunteered to serve with the 75th Ranger Regiment in October 2015 and attended the Basic Airborne Course and Ranger Assessment and Selection Program 1.

Following graduation from these courses, SPC Murphy was assigned to Bravo Company, 1st Battalion, 75th Ranger Regiment where he served as an Anti-Tank Gunner.

SPC Murphy has been posthumously awarded the Army Commendation Medal. He is survived by his wife Martha and two children.