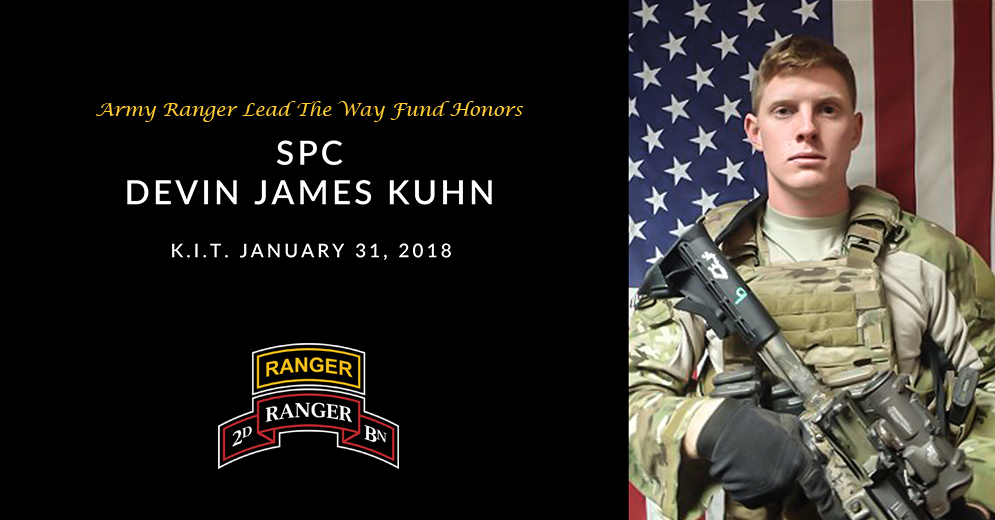 Kuhn was born Jan. 28, 1994, and raised in Philadelphia. He graduated from Archbishop Ryan High School in 2013. After enlisting in the U.S. Army in April 2015 and attending One Station Unit Training at Fort Benning, Georgia, he graduated from the Basic Airborne Course, the Ranger Assessment and Selection Program 1, and the U.S. Army Ranger Course.

He was assigned to Alpha Company, 2nd Battalion, 75th Ranger Regiment at Joint Base Lewis-McChord, Washington in December 2015 where he served as an automatic rifleman, deploying once in support of Operation Freedom’s Sentinel in Afghanistan.

His Battalion Commander, Col. Ken Burgess, said of him, “Devin loved God, his wife, his family, and he loved being a Ranger. He was taken from us too early in a tragic accident, but we endeavor to honor his life and service to this nation.”

Kuhn was a devout Roman Catholic and is survived by his wife Brittany, his parents James and Lynn Kuhn and his sister Sara Kuhn, all of Philadelphia.