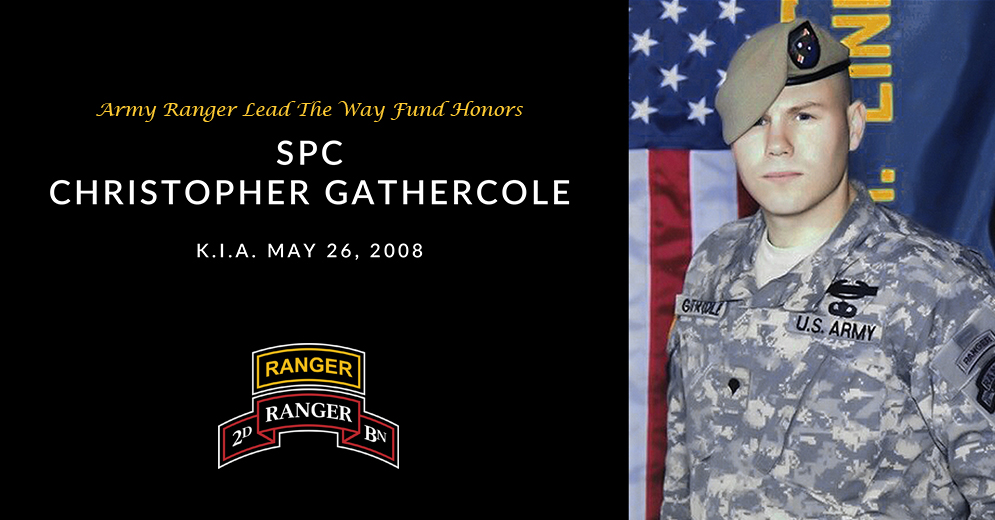 Spc. Christopher Gathercole, age 21, was assigned to 2nd Battalion, 75th Ranger Regiment at Joint Base Lewis-McChord, Wash. He was born on Oct. 16, 1986.

He was killed on May 26, 2008, near Ghazni, Afghanistan while conducting combat operations.

He graduated from the Ranger Indoctrination Program in May 2006 and was then assigned to 2nd Bn., 75th Ranger Regiment in June 2006. He was a lightweight machine (MK46) gunner.

He was posthumously awarded the Bronze Star with Valor, Purple Heart, Meritorious Service Medal and the Army Good Conduct Medal.

Gathercole is survived by his brother Edward F. Gathercole, sister Jennifer Daly and father Edward R. Gathercole both of Santa Rosa and his mother Catherine Ferrell of Fairfield, Calif.