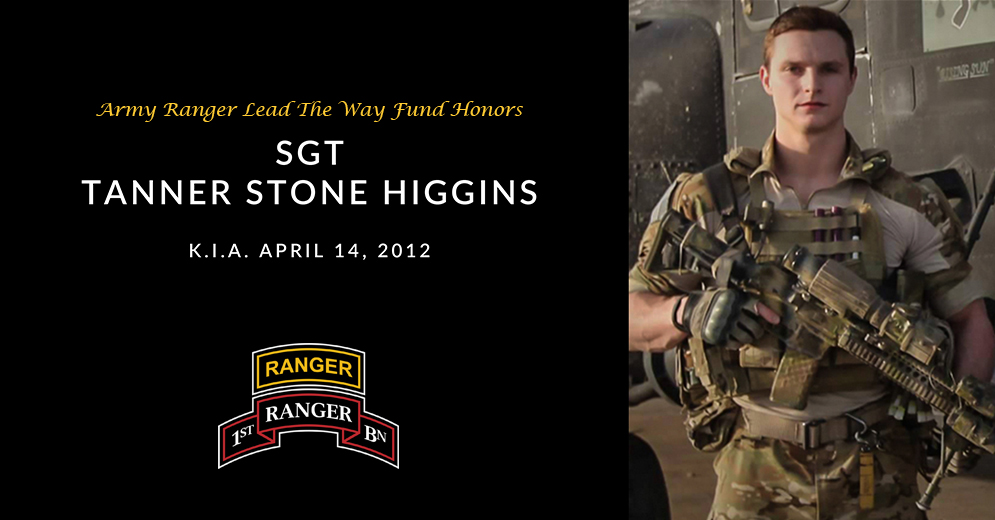 Sgt. Tanner Stone Higgins, 23, was killed by enemy forces during a heavy firefight while conducting combat operations in Logar Province, Afghanistan. He was leading an assault against an enemy compound when he was mortally wounded by small arms fire.

Tanner was a team leader assigned to Company D, 1st Battalion, 75th Ranger Regiment at Hunter Army Airfield, Ga. He was on his third deployment to Afghanistan in support of the War on Terror. He deployed to Iraq once.

Higgins graduated from the Ranger Assessment and Selection Program and was then assigned to Company D, 1st Bn., 75th Ranger Regiment in July 2008, where he served as a rifleman, grenadier, automatic rifleman, gun team leader and a Ranger team leader.

His awards and decorations include the Ranger Tab, the Combat Infantryman’s Badge, the Parachutist Badge, and the U.S. Army Expert Rifle Marksmanship Qualification Badge.

Higgins is survived by his wife Shelby Lynn Higgins of Savannah, Ga., his father Danny R. Higgins of Hurst, Texas, and his mother Patti D. Sells of Tybee Island, Ga.

As a Ranger, Higgins selflessly lived his life for others and distinguished himself as a member of the Army’s premier direct action raid force and fought valiantly as he served his fellow Rangers and our great Nation.