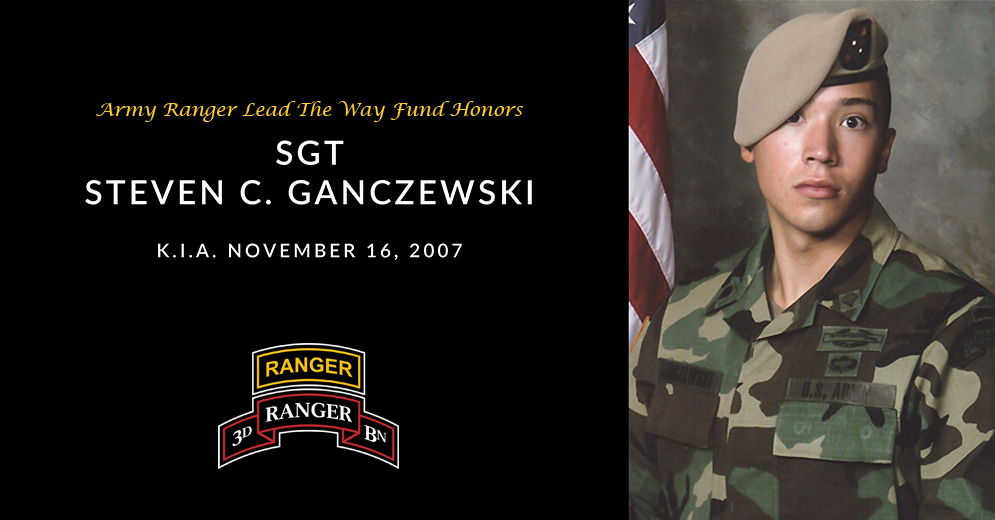 He died Nov. 16, 2007, in northern Iraq of injuries sustained in a combat related incident.

He graduated from the Ranger Indoctrination Program in April 2004 and was then assigned to 3 rd Bn., 75 th Ranger Regiment in May 2004. He served there as a grenadier and fire team leader.

He is survived by his wife Rachel and daughter Makayla, of Columbus, Ga., and his parents Mark and Maria Ganczewski of Niagara Falls, N.Y.

As a Ranger, Sgt. Ganczewski distinguished himself as a member of the Army’s premier lightinfantry unit, traveled to all corners of the world in support of the Global War on Terrorism, and fought valiantly to “uphold the prestige, honor, and high ‘esprit de corps’” of the Ranger Regiment.