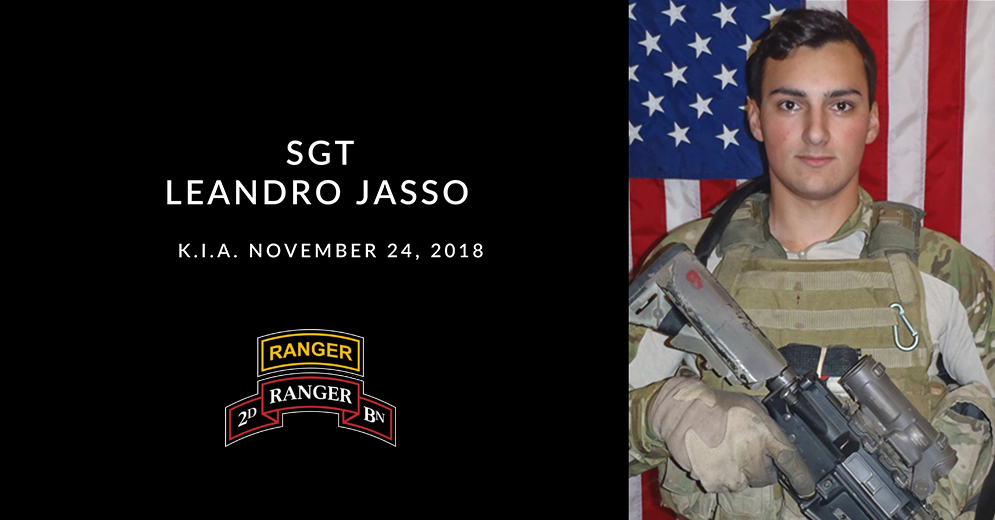 Sgt. Leandro Jasso, 25, was born June 19, 1993 in Washington and was assigned to Company A, 2nd Battalion, 75th Ranger Regiment, Joint Base Lewis-McChord, Washington.

He was killed November 24, in Nimroz province, Afghanistan, while conducting combat operations in support of Operation Freedom’s Sentinel.

He was immediately treated and medically evacuated to the nearest medical treatment facility, where he died of his wounds.

A native of Leavenworth, Washington, Sgt. Jasso enlisted in the U.S. Army in August 2012. He completed One Station Unit Training as an Infantryman and the Basic Airborne Course at Fort Benning, Georgia. Following initial training, he successfully completed Ranger Assessment and Selection Program 1 and was assigned to 2nd Ranger Battalion, where he served as an Assistant Machine Gunner, Automatic Rifleman and Grenadier.

At the time of his death, Sgt. Jasso was serving as a team leader on his third deployment to Afghanistan.