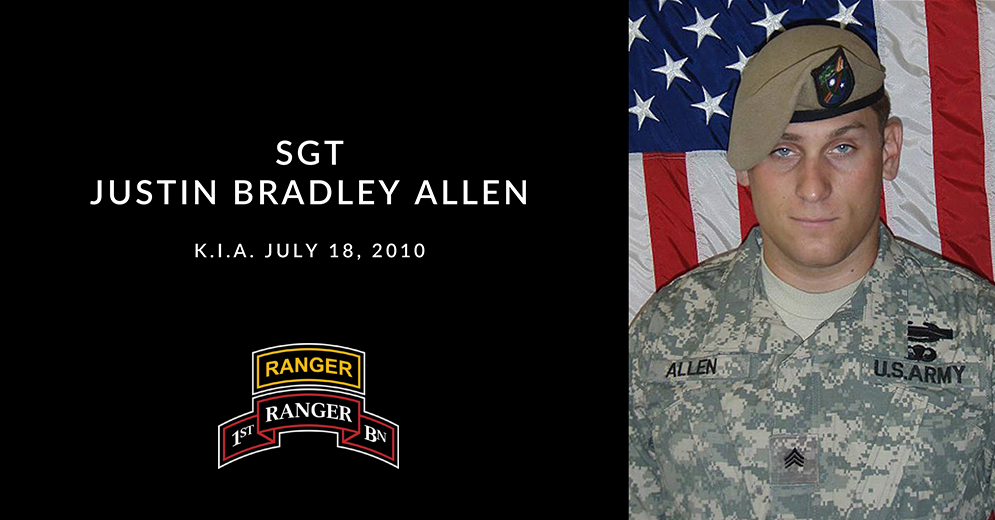 He was killed in a fire fight with enemy forces on July 18, 2010, while conducting a combat operation in Kandahar Province, Afghanistan. Allen was leading an assault on an enemy position when he was mortally wounded by enemy small arms fire.

He was on his fourth deployment. He had previously deployed twice to Iraq and once to Afghanistan.

He is survived by his parents Roger and Bonnie Sue Allen of Coal Grove, Ohio.

As a Ranger, Allen selflessly lived his life for others while he distinguished himself as a member of the Army’s premier light-infantry unit, which remains continuously deployed in support of the Global War on Terrorism. In every instance he fought valiantly as he served his fellow Rangers and our great Nation.