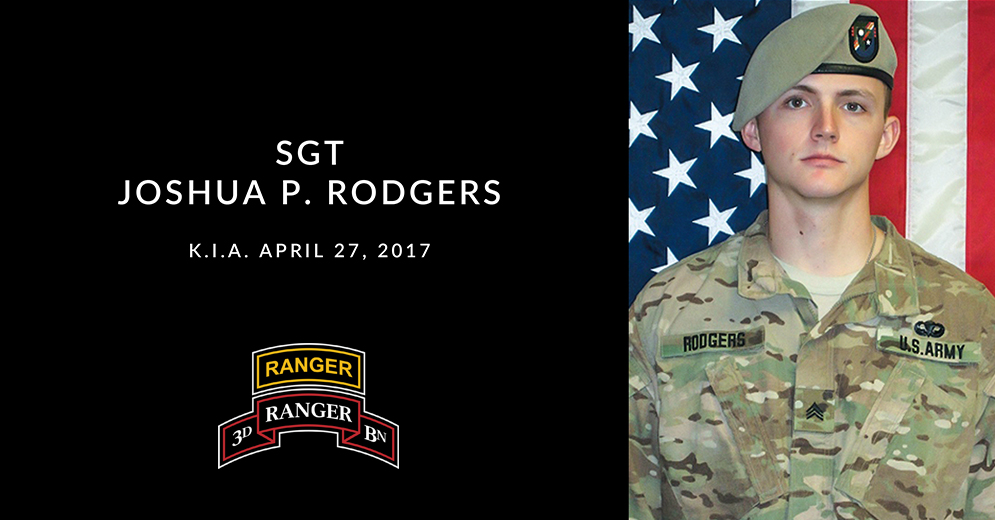 Sgt. Rodgers was a Ranger Team Leader assigned to Company C, 3rd Battalion, 75th Ranger Regiment at Fort Benning, Ga. He was on his third deployment to Afghanistan.

He was born August 22nd, 1994 in Normal, Illinois. After graduating from high school, he enlisted in the U.S. Army from his hometown of Bloomington, Ill., in August 2013. He completed One Station Unit Training at Fort Benning, Ga., as an Infantryman. After graduating from the Basic Airborne Course, he was assigned to the Ranger Assessment and Selection Program 1, also at Fort Benning.

Following graduation from the Ranger Assessment and Selection Program 1, Sgt. Rodgers was then assigned to Company C, 3rd Bn., 75th Ranger Regiment in May 2014 where he served as a Machine Gunner, Semi-Automatic Gunner, Gun Team Leader and Ranger Team Leader.

His awards and decorations include the Ranger Tab, the Parachutist Badge and the Marksmanship Qualification Badge Expert-Rifle.