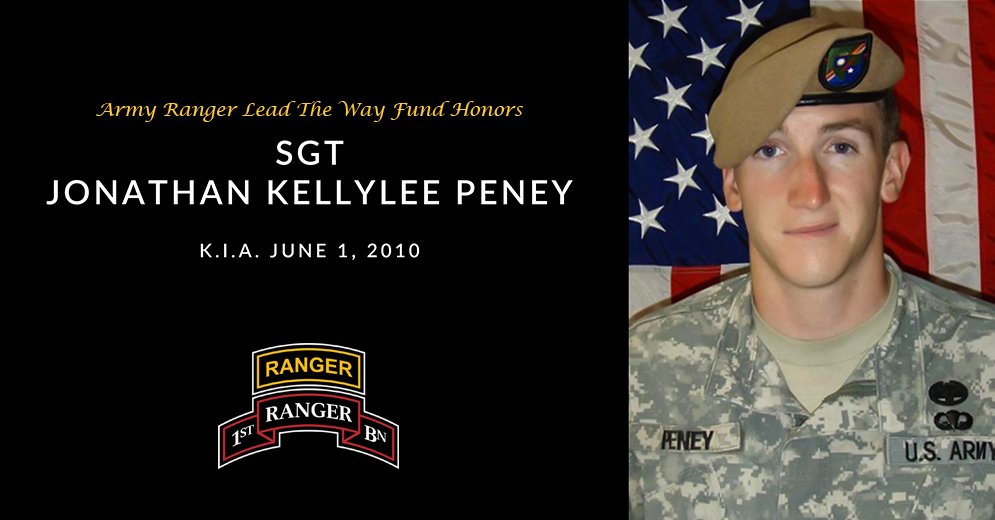 Doc Peney was killed by enemy fire while moving under heavy fire to provide aid to a wounded Ranger in the Kandahar Province, Afghanistan.

He was on his fourth deployment in support of the War on Terror with three previous deployments to Afghanistan.

After graduating from high school, Peney enlisted, at the age of 18, in the U.S. Army from his hometown of Marietta, Ga., in November 2005.

His awards and decorations include the Ranger Tab, Expert Field Medical Badge, and the Parachutist Badge.

Peney is survived by his wife Kristin E. Peney of Savannah, Ga., and his mother Sue L. Peney of LaGrange, Ga. There is a First Aid Station at Fort Benning named after him.