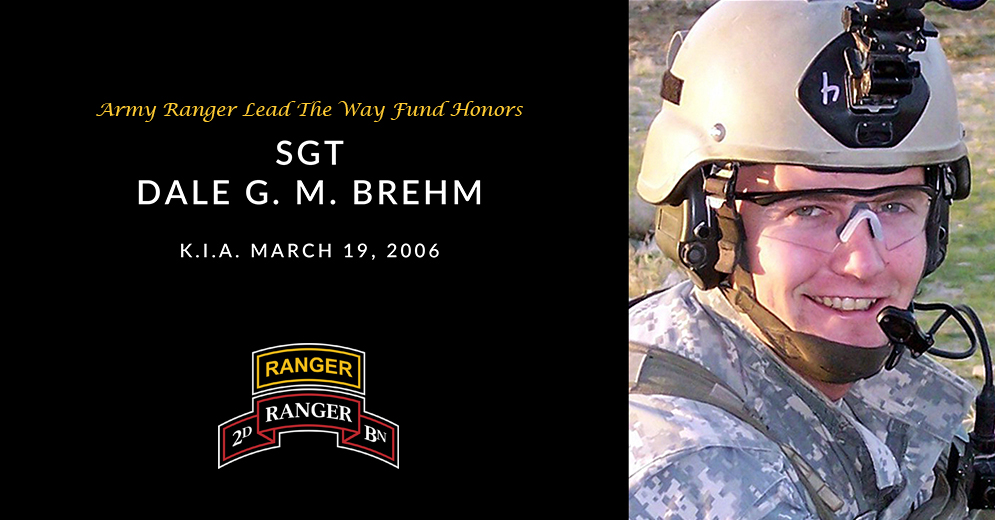 As a Ranger, Brehm selflessly lived his life for others and distinguished himself as a member of the Army’s premier direct action raid force, continuously deployed in support of the Global War on Terror, and fought valiantly as he served his fellow Rangers and our great Nation.

Brehm is survived by his wife, Raini, his mother and stepfather Laura & Ed Vawter, his father and stepmother, William, and Linda Brehm and his two brothers, Scott Williams and SPC Chad Williams.

Army Ranger Lead the Way Fund presented Dale’s family with a hand painted portrait of him, commissioned by the American Fallen Soldiers Project, at our annual Gold Star Memorial event.