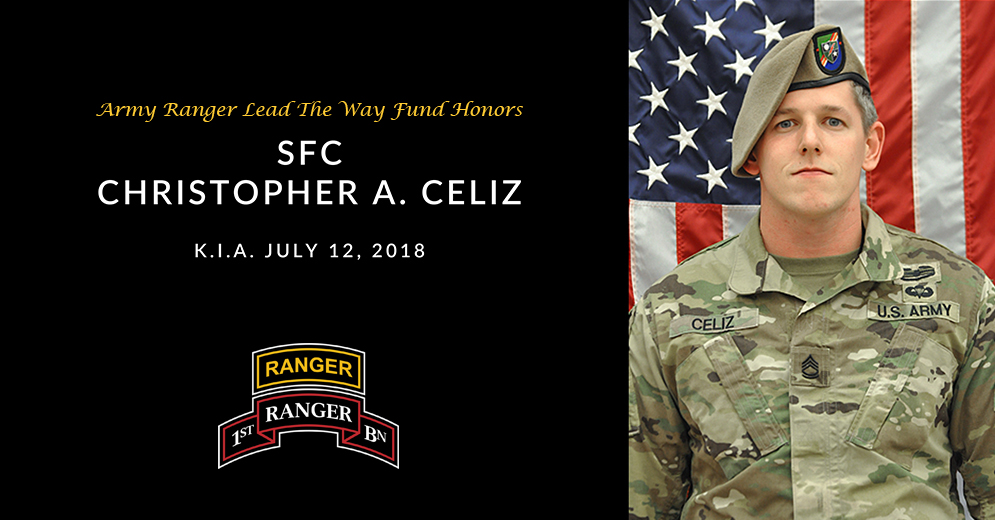 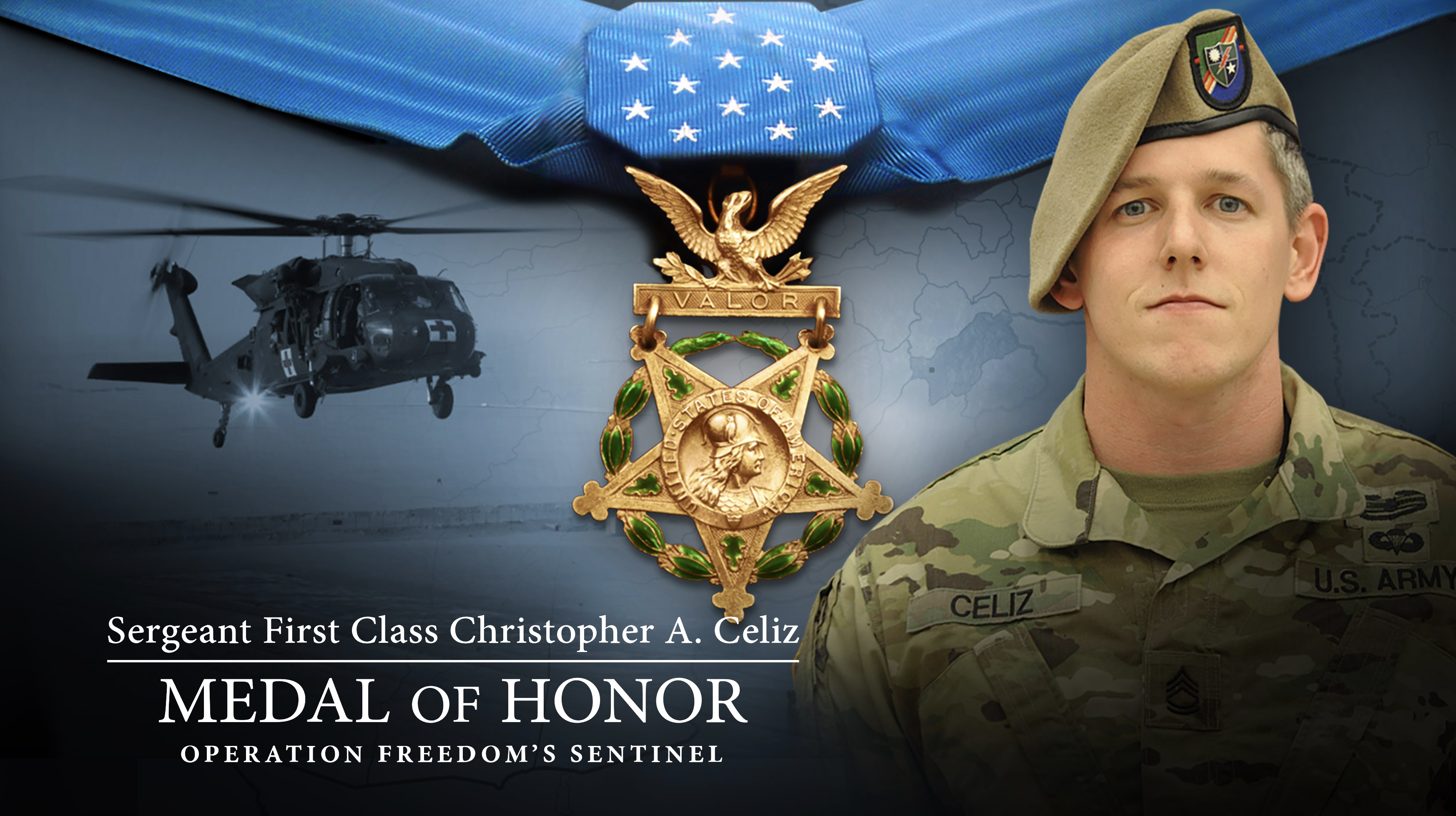 Sgt. 1st Class Christopher A. Celiz, 32, was killed on July 12, 2018 while conducting combat operations in Paktiya province, Afghanistan. Celiz was wounded by enemy small arms fire; he was treated immediately and medically evacuated to the nearest medical treatment facility where he died of his wounds.

A native of Summerville, South Carolina, Celiz was born January 12, 1986 in South Carolina, enlisted in the U.S. Army in September 2007. He completed Basic Combat Training and Advanced Individual Training as a combat engineer at Fort Leonard Wood, Missouri.

A follow-on assignment was with the 530th Engineer Clearance Company, 92nd Engineer Battalion at Fort Stewart, Georgia, where he served as a Sapper squad leader and platoon sergeant.

In 2013, Celiz was selected to serve with the 75th Ranger Regiment as a combat engineer. He was assigned to Headquarters and Headquarters Company, 1st Battalion, 75th Ranger Regiment, Hunter Army Airfield, Georgia where he served as the battalion master breacher and engineer. In March 2017, he was assigned to Company D where he served as the mortar platoon sergeant.

At the time of his death, Celiz was serving as the battalion mortar platoon sergeant and was in the process of reclassifying to the Infantry branch.

His awards and decorations include the Ranger Tab, the Sapper Tab, Combat Action Badge, Parachutist Badge and the Marksmanship Qualification Badge Expert-Rifle.

As a Ranger, Sgt. 1st Class Christopher Celiz selflessly lived his life for others and distinguished himself as a member of the Army’s premier direction action raid force and fought valiantly as he served his fellow Rangers and our great Nation.

Celiz is survived by his spouse, Katie Celiz, and their daughter.