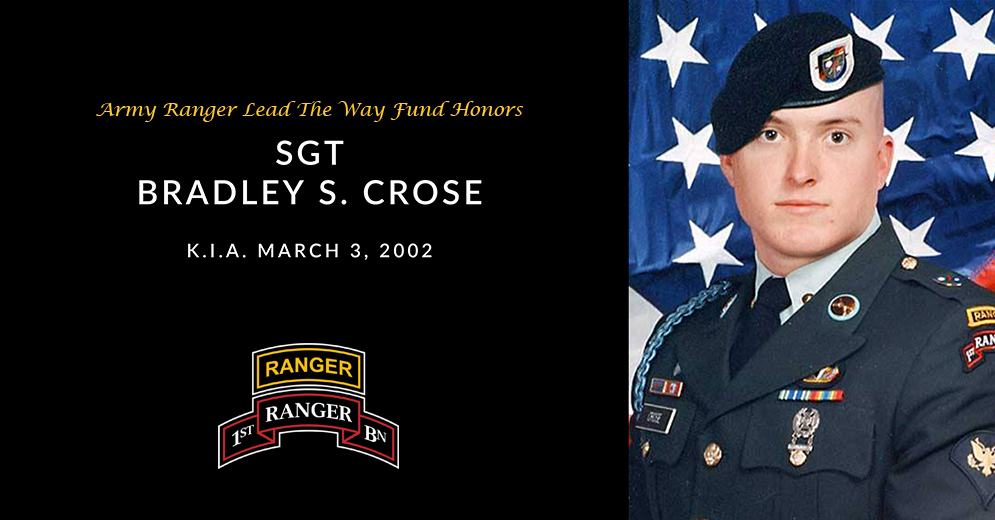 Bradley S. Crose, 22, was from Orange Park, Florida, and volunteered for military service with the United States Army, June 6, 1998.

Sergeant Crose held many positions while assigned to 1st Battalion. He was killed while fighting the Taliban and Al-Qaeda during Operation Anaconda, the most intense fighting thus far in Operation Enduring Freedom in Afghanistan. He died March 3 in combat after enemy gunfire forced down a MH-47 Chinook helicopter, in which he and his fellow Rangers were aboard.

As a Ranger, Sergeant Crose distinguished himself as a member of the Army’s premier light-infantry unit and was a highly trained and motivated soldier.

He is survived by his father Mr. Ricky Crose, and his mother Ms. Sheila Maguhn, both of Orange Park, Florida.