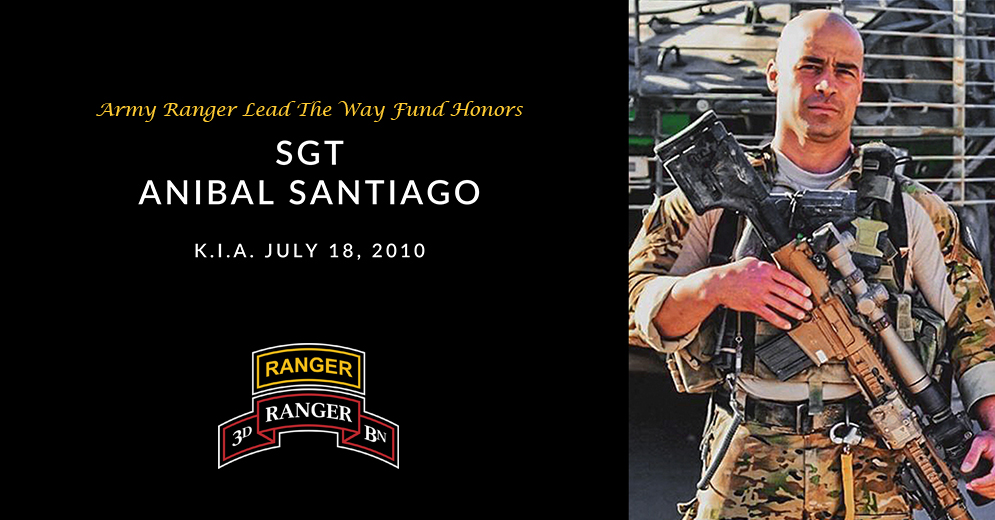 Santiago entered the U. S. Navy in 1991 and served until 1995. Following his Naval service, he served as a policeman in Rockford, Ill., from 1999 to 2005 and also graduated from Elgin Community College with a Liberal Arts degree.

Following his service in the Navy, Santiago entered the U. S. Army on Oct. 1, 2007 and after completion of the One Station Unit Training and the Ranger Indoctrination Program, he was assigned to Headquarters and Headquarters Company, 3rd Battalion, 75th Ranger Regiment on Sept. 30, 2008. He served as a sniper and as a sniper team leader.

Santiago died from injuries sustained as a result of a high-altitude fall while conducting combat operations over mountainous terrain in Khowst Province, Afghanistan. Treated immediately by unit medical personnel, he was quickly evacuated to the nearest medical treatment facility where he died July 18.

Santiago completed numerous military courses while serving in the Army, including the Combat Life Savers Course, Combatives Level One, the Sniper Course, the Airborne Course, the Ranger Indoctrination Program, and the U.S. Army Ranger Course.

He was posthumously recommended for the Bronze Star Medal and the Meritorious Service Medal.

As a Ranger, Santiago selflessly lived his life for others while he distinguished himself as a member of the Army’s premier light-infantry unit, which remains continuously deployed in support of the Global War on Terrorism. In every instance he fought valiantly as he served his fellow Rangers and our great Nation.