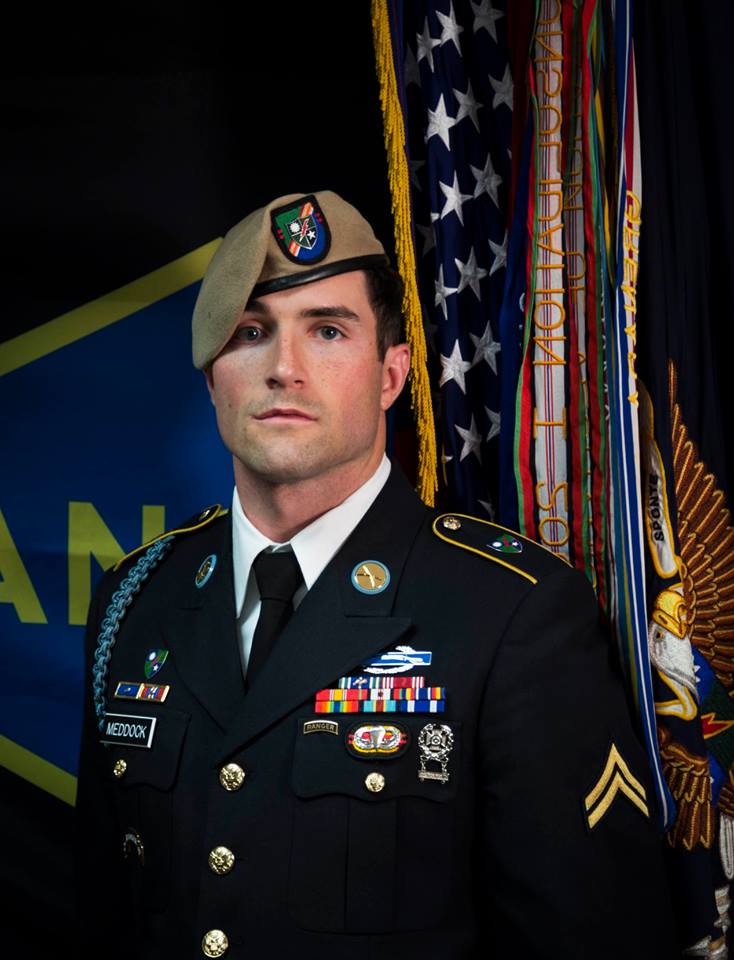 It is with deep sadness and heavy hearts to share the news that SGT Cameron Meddock succumbed yesterday to injuries he sustained while in combat, valiantly and heroically fighting enemy forces in Afghanistan.

Our thoughts and prayers are with the entire Meddock/Nickel family. Please know we will continue to stand by your side.

May God Bless you all.

“Sergeant Cameron Meddock is one of America’s precious Sons. The entire Nation should strive to emulate the Warrior, Patriot and Husband that Cameron was. The 75th Ranger Regiment will forever honor Sergeant Cameron Meddock and his family will forever be a member of our Ranger family,” said Colonel Brandon Tegtmeier, Commander of the 75th Ranger Regiment.
Meddock enlisted in the U.S. Army November 14, 2014.

He completed One Station Unit Training as an Infantryman, the Basic Airborne Course and the Ranger Assessment and Selection Program 1 at Fort Benning, Georgia.

Lieutenant Colonel Rob McChrystal, Commander of 2nd Ranger Battalion further stated that “Sergeant Cameron Meddock was a phenomenal Ranger, and his selfless service represents the very best of our great Nation. He will be missed dearly and the 2nd Ranger Battalion offers its sincerest condolences to his family.”

Following successful completion of Ranger Assessment and Selection Program Level 1, Meddock was assigned to Company A, 2nd Battalion, 75th Ranger Regiment where he served as a machine gunner, automatic rifleman, gun team leader and most recently as a fire team leader.