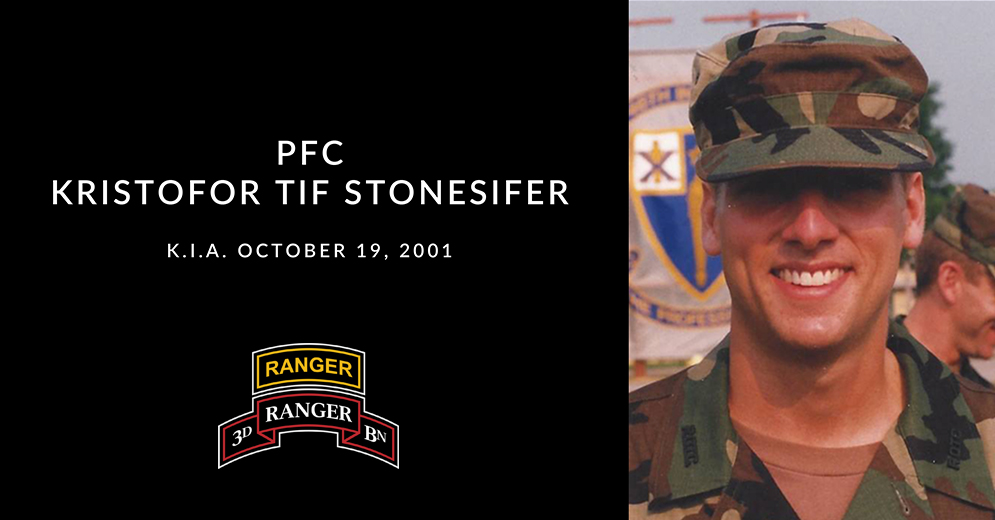 Kristophor Tif Stonesifer was born August 20, 1973 in Florida and volunteered for military service with the United States Army, August 7, 2000.

As a Ranger, Pvt. 1st Class Stonesifer distinguished himself as a member of the Army’s premier light-infantry unit and was a highly trained and motivated soldier.