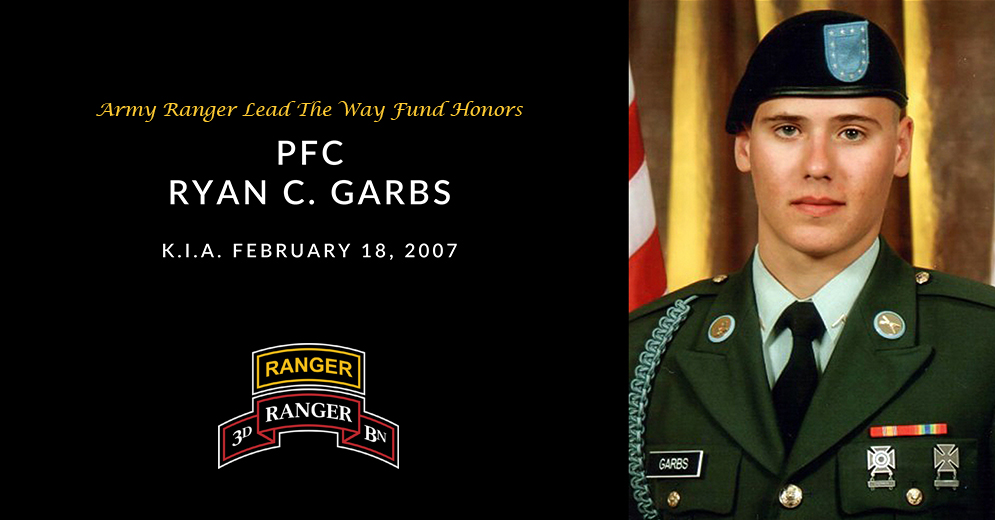 After graduating from Edwardsville High School in 2005, Garbs volunteered for service in the U.S. Army. He completed basic training and advanced individual training in the military occupational specialty of Infantryman at Fort Benning, Ga. He continued his military training and graduated from the United States Army Airborne School in February 2006. Following graduation from the Ranger Indoctrination Program, he was assigned to 1st Platoon, B Company, 3d Battalion, 75th Ranger Regiment in March 2006.

Garbs was a two-time veteran of the Global War on Terrorism, deploying in support of Operation Enduring Freedom in Afghanistan and Operation Iraqi Freedom. While assigned to 3rd Bn., he served as a grenadier and riflemen.

Garbs is survived by his parents, Doug and Jill Garbs of Edwardsville, Ill. and his sister Melanie Neely of Fairfield, Calif.

As a Ranger, Garbs distinguished himself as a member of the Army’s premier light infantry unit, traveled to all corners of the world in support of the Global War on Terrorism and fought valiantly to “uphold the prestige, honor and high ‘esprit de corps’” of the Ranger Regiment.