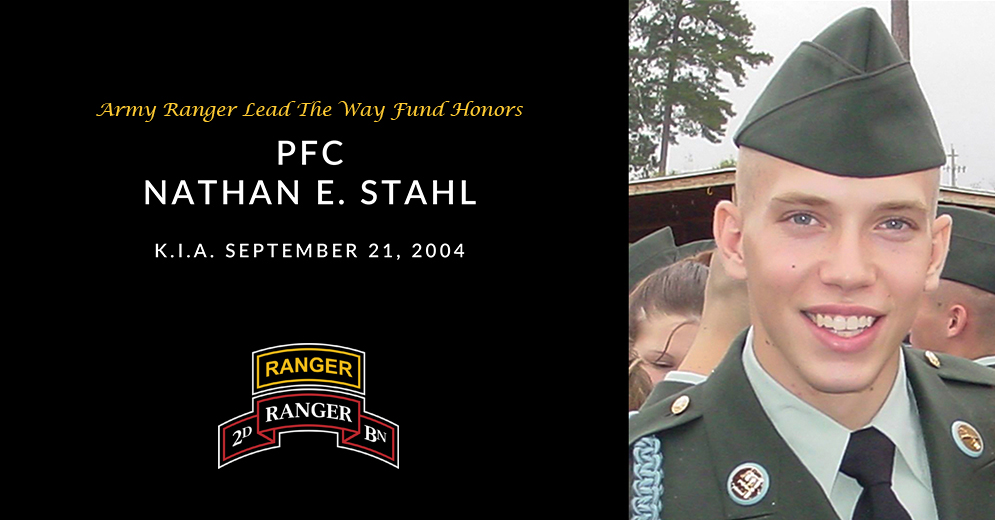 He was killed in action while supporting Operation Iraqi Freedom on Sept. 21, 2004, during a combat patrol in central Iraq after an improvised explosive device detonated near his vehicle.

A native of Highland, Ind., Stahl enlisted in the Army in June 2003. After completing infantry, airborne and Ranger indoctrination training at Fort Benning, Ga., he was assigned to 2nd Bn., 75th Ranger Regt., in January 2004.

Stahl deployed to Iraq in support of Operation Iraqi Freedom earlier this year.

He is survived by his mother and stepfather, Towina G. Nightingale and Rodney Nightingale, ofHighland, IN, and by his father and stepmother, Max E. Stahl and Virginia S. Stahl, of Clayton, NC.

As a Ranger, Pfc. Nathan Stahl distinguished himself as a member of the Army’s premier light infantry unit, traveled to all corners of the world in support of the Global War on Terrorism and fought valiantly to “uphold the prestige, honor, and high ‘esprit de corps’” of the Ranger Regiment.