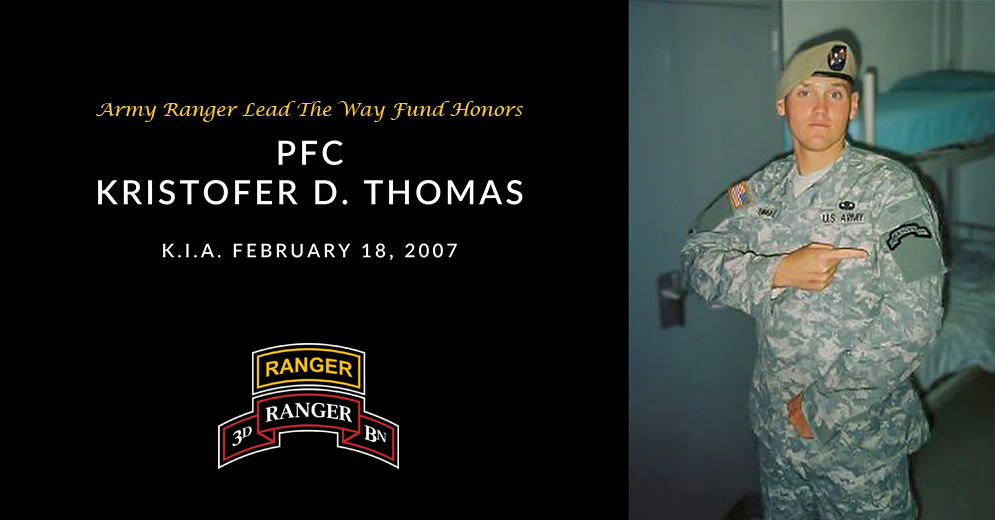 After graduating from high school in Roseville, Calif., Thomas volunteered for military service and entered the Army Feb. 9, 2006. By September 2006, he had completed One Station Unit Training, airborne school and Ranger Indoctrination Program at Fort Benning.

Assigned to 2nd Platoon, Company B, 3rd Bn., in September 2006, Thomas served as a rifleman. He was serving as a member of a Site Security Team when he was killed.

Thomas is survived by his parents, Rodney Thomas of Lincoln, Calif., and Debby Getz of Roseville, Calif.

As a Ranger, Thomas distinguished himself as a member of the Army’s premier light infantry unit, traveled to all corners of the world in support of the Global War on Terrorism and fought valiantly to “uphold the prestige, honor and high ‘esprit de corps’” of the Ranger Regiment.