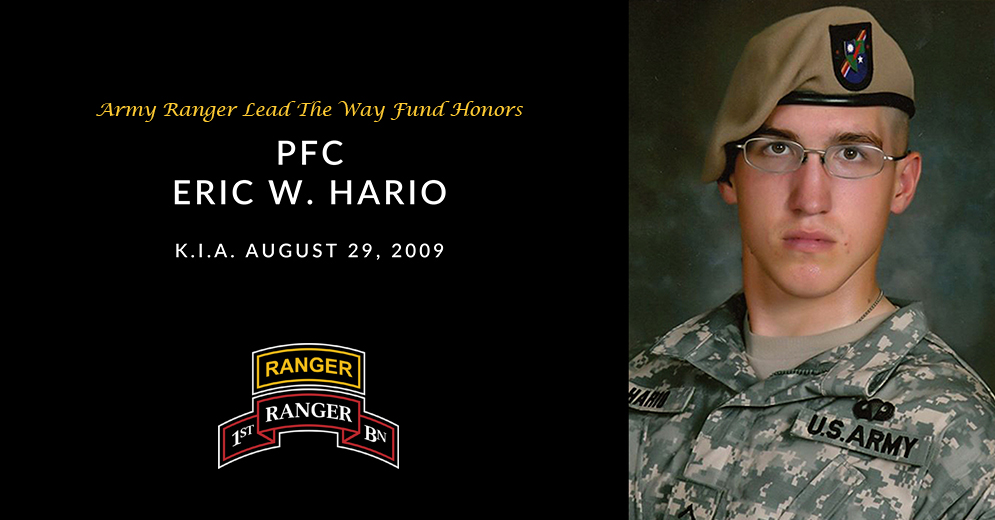 Hario was wounded by enemy fire while conducting combat operations in the vicinity of Paktika Province, Afghanistan, on Aug. 29, 2009. He was medically evacuated to a combat support hospital where he died.

He was on his first deployment in support of the War on Terror.

After graduating from Monroe High School where he lettered in football and wrestling, Hario enlisted in the U.S. Army in June 2008.

He completed One Station Unit Training at Fort Benning Ga., as an infantryman. After graduating from the Basic Airborne Course there, he was assigned to the Ranger Indoctrination Program also at Fort Benning.

Upon graduation from the Ranger Indoctrination Program, he was assigned to Company A, 1st Bn., 75th Ranger Regiment in January 2009 where he served as a grenadier.

His military education includes the Basic Airborne Course and the Ranger Indoctrination Program.

His awards and decorations include the National Defense Service Medal, Global War on Terrorism Service Medal, Army Service Ribbon and the Parachutist Badge.

He was posthumously awarded the Bronze Star Medal and Purple Heart.