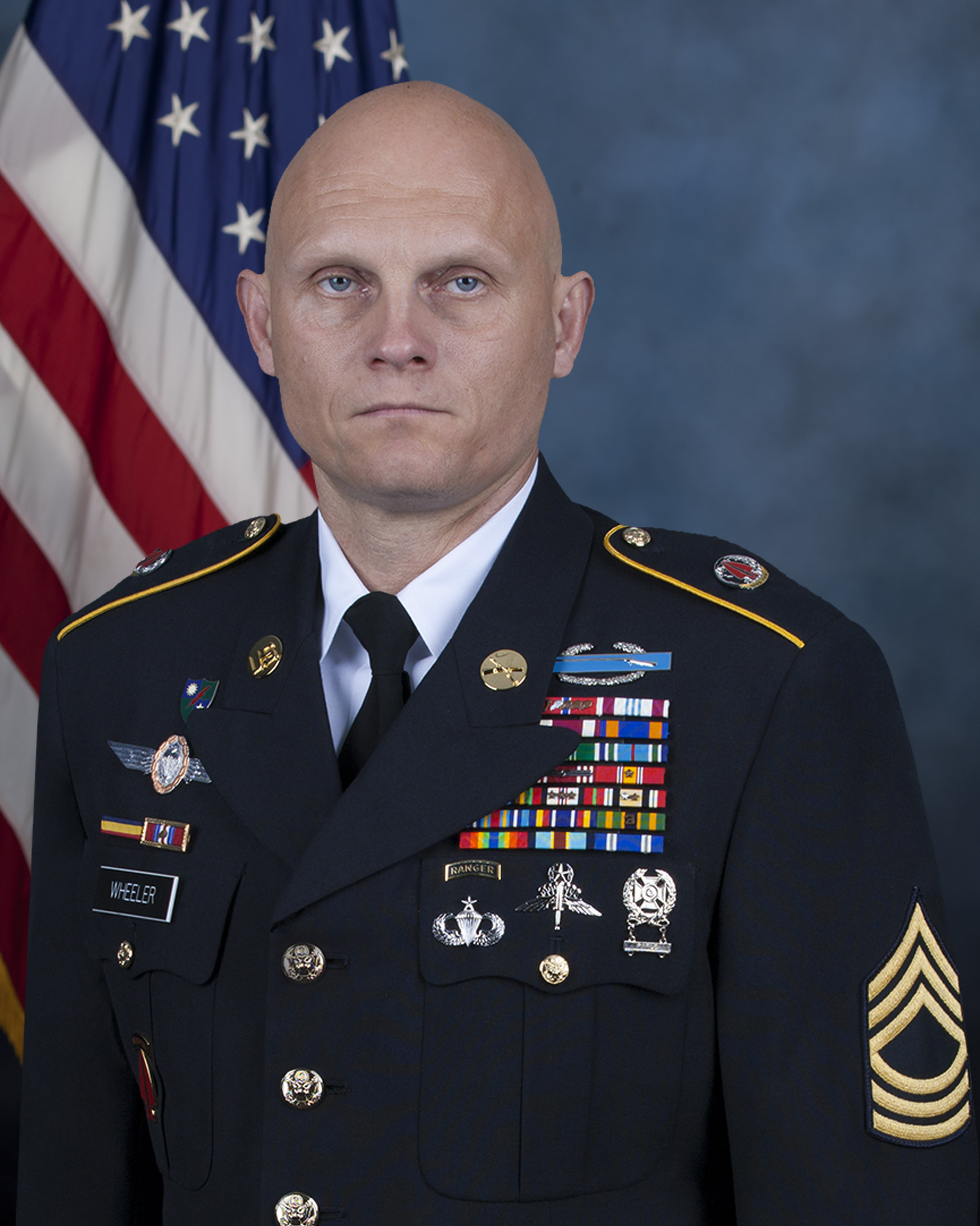 Wheeler died from enemy gunfire while in combat near Hawijah, Iraq.
He was born Nov. 22, 1975, in Roland, Oklahoma, and graduated in 1994 from Muldrow High School in Muldrow, Oklahoma.

In February 1997, he transitioned to Company B, 2nd Battalion, 75th Ranger Regiment, Fort Lewis, Washington, where he served for over seven years as an infantryman, rifle team leader, squad leader, weapons squad leader, and anti-tank section leader, deploying five times in support of combat operations in Afghanistan and Iraq. Wheeler was assigned to U.S. Army Special Operations Command in 2004, and deployed 12 times in support of combat operations in Iraq and Afghanistan.

He is survived by his wife, four sons, and his grandmother and grandfather.