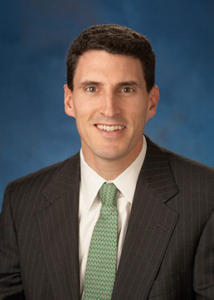 Michael is global head of Capital Markets Distribution at Goldman Sachs & Co. He joined the firm in 2000 in the Equities Division and was named Managing Director in 2006.

Prior to joining Goldman Sachs, Michael was a principal at Sanford C. Bernstein in the Institutional Equity Sales Trading Department from 1996-2000. Earlier in his career, he worked in Smith Barney’s Fixed Income Capital Markets Group.

In addition to serving on the board of Army Ranger Lead The Way Fund, Michael is a Trustee of the Larchmont Manor Park Society.

Michael earned an AB in History from Harvard College in 1993.