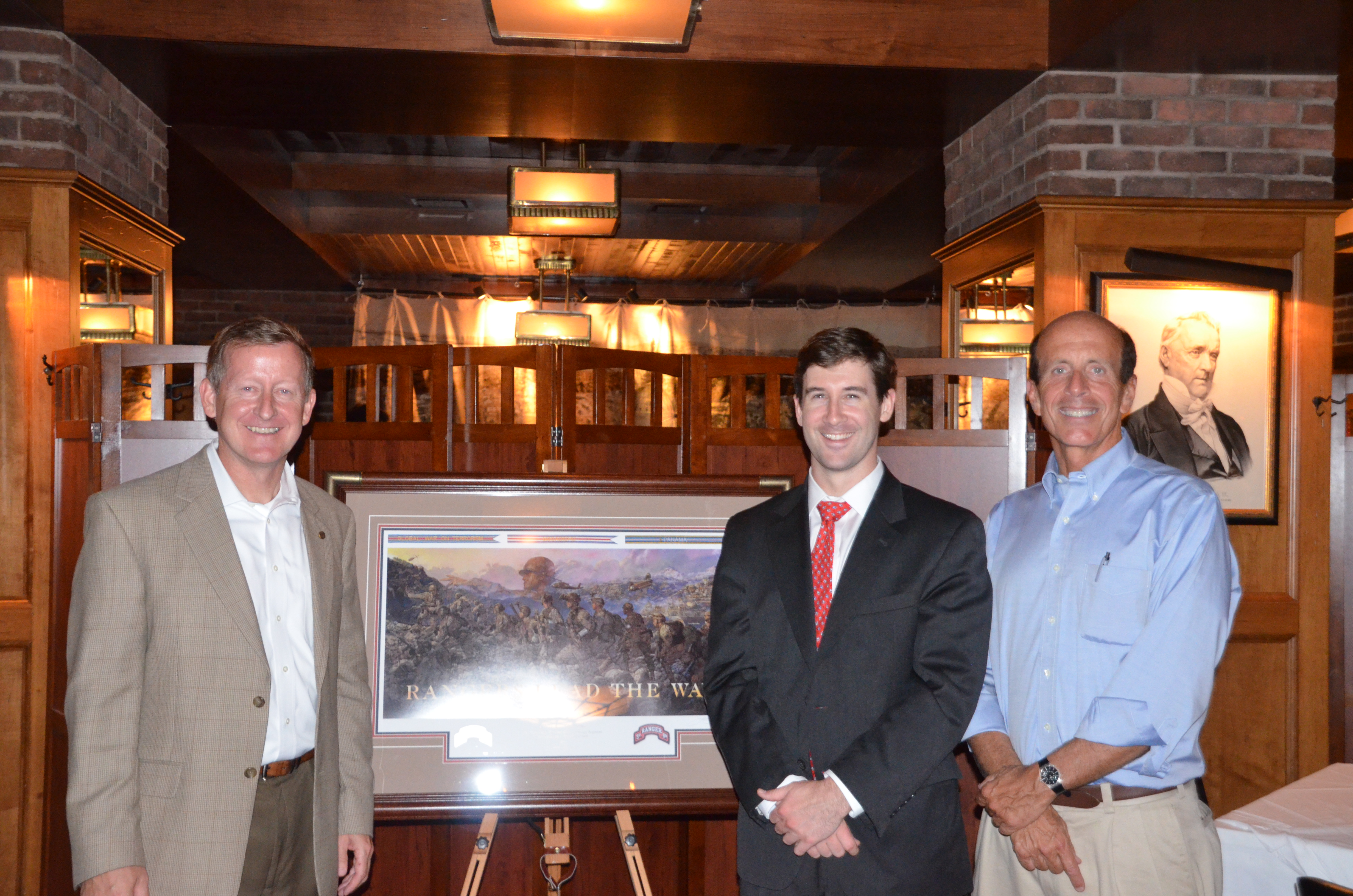 Lead The Way Fund would like to announce that we have expanded our operations to the Washington, D.C. metro area to assist with our fundraising and increase linkage with the USSOCOM Care Coalition Wounded Warriors and families.

The Washington Team is up and running and has already held some great events.

The D.C. team hosted a hockey night out in January with members of the Wounded Warrior team from Walter Reed / Bethesda and several active duty Rangers from 1/75 Ranger Regiment from Savannah, GA.

The first Friends of Lead The Way Fund Social was held at PJ Clarkes in D.C. on May 10, 2012 and was a large success with nearly 50 people in attendance.  A wide variety of personnel were in attendance including Lead The Way Fund advisors, Army Rangers, USSOCOM Care Coalition Wounded Warriors and Liaison personnel. The team recently held another Social on September 5th which was also a great evening.

The major event for the D.C. team this year will be the Army Ten Miler on October 21, 2012.  There will be 8 teams running (64 people) and supporting with fundraising for the Lead The Way. There will be a dinner prior to the run and we will have a HOOAH tent set-up at the race so stop by if you are in the area!

The D.C. team is planning for a spring golf tournament in May of 2013 so stay tuned for more information. We are very excited about our growth in this area and look forward to new events in our Nation’s Capital.

For more information about our Washington, D.C. Committee and how you might be able to get involved please contact Larry Moores at [email protected]