“I not only wanted to challenge myself physically and mentally but I wanted to prove to myself that I belonged among the most elite soldiers in the world.”

After graduating from Gilbert A. Dater High School in Cincinnati, OH, In 2010, Joshua Hargis enlisted in the Army in 2010 and fulfilled his dream of becoming one of the most elite soldiers in the world.

While serving with the 3rd Battalion, 75th Ranger Regiment, Hargis was wounded in action during an October 2013 mission to capture a High Value Target in Panjwai district of Afghanistan. Four of the 36 rangers were killed by a suicide bomber, while many others were injured. Hargis sustained severe injuries, including the loss of both his legs. He survived for almost two hours before arriving at a hospital, a credit to his Medic Sgt. Bryan Anderson.

During his Purple Heart ceremony at his bedside, while bandaged and connected to breathing tubes, Hargis was able to gather enough strength to salute his Commander. The video of his salute from the hospital bed quickly went viral, earning the title the “Salute Seen Around The World”.

Hargis, his beautiful wife Taylor, and their two sons live in Tennessee and he is a member of the U.S. National Sled Hockey Team. 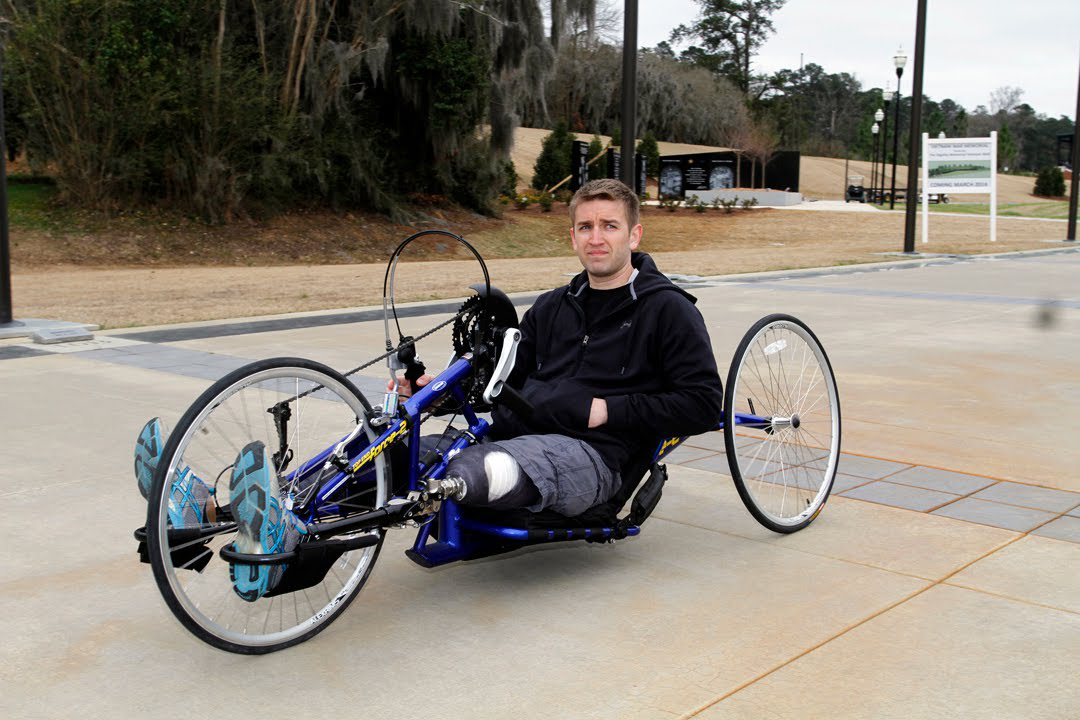