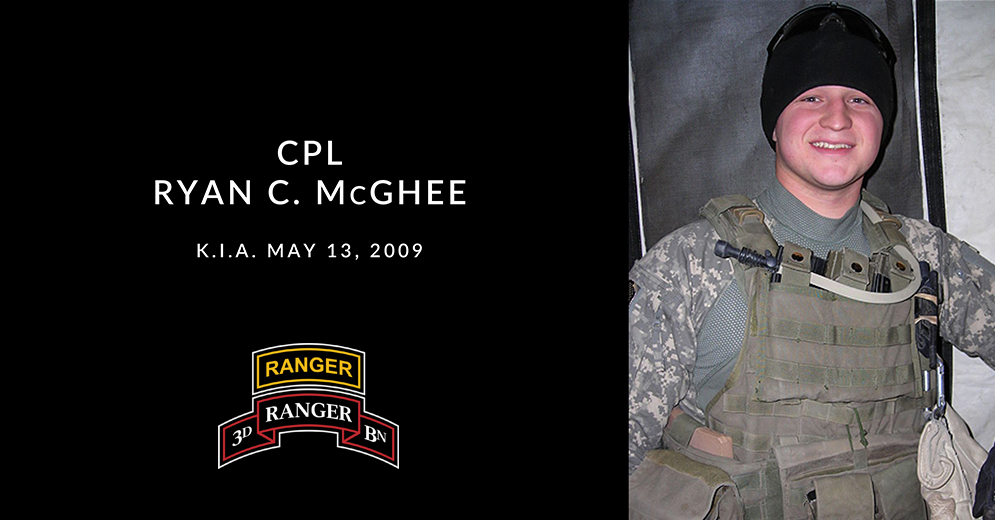 Cpl. Ryan C. McGhee, 21, was an automatic rifleman assigned to 3rd Battalion, 75th Ranger Regiment at Fort Benning, Ga. He was born on Nov. 4, 1987 in Pennsylvania.

He was killed by small arms fire while conducting combat operations in Central Iraq, when his unit came in contact with enemy forces. The unit was conducting operations to rid Iraq of a weapons facilitator and suicide vest cell known to be operating in the area.

McGhee was on his fourth deployment in support of the War on Terror with three previous deployments to Afghanistan.

He graduated from the Ranger Indoctrination Program in February 2007 and was then assigned to Company B, 3rd Bn., 75th Ranger Regiment March 1, 2007. McGhee served as a Rifleman and Grenadier in Company B before serving as a Weapons Squad Team Leader with Company D.