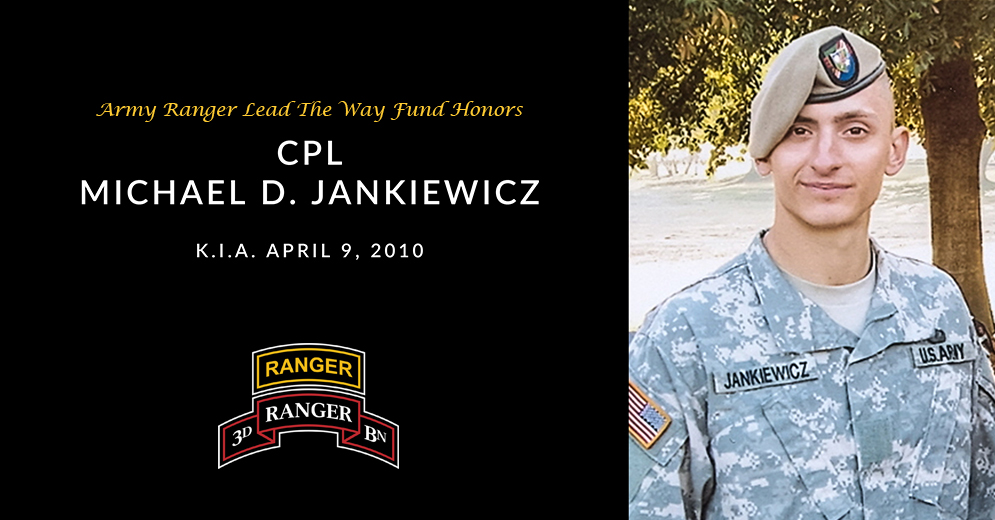 Jankiewicz was killed during a combat operation in Zabul Province, Afghanistan April 9, 2010, when the CV-22 Osprey aircraft in which he was riding crashed. He was rapidly pulled from the wreckage and treated by unit medical personal, but succumbed quickly to the injuries he had sustained.

Jankiewicz was on his fourth deployment in support of the War on Terror with one previous deployment to Afghanistan and two to Iraq.

Following graduation from the Ranger Indoctrination Program, Jankiewicz was assigned to Company A, 3rd Battalion, 75th Ranger Regiment in May 2007 where he served as a Grenadier, Machine Gunner, and Machine Gun Team Leader.

He was posthumously awarded the Bronze Star Medal and Meritorious Service Medal.