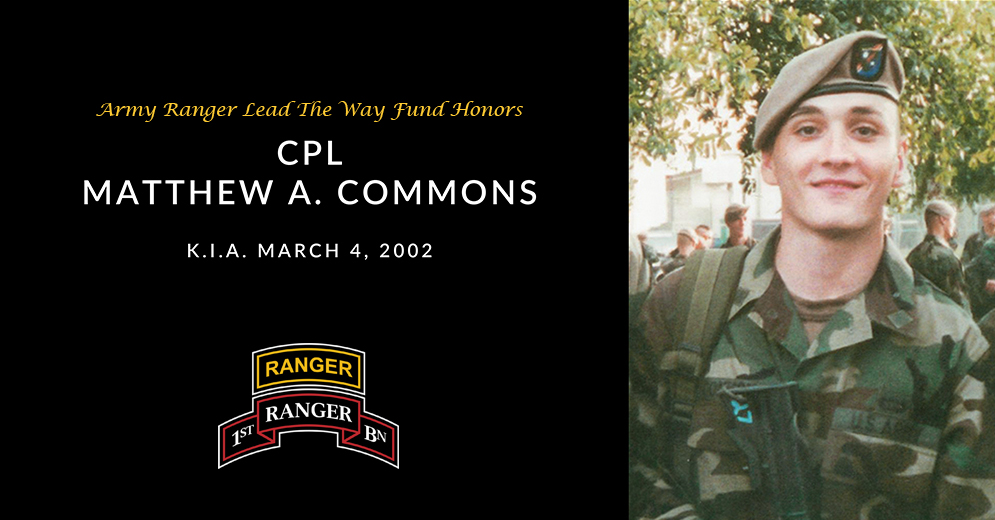 Matthew A. Commons, 21, was from Boulder City, Nevada, and volunteered for military service with the United States Army, July 7, 2000.

Corporal Commons was a M203 Grenade Launcher Gunner while assigned to 1st Battalion. He was killed while fighting the Taliban and Al-Qaeda during Operation Anaconda, the most intense fighting thus far in Operation Enduring Freedom in Afghanistan. He died March 3 in combat after enemy gunfire forced down a MH-47 Chinook helicopter, in which he and his fellow Rangers were aboard.

As a Ranger, Corporal Commons distinguished himself as a member of the Army’s premier light-infantry unit and was a highly trained and motivated soldier. He was posthumously promoted to corporal from private first class.

His parents, Mr. Greg Commons and Ms. Patricia Marck, both of Alexandria, Virginia, survive him.