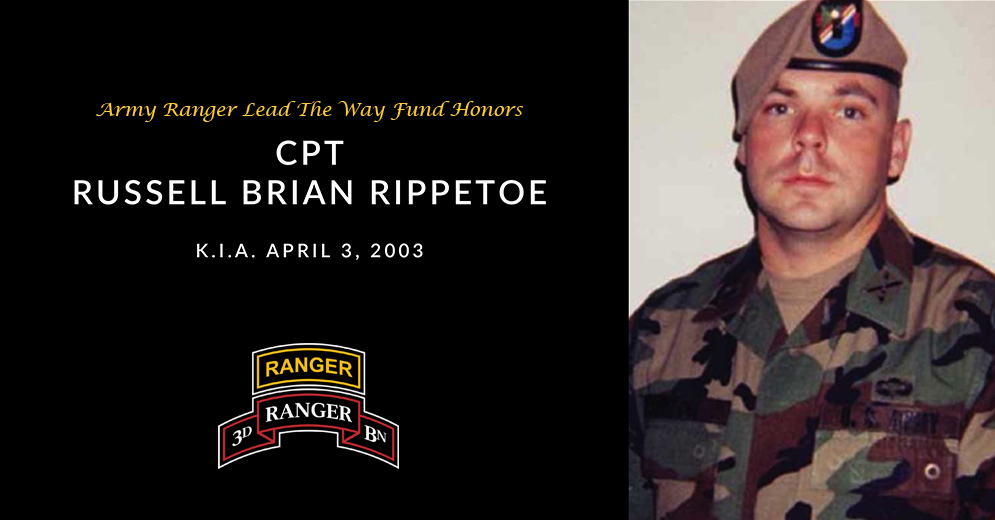 Captain Russell B. Rippetoe was born July 21, 1975. A native of Colorado he was commissioned into the Army as a Field Artillery officer on August 9, 1999. He died in combat after a civilian vehicle exploded at a Coalition checkpoint 18 km southwest of Hadithah Dam in Iraq.

From October 2001 until January 2002, Rippetoe deployed to Afghanistan in support of Operation Enduring Freedom.

His awards and decorations include two Army Commendation Medals, the National Defense Service Medal, the Armed Forces Expeditionary Medal, the Army Service Ribbon, the Ranger Tab and the Parachutist Badge. He was posthumously awarded the Bronze Star Medal for valor and the Purple Heart.