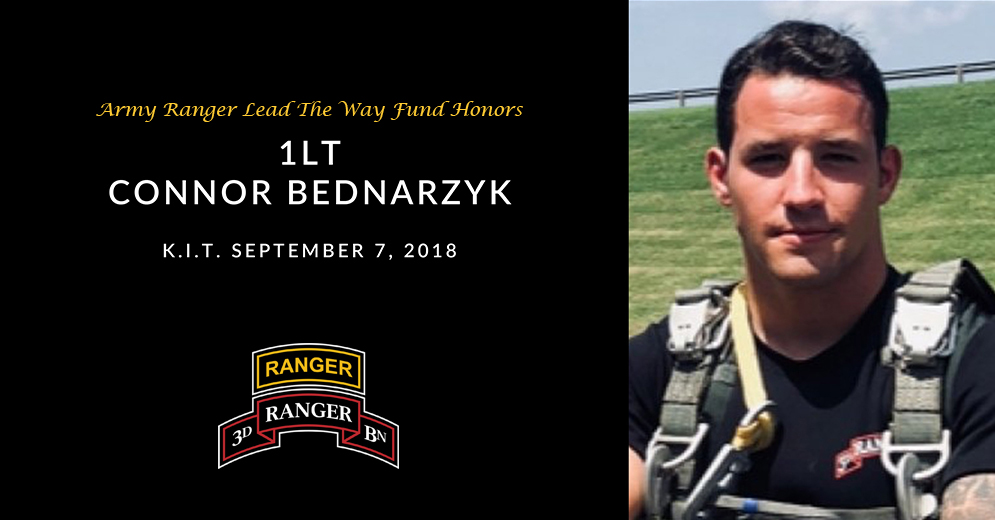 “First Lieutenant Connor Bednarzyk was an amazing Ranger, leader, and friend.” said Lieutenant Colonel Michael Klopper, Commander 3rd Battalion, 75th Ranger Regiment. “He was known throughout the Battalion for his caring and positive attitude. He will be missed by all.”

Bednarzyk is survived by his parents and his siblings.