On March 22, 2015, Army Ranger Lead The Way Fund proudly supports a 5 member Ranger team in their effort to compete in the 25th Annual Bataan Death March Memorial at the White Sands Missile Range in New Mexico.

These Rangers will march 26.2 miles, through arduous conditions, including heat, sand, dirt and wind gusts to honor the Heroes of WWII and raise funds on behalf of Army Ranger Lead The Way Fund which aids all the men and families of the 75th Ranger Regiment.

These Rangers will participate in the “Military Heavy” category which requires carrying a 35lb ruck. Making this task even more challenging, all members of the team must cross the finish line within 20 seconds of each other. Failure to do so will result in disqualification. Any team finishing with less than 5 members will be disqualified and no team can abandon or leave behind a member.

RANGERS LEAD THE WAY! ALL THE WAY!

The LTWF provides support to active duty Rangers to participate in events such as the Bataan Death March in compliance with the Department of Defense Joint Ethics Regulation. Support of active duty Rangers is not intended to be a fund raising venture by LTWF and is not conducted to the benefit of the 75th Ranger Regiment or the Special Operations Command.

http://www.firstgiving.com/fundraiser/StevenGilbert/isupport-lead-the-way-fund-2015
******************************************************************************
The 25th Annual Bataan Death March Memorial is an event started in 1989 by the Army ROTC Department at New Mexico State University to honor the heroes of WWII that experienced the grueling march for days in the scorching heat through the Philippine jungles. The event consists of a 26.2 miles course divided into several team, individual as well as light/heavy categories. Since its inception, the memorial march has grown from about 100 to some 6,500 marchers from across the United States and several foreign countries. While still primarily a military event, there is now a civilian category.

Rangers On the Ground 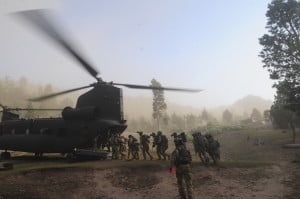 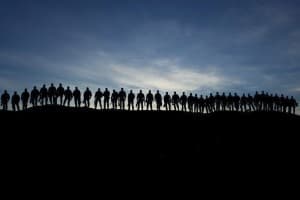 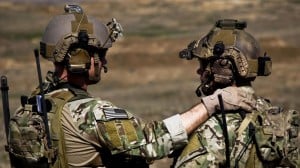