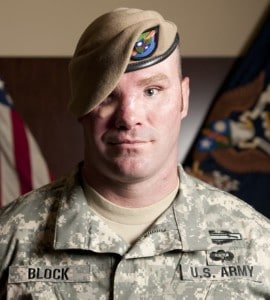 My name is Sgt Tom Block. I was injured October 5, 2013 in southern Afghanistan. The injuries that I suffered were the loss of my right eye, limited vision in my left eye, multiple shrapnel and burn wounds, a collapsed left lung, and a broken foot.  I was treated at Walter Reed Hospital in Bethesda, MD for over a month, and the Lead the Way Fund was able to assist with transportation costs for my family to be there to support me during my recovery. When I finally returned to Fort Benning, I moved into a house because the barracks were not wheelchair accessible. The Lead the Way Fund was able to provide the means to set up a fence in the yard for my dog. They also supplied me with a TV that is large enough for me to see, which is set up to our computer and will allow me to complete my degree. And then again, when I was named the 2014 Military Times’ Soldier of the Year, the Lead the Way Fund was there to show support to one of its Rangers. I can’t thank them enough for all that they’ve done over the past year.

Pushing It To The Limit Three Ways

Locals run for themselves and a cause in triathalon

At 6 a.m on a blustery Saturday morning, 1600 people arrived at Theodore Roosevelt Memorial Park to participate in the 27th annual Runner’s Edge Tobay Triathlon and Tri-Relay Race. The participants were drawn from a wide age range. They came from all over Long Island and upstate New York, a few were from out of state, and in some cases, had disabilities. But they all came with one goal in mind — to finish.

Jeffrey Hussey, a 28-year-old Garden City resident, has done this race three times and this was his fifth triathlon this summer.

“I got into this after school. I work in finance and I started to put on a little weight. I used to play college lacrosse and I knew as an athlete, this was not what I wanted, so I got into triathlons. I lost 25 pounds, got healthier and I feel great every day.”

Sporting a camouflage outfit, Hussey went on to explain that he also runs for a reason.

“I run for Lead the Way Fund. It is a local Long Island Fund in honor of Jimmy Reagan. He was a Chaminade boy who played lacrosse and gave up a Wall Street law degree opportunity to serve in the military and unfortunately lost his life in Afghanistan at 24. I work with the Lead the Way fund and help raise money and awareness for wounded army Rangers and their families.”

Parents Bob and Deb Hussey were at the finish line to cheer their son on. Deb Hussey was beaming as her son crossed the finish line. “I am extremely proud of my son. I always have been. He does this probably eight times a year and he always chooses a wonderful [organization] to support. For the past four years, he has been running for the veterans, which is so important.”

The course starts out as a half mile swim in Oyster Bay Harbor, then a 9.3 mile bike ride through Oyster Bay, Laurel Hollow, and Cove Neck. The route is very hilly but finishes with a 2.9 mile downhill to the finish. The riders then have one more leg of the race—a 3.2 mile run through Mill Neck and Brookville, up to Planting Fields Arboretum and back down to Roosevelt Park to the finish line.

Matthew Loesch is a 36-year-old Garden City resident who works in finance and has done this 14 times. He explained how triathlon changed his life.

“It promotes discipline. Instead of going to the doctor and spending money on co-pays, I put it towards triathlon entry fees. It’s a lot of fun and forces you to get out and do things.” 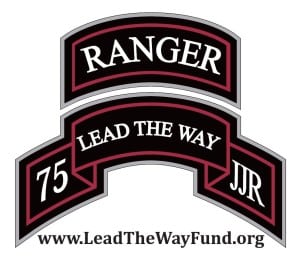 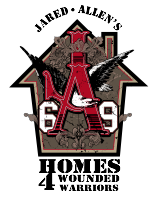 Phoenix, AZ., Tuesday, May 20, 2014 – Army Ranger Lead The Way Fund and Five-Time NFL Pro Bowler, Jared Allen, and Jared Allen’s Homes for Wounded Warriors are excited to announce their recent collaboration effort to purchase, remodel and donate a handicap accessible home in Gilbert, Arizona to local wounded war veteran, Army Ranger, Sergeant First Class (SFC) Cory Remsburg. Since 2007, Army Ranger Lead The Way Fund has been dedicated to assisting our active duty & wounded elite Special Operations U.S. Army Rangers, and the families of Rangers who have been killed, with health, wellness and other financial aid programs beyond what the Government and Veterans Affairs are able to offer. The Fund has been supporting SFC Remsburg and his family since he sustained his life altering injuries in 2009.

Modifications to the home will be completed by, Veteran-owned, Peak One Builders and Restoration. Adaptations will include: widening of all doorways, installation of all new appliances and fixtures in the bathrooms and kitchens and as well as new flooring. The house will also include a large gym for Cory’s extensive rehab; a guest home for Cory’s live-in caregiver; an automated home control system; and a wheel-in pool for underwater rehabilitation with a therapeutic jacuzzi.

Additional financial contributions to this project were made by Ride 430, an annual 430 mile charity bicycle ride which is operated by The Free Wheel Foundation. For more information visit http://www.ride430.com

“When we were introduced to Jared Allen’s Homes for Wounded Warriors we knew immediately that collaborating with them to purchase and modify this home for Cory was going to be a good partnership. Working together has given us the ability to make the assets we have available through our Wounded Ranger Recovery Program to go much further, stated James P. Regan, Chairman & CEO.  “Cory is an extraordinary young man. Having seen how far he has come through his recovery and rehabilitation efforts, it is an honor to purchase this home for him and help him regain some of the independence he has longed for. With several other Rangers in the queue for homes, and in need of our assistance, we look forward to working with Jared Allen’s team again on these future projects,” Regan added.

“I first heard Sgt First Class Cory Remsburg’s incredible story in 2013 and knew that he was someone we needed to assist. Through current supporters of my charity, Jared Allen’s Homes for Wounded Warriors, we were able to reach out to The Army Ranger Lead the Way Fund who had been helping Remsburg out since his injury in 2009. We knew right away that this was a perfect partnership between our two organizations and together we could make a true positive impact in the life of another hero. We look forward to completing this home for Cory Remsburg and continuing to work with The Army Ranger Lead the Way Fund.”

Army Ranger, Cory Remsburg, joined the Army when he was 18 years old. He went through rigorous and specialized training to become an elite Army Ranger, and was deployed to Iraq and Afghanistan 10 times. He spent a total of 39 months in combat and was eventually promoted to be the leader of his company’s heavy weapons squad. On October 1, 2009, Remsburg and his platoon hit a roadside bomb in Kandahar, Afghanistan and the immediate explosion nearly killed him. He was found face down in a pool of water with shrapnel lodged in his brain. Remsburg was in a coma for more than three months and after undergoing dozens of surgeries, he is still blind in his right eye and is partially paralyzed on his left side. After years of rehabilitation centers and hospitals, Remsburg now lives at home with a full-time caregiver in Phoenix, Arizona.

ABOUT RANGER LEAD THE WAY FUND:

Lead The Way Fund, Inc. is a non-profit organization established to raise funds in support of disabled U.S. Army Rangers and the families of Rangers who have died, been injured or are currently serving in harm’s way around the world. Lead The Way Fund, Inc. will provide spouses and children of deceased, disabled or active duty Rangers with assistance for health and wellness programs and other services determined to be vital to the family’s well-being, beyond what the government can offer.  For more information please visit:  https://www.leadthewayfund.org

Jared Allen’s Homes for Wounded Warriors is a non-profit organization created for the sole purpose of raising money to build or modify homes for America’s injured Military Veterans. Jared Allen’s Homes for Wounded Warriors was established in October of 2009 after NFL Star, Jared Allen returned home from a trip to the US Military Bases in the Middle East.  Jared was moved by the commitment, dedication and sacrifices that our soldiers make every day to protect our freedom.  It is Jared’s hope that this foundation will help make the lives of wounded vets a little bit easier.