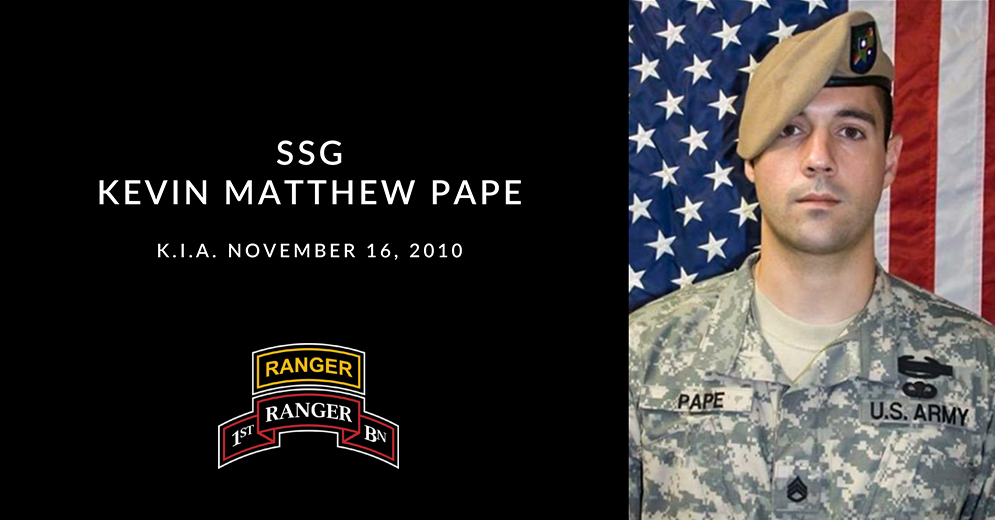 SSG Pape graduated from the Ranger Assessment and Selection Program and was then assigned to Co. C, 1st Bn., 75th Ranger Regiment in April 2006, where he served as a machine gunner, team leader and squad leader.

He was posthumously awarded the Bronze Star Medal, the Purple Heart and the Meritorious Service Medal.

SSG Pape is survived by his wife Amelia Rose Pape, his daughter Anneka Sue, both of Savannah, Ga., and his father Marc Dennis Pape and sister Kristen Michele Pape, both of Fort Wayne, Ind.

As a Ranger, SSG Pape selflessly lived his life for others and distinguished himself as a member of the Army’s premier light-infantry unit, continuously deployed in support of Operations Iraqi Freedom and Enduring Freedom, and fought valiantly as he served his fellow Rangers and our great Nation.